The Greek crisis seen from Slovenia: the “Southern Brothers” syndrome 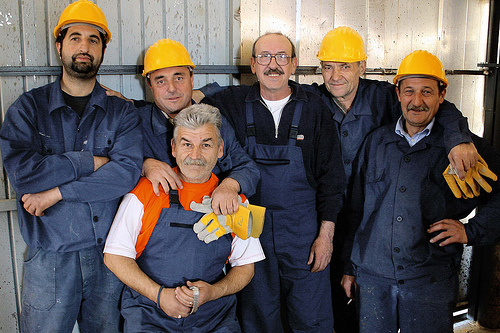 For decades, Slovenians looked with growing bother at the aids destined to the “less developed areas” of Yugoslavia, often considering them an unjust squander intended for the privileged and the lazy. Today, with the Greek crisis, in Ljubljana the syndrome of the “Southern brothers” seems to have reappeared, but this time in an EU context

The “Southern brothers”: for decades an actual obsession for Slovenia. At the time of the Yugoslavian Federation, the aids destined to the “less developed areas” of the country brought more and more annoyance and perplexities. Slovenian money was thought to be wasted or, all in all, going to lazy people.

With the dissolution of Yugoslavia first and with the entry into the European Union afterwards, Ljubljana thought it had once and for all rid itself of its South and the Balkans.

Slovenians had gone to great lengths to “enter into Europe”. With the “first in class” syndrome, they had worked very hard so to balance their books. They soon realized, however, they were running the risk of having to pay more money in the coffers of the Community than what they would receive from Brussels.

Only a few months before the accession of Ljubljana to the European Union, this did not fail to bring about worry and more than one cross comment insofar as that, all things considered, being too hard-working did not pay off. Someone started evoking scenarios similar to those of the old Federation.

The outbreak of the Greek crisis caused Ljubljana to be more and more confronted with its ghosts from the past. Without wasting any words, the conservative weekly Demokracija has recently written that it is as in former Yugoslavia: apart from its problems, Slovenia will have to solve those of its “Southern brothers” also, with the only difference that it is in the European Union, now, and its “Southern brothers” are no longer Kosovars, Macedonians or Montenegrins, but the Greeks.

Notwithstanding the many perplexities, Ljubljana played its part in rescuing the Hellenic country from the financial crisis. Its contribution amounts to almost 400 million Euros, which means 0.48% of the total aid package that the countries in the Euro zone will earmark for Athens.

The Slovenian Prime Minister, Borut Pahor, however, has not failed to point out that Ljubljana will keep watch on the aid plan and has underlined that if the criteria imposed are not scrupulously met, the funding will be stopped.

To help Greece, but also to consolidate its public finances, Ljubljana has announced spending cuts. It is about reducing the budget deficit, which last year was reported at 5.5% of the GDP. Meanwhile, Slovenia also has to come to terms with a strong and sudden rise of the public debt, which went from 22.8% of the GDP in 2009 to 35.7% in 2009.

Anyways, the country does not want to lose control over public spending, also because it does not want to be excluded from the leading group. In Ljubljana, ghosts of a two-speed Europe are remembered, and there is a strong feeling that the wagon must be kept attached to the fastest locomotive, even if it means making sacrifices.

There is now open talk about the need to create mechanisms to “make” a state leave the Euro zone if it does not or cannot respect the parameters established. Besides, many commentators did not fail to underline that, to adopt the common currency, Slovenia had to meet all the five Maastricht criteria, while such rigor was not applied to the first acceding countries. Greece, Italy and Belgium were allowed to accede with a public debt well higher than the threshold, while other countries were able to not meet some other parameters.

Aids to Greece have thus caused and still feed great perplexities. According to some, the money that will be allocated will never be returned, while the leader of the opposition, Janez Janša, has claimed that the measure is unjust and ineffective. Janša pointed the finger at the Greek public debt, but most of all at the fact that the country’s actual macro-economic data were concealed. It is not the first time this is happening, he stated, since Athens apparently did it at the moment of its entry in the Euro area.

In Slovenia it was made clear that the money granted to Athens is taken out of the local workers’ mouths, who apparently are worse off than the Greek ones. The same Pahor, last March, stated that it is difficult to pretend a Slovenian worker, who by law retires at 65, to help a Greek one who, instead, retires at 55.

Considering the Slovenian perspective, Greece is a country of privileged people. Journalists and politicians raced to underline how the Hellenic public employees receive two extra salaries every year and even income support if they get to work on time. Benefits unimaginable for Slovenian workers, who in general can count on wages that are, on average, lower.

It is hard, moreover, for Ljubljana to understand the demonstrations in the Greek streets against the rescue plan adopted by the Hellenic government. In Slovenia, people are not used to violent and harsh confrontations and usually problems are solved through social concertation. The same happened at the beginning of the economic crisis: the government wanted to apply cuts in the public sector, but the unions did not even want to hear about it. In the end, though, it was enough for Pahor to raise his voice to have the unions accept the freezing of the wage hikes previously promised to public employees.