Too soon, too late, too little 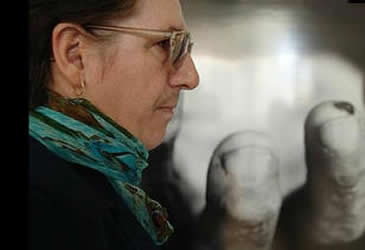 After 13 hours of heated debate, the Serbian Parliament approved (127 yes votes from 250 deputies) a resolution condemning the Srebrenica massacre. The document contains apologies to the victims' families, but does not use the word “genocide”. A commentary

“The Parliament of Serbia strongly condemns the crime committed against the Bosnian Muslim population of Srebrenica in July 1995, in compliance with the resolution by the Hague International Criminal Tribunal, and expects similar recognition of crime against Serbs from the other former Yugoslav states”, reads the beginning of the Srebrenica resolution voted by the Serbian Parliament on 31 March 2010.

The resolution strongly condemns all sociopolitical processes and phenomena shaped by the belief that national goals can be accomplished by armies and physical aggression against people of different ethnicity and religion. It also offers “condolences and an apology” to the families of the victims because “not everything was done to prevent the tragedy”.

According to the resolution, Serbia is doing its best to fully cooperate with the International Criminal Tribunal for the former Yugoslavia (ICTY) and a crucial element is the capture of Ratko Mladić. To avoid the repeat of such crimes, the resolution also invites states that emerged from the former Yugoslavia to follow up with a reconciliation process and create the conditions for developing peaceful coexistence based on equality, freedom, and complete respect of human and minority rights.

The resolution raises a number of dilemmas: Too late or too soon? Too little or too much? Expression of an internal need or of an external order? Political trick by Belgrade or counterproductive move? A step towards European integration or towards laying the ground for a future compensation request? A sign of unity in the government or a prelude to new elections?

The resolution was approved with a thin majority: only the 127 delegates of the ruling coalition (parliament has 250 members) voted in favour. A press release from Serbian president Tadić states, “The Serbian parliament, citizens, and people clearly showed their rejection of this appalling crime for which they are not to be held responsible. It is an important historical fact and a great day for Serbia and its citizens”. Although it is not clear why the resolution was approved in such a rush and whether there was external pressure, it does represent the most significant institutional recognition of Srebrenica crimes. So far, only verbal apologies had been offered – no public institution had condemned the crimes of the 1990s.

On the one hand, the word “genocide” is never mentioned, which leaves unsatisfied Srebrenica's families as well as those who believe only an explicit mention of genocide would do justice to Serbia's duty of distancing itself from the crimes. The current political elite was not brave enough to go beyond the minimum requirements of the ICTY. On the other hand, the sometimes generic resolution also demands recognition and apologies for crimes against the Serbian population.

However, the resolution directly expresses a political compromise between the ruling parties, some of whom were governing when the crimes were committed in 1995. It considers the interests of the the Democratic Party, the G17 Plus, the Socialist Party of Serbia, the League of Social Democrats of Vojvodina, and the Social Democratic Party of Serbia (a predominantly Sandzak Muslim party led by Rasim Ljajić). If it was difficult to reach a compromise within the ruling coalition, then observers in Serbia and in the international community understood it would be impossible to find consensus across the whole parliament.

For some in the extreme left, the resolution is inadequate because it does not mention genocide. For others, it “betrays Serbia” and serves as a basis for more accusations, humiliation of Serbian victims, and destabilisation of Republika Srpska. For many, the resolution comes too soon – for others, too late. Many regret that Croatia, Bosnia, or Kosovo has not expressed similar condemnations and apologies. Others argue that Serbian society is not yet ready for such a step and the ruling coalition will be punished at the next elections because of the resolution.

However, the resolution has not shaken Serbia. No organised protest, no destruction in Belgrade – and no open support, either. It is too soon to see if Serbian society is finally ready to face the past, but maybe we can conclude that Serbian citizens have silently accepted what is, for most, another unpleasant page of the past.

Clearly, most prefer to forget the wars, long to turn this page, and find the resolution painful and in many ways incomprehensible. Yet, I believe that Serbians will accept it as a necessary step to relieve the burden of the past from the shoulders of the citizens. At the same time, I do not see the resolution exclusively as an expression of the current political elite’s courage or a need for moral purification. Unfortunately, not many in Serbia think so. The necessity of the resolution was certainly acknowledged by some politicians – time will tell how much “support” they got from international partners.