Belgrade and Pristina off the beaten tracks 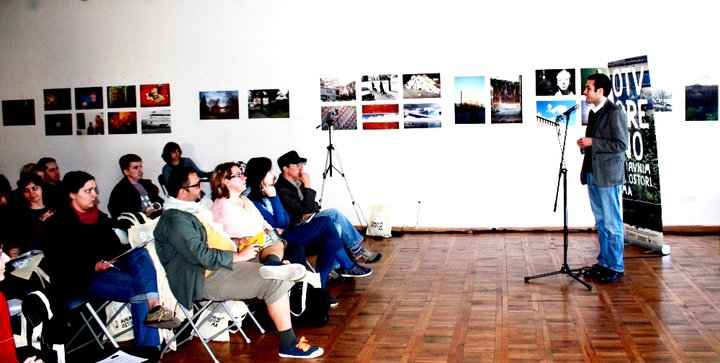 At the KG in Belgrade

Belgrade goes to Pristina and Pristina goes to Belgrade free of cold diplomatic formalities and extenuating negotiations. No political misunderstandings, no definitions: here is how two young photographers from the two cities achieved this goal

The project spun from the idea of a young woman from Belgrade, whose aim was to make it possible for people from both capitals, especially young people, to communicate and share their views and experience of life in the city. For some weeks, young people from Belgrade and Pristina shared pictures, places, messages, feelings, without specifying in which of the two cities the picture was taken. In this way, they found things in common and overcame psychological barriers between their two Peoples. The pictures were shown at the alternative cultural center 'KC' in Belgrade, and are now in an exhibition in Pristina at the Tetris gallery.

An idea from overseas

Ana Dragić is the young woman from Belgrade who started the project. Everything started in the United States, during a period of study-abroad. “The USA are too big a country: the American way of socialising is very formal, superficial, so different from ours. So I made friends with a young woman from Kosovo who was undergoing the same difficulties as me. It was surprising, I would have never imagined we could be that similar. At the beginning, I was on the defensive: I only had a handful of notions on Kosovo and Kosovars and this did not help me understand my new acquaitance. But when she had to go through really hard times, I was there for her, stood by her and we became true friends”.

While she speaks, her eyes fill with energy. She is a resourceful young woman, like many of the most ambitious youth from the Balkans. “I decided I had to do something in order to get people to know Kosovo and the Kosovars. In Belgrade we have no information whatsoever on Kosovo, apart from some macro-political notions. We do not know how people live in Pristina, which kind of city it is. All we see on TV are the gray buildings from the Communist era and old men wearing their plis”. 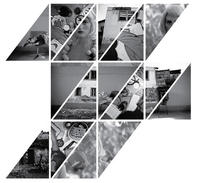 The exhibition is linked to a web portal on which you can see the pictures shown www.facethereflection.com

At the end of her year in the United States, the young woman from Belgrade had to produce a project with practical applications on relations between Serbs and Kosovars. She had several ideas, but most of them were delicate and difficult to actually implement in an environment where psychological barriers still had to be overcame and war memories are still too vivid to be rationalised in a short-term project. “I found a solution. I had to use a means which was neither potentially dangerous nor misunderstandable: in short, I had to find a universal language. There was nothing better than photography.”

Young Kosovars certainlydo not pack their things and go to Belgrade every day. They do it even less often in order to take part in a photograph exhibition. “I was scared, I was very tense before I left. But, at the same time, I had heard that Belgrade is such a large and beautiful city. I am a photographer, I just love going around foreign cities and take pictures” said Petrit Rrahmani, a young photographer who works for Express, a weekly magazine based in Pristina.

“I had developed an irrational fear of Pristina, because I used to associate it to my childhood. When I was a child, whenever I heard someone speaking in Serbian, I got really scared. Even the word “Serbian” used to scare me. Then, in 1999, some Serbian soldiers knocked at our door and forced us to leave. You never forget this kind of thing and you just can't keep them off your mind. Even if I knew I would be dealing with Serbian artists, not soldiers. During the journey, I was afraid of the idea of Belgrade itself and the Serbs I would meet there. But when I got to Belgrade, already on the second day I felt at home”. Petrit can now minimize his fears; he wants to go back and stay longer, in order to take more pictures of the city.

Trendeline Bucolli, a young woman form Pristina, has a totally different story to tell. “I speak Serbian, because when I was a child I used to play with my Serbian neighbours. Then, for a long time, I did not speak Serbian and I was starting to forget it. It was beautiful to have the opportunity to speak it again”.

Rina Krasniqi, a young photographer from Pristina, said she her experience in Belgrade was definitiely positive and added: “My generation was raised on patriotism. Unconditional love for Albania, an idealized image of Tirana and life in Tirana. I would have never imagined I would take part in a cultural event in Belgrade one day. Now I am re-thinking my patriotism and all of our values, which no one has questioned so far”.

“Pristina is smaller than Belgrade. It is a typicalBalkan city, with former Communist architecture and several alternative spots. I felt at home, as always when I am in the Balkans" stated Ana Dragić, the creator of the project. Although young Kosovars are very detached from their peers from former Jugoslavia and, as many Kosovan analysts and intellectuals have remarked, they are deeply marked by idiosincracy towards all that is Serbian and former Jugoslav, the young Serbs never had any accidents. “We were only asked us to speak in English and not Serbian, everything else was normal” said Ana Dragić.

It was a new experience, a mutual discovery, a challenge to recent history and collective psychological barriers. The exhibittions got the attention of the media both in Belgrade and Pristin but were inevitably put in second place in thedebate. Nevertheless,they are the wordless world with no misunderstandings where the two cities and their youth all look so similar.

“Pristina was a discovery. While the project was being developed, during the exchange of our pictures with no names and explanations, we bet on many on them that they were taken in Belgrade, while we later found out that they were, in fact, taken in Pristina" said Iva Cukić, one of the photographers.