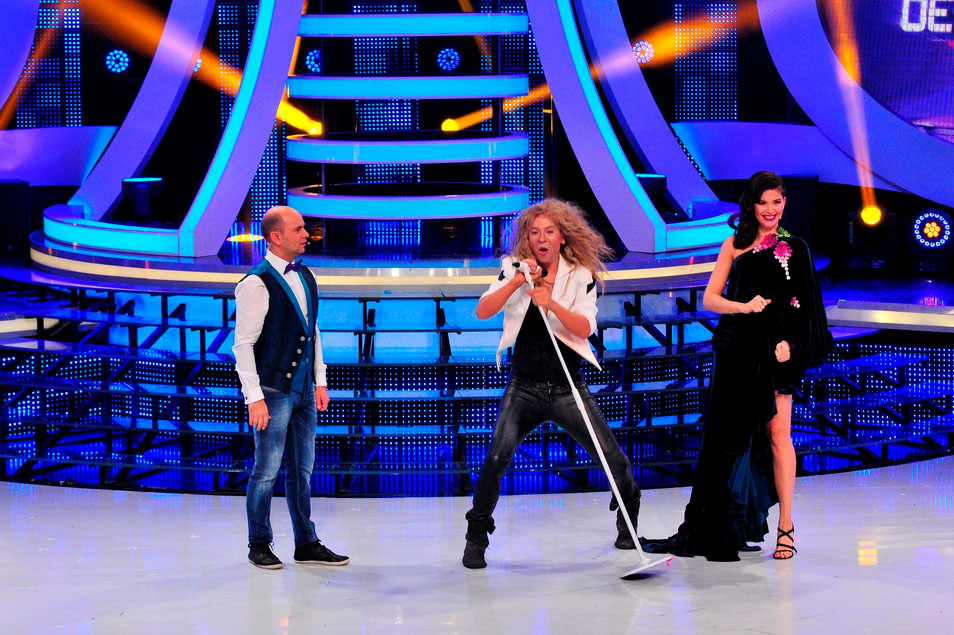 Romanian television channels and the owners behind them: the cases of "Antena 1" and "Realitatea TV". A report on Romania, media ownership, and freedom of the press

It is not news that television is the favourite of mass media consumers in Romania, as in other countries. In theory, this should imply the highest level of attention, responsibility, and professionalism. It goes without saying that theories of ethics have nothing to do with the need for audience, often associated with sensationalism or political propaganda.

According to paginademedia.ro , the Romanian TV channels that in 2016 received the highest number of sanctions by the National Audiovisual Council include Antena 1 (general networks), România TV, and Realitatea TV (all-news networks). But what is the background of these networks and their previous and current owners?

Antena 1, created in 1993, is now one of the most popular television channels in the country. It is part of the Intact Media Group and belongs to the GRIVCO Holding. The history of the group is related to the figure of Dan Voiculescu, who was found to be a former collaborator of Securitate by the Supreme Court of Cassation and Justice in 2011. After the Revolution, Voiculescu became a politician and entrepreneur. He was senator until 2012, when he resigned. He is among the richest men in the country and the founder of the Intact Media Group, which, alongside Antena 1 and Antena 3, includes daily newspapers (Jurnalul naţional and Gazeta Sporturilor) and radio stations. In 2014, Voiculescu was sentenced to ten years of imprisonment for money laundering in the ICA trial.

Realitatea TV, the first Romanian all-news television channel, was founded in 2001. At that time it was led by businessman and ex-politician Silviu Prigoană. Mostly known to the general public for the gossip programmes where he showcased his private life and frequent rows with his ex-wife, he ran unsuccessfully for mayor of Bucharest in 2012. In 2010, Realitatea Media was taken on by Sebastian Ghiță, owner of Asesoft, a holding company in the IT sector. Only a few months later, most of the shares were acquired by entrepreneur Elan Schwartzenberg (92%). In October 2011, the network was split up in parallel with the transfer of the Realitatea TV headquarters to the studios just outside Bucharest. Part of the staff decided to stay with former manager Sebastian Ghiţă, who founded a new channel, România TV. Since 2013, Realitatea TV has been managed by Cozmin Guşă and Maricel Păcuraru.

Elan Schwartzenberg, Maricel Păcuraru and Sebastian Ghiţă have long been in trouble with justice. Schwartzenberg was accused of collusion in corruption, and anti-corruption prosecutors ordered his arrest on May 30th 2016. The press release of the National Anti-Corruption Directorate reads: "In 2011, the defendant helped Morgenstern Avraham, sole administrator of a company, to hand over to Mazăre Radu Ştefan, at that time mayor of the municipality of Constanța, the total sum of EUR 175,000 in order for him to facilitate, both in the course of his duties and outside them – and in contrast to them – the awarding of a plush contract for the construction of the Henri Coandă Social Campus, for a value of 40,964,030 lei, excluding VAT (9 million Euros). (...) On the one hand, Schwartzenberg mediated the delivery of the sum of 175,000 Euros through an offshore company of which he was the beneficial owner; on the other hand, he facilitated relations between Mazăre Radu Ştefan and Morgenstern Avraham, being a friend of both. The offshore company is a company registered in the British Virgin Islands, holding accounts in Liechtenstein. All the transfers were ordered by Schwartzenberg as real beneficiary and executed by another person" (press release on mediafax.ro).

Maricel Păcuraru is an entrepreneur sentenced to 4 years in 2014, along with former director of the Romanian Post Company Mihail Toader, in the trial for insurance policies for employees, with an estimated injury of 4 million Euros. Accused of money-laundering and collusion in abuse of office, Păcuraru was released on parole at the beginning of this year.

Sebastian Ghiţă owns the Asesoft group and TV channel România TV. In the 2012 elections, he won a seat in Parliament. In 2002, he was accused of collusion in fraud and false statement over various oil transactions, which led to an annual loss of 20 billion lei (450,000 Euros). Indicted in the "Tracia – Asesoft" trial, he was found not guilty by the Bucharest Court in November 2011. In October 2009, his assets were estimated at around 100 million Euros. On October 23rd, 2011, he created the TV channel România TV and since 2012 he has been an MP for the Social Liberal Union (now disbanded, ed.).

Ghiţă is currently being prosecuted in various proceedings involving money laundering, unauthorised use of confidential information, blackmail, bribes, influence peddling, and driving without a license. In September 2016, he made a statement to the prosecution: "I participated in the falsification of the PhD thesis by Codruţa Kövesi, Chief Prosecutor of the National Anti-Corruption Directorate". Despite being a defendant and under judicial control, with a bail of 13 million Euros and a ban on leaving the country, Sebastian Ghiţă is currently being sought, as he disappeared in December 2016. He was last seen in Romania at a meeting with members of the Parliamentary Control Committee of the Romanian Information Service. Shortly after the disappearance, România TV, his own channel, began receiving and broadcasting footages showing Ghiţă making accusations against chief prosecutor Kövesi. In one of them, he argues that Victor Ponta gave her the direction of National Anti-Corruption Directorate because he was under blackmail.

In principle, although in trouble with justice, network owners and their circles should not influence the editorial policy of TV channels. Yet, there are several examples of pressure on freedom of the press. Following the verdict against Dan Voiculescu, prominent journalists of his channel jumped to defend their employer, saying that justice was corrupt and the verdict was political. In 2016, when the National Tax Administration Office sent the Intact group a new legal injunction for the evacuation of the premises, it was portrayed as an attack against freedom of information. This narrative was even supported by politicians, including Senate President Călin Popescu-Tăriceanu, who stated: "It is necessary to take a position before this attempt to repress freedom of the press". However, the confiscation had been ordered by a tribunal and involved the assets, not the license.

Likewise, România TV wassanctioned at the beginning of the year for "manipulation" and "disinformation" through false news during anti-government protests. In fact, it was political propaganda. Nevertheless, the audience has not decreased, although some companies have withdrawn their advertising in protest. So, how does the public behave, and how can we possibly sanction alterations in the press?

Ioana Avădani, director of the Center for Independent Journalism, says: "First, by switching channels. Second, with negative comments. Third, with complaints to the National Audiovisual Council for lack of information balance, which is mandatory for televisions. As regards the transparency of media ownership and the impact their owners have on us, I would like to say that I worked with the National Audiovisual Council to make the licensing database more transparent. The lists are on the Council's website. Has the audience of some radio or TV channel ever decreased when citizens learned that whoever managed it was a criminal? Let us recall that, in the end, we live in a country that was able to vote Cherecheş...(former mayor of Baia Mare, arrested in 2016 for bribes, ed.)".