Romania: journalism on the ridge 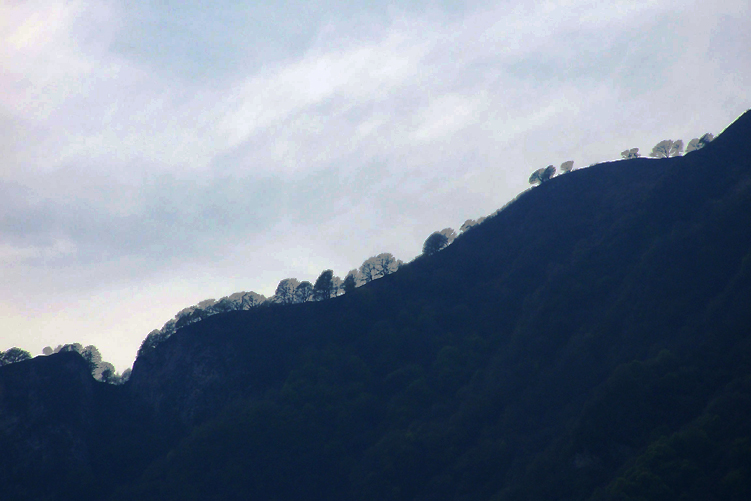 Are freedom of information and journalism in danger in Romania? An interview with Ioana Avadani, the Director of the Center for Independent Romanian Journalism

According to the latest report by Reporters Without Borders, Romania is in 42nd place on the ranking of Freedom of the Press worldwide. It has risen five spots in just one year. Do you agree with this modest promotion?

I don’t lend a lot of credence to these sorts of classifications, because they are extremely inaccurate. One country can improve its position simply because other countries have gotten worse. It’s not a country’s position in the rankings that counts but its score. That gives you a sense of the real value of the ranking.

By applying the same methodology from year to year one can really measure progress in the state of the media of various countries. If you look at the score for Romania over the last two years, you can easily see that the actual increase is barely half of a percentage point. And we perceive that we are making far too little progress. I am content however that the report emphasizes this.

In regards to freedom of the press we are not competing with other countries, but against ourselves. We are in such a pitiful position that it seems like even if we would race only against ourselves we would nonetheless come in second place.

In Romania, like in many other countries, freedom of the press is protected by the Constitution, but in practice it is undermined by the lack of financial independence of the publishing houses and by political and economic interests in the sector. One of the most visible manifestations of this came during the 2012 dispute between Traian Băsescu and Victor Ponta. What is the situation now?

The situation is the same if not worse. Financial instability is still present and the effects of the prolonged economic crisis are still visible in the Romanian media. The advertising market continued to contract even in 2013, declining to 295 million euros from 540 million in 2008. Advertising revenue has practically been cut in half and there’s no businessperson who can continue to pursue his business unaffected by an impact of that magnitude.

In fact, the state has become one of the principal players, if not to say the principle player, in the advertising market. However, it is not merely a question of public funds. Instead, for the most part, we are talking of European projects. According to a study carried out by the Center for Independent Journalism, of which I am the director, around 80% of the advertising contracts signed with government authorities are either related to or paid by European funds.

With the state as the biggest advertiser, it’s obvious that political and business interests predominate and intertwine. Our studies show that, in this case, the desire of the authorities to “purchase” a complaisant media dovetails quite nicely with certain publishing enterprises that desire to be “purchased.”

Defamation is no longer a crime in Romania since 2010, thanks to the decision of the Supreme Court. Has this verdict really improved the situation of journalists in the country?

The situation is quite complex. In July 2006 Articles 205 (insult) and 206 (libel) were abrogated from Romania’s Penal Code in order to harmonize the legislation with human rights standards in anticipation of the country’s entrance into the European Union in 2007. In January 2007, a few days after the country joined the EU, the Constitutional Court found the decriminalization of the two articles unconstitutional. The high court set forth that human dignity is too important a right not to be protected by a norm in the penal code.

Ambiguity reigned until 2010, when the Supreme Court handed down a decision in which it abrogated the two articles.

In 2014 a new Penal Code entered into force, in which there are no dispositions “on crimes against human dignity.” From the legal perspective, we might consider the case closed. However, the decision of the Constitutional Court, holding forth that human dignity must be protected by the Penal Code, still remains. It stands as a permanent threat, because it provides grounds on which anyone can create a legal mechanism that could revive the discussion around the penalization of the crime of defamation or libel.

The National Audiovisual Council (CNA), which has as part of its mandate the task of “guaranteeing that radio and TV operators carry out their functions with respect for freedom of the press and competition,” was severely criticized for its “politicized attitude” and was judged incompetent.

The members of the CNA are appointed by the parties, by the Prime Minister and by the President, and some of them believe that they should repay this nomination with their loyalty.

I don’t believe that the political leaders directly control the work of the Council, but I would hardly hesitate to note that political affiliations and sympathies influence their decisions.

Furthermore there exists a moral, if not even a legal, conflict when members of the CAN express their political views in the press or comment on what’s going on in whatever talk show.

I am convinced that the Council could have a truly important role in a country where 80% of the population watches television and learns about the news on television. However, up to now this institution has not conducted itself in an independent manner, and is consequently unable to protect the public interest.

The media sector in Romania is for the most part in the hands of businesspeople, who often have their own interests in politics or the economy. For example, Antena 1 is in the hands of the politician Dan Voiculescu. Or, for instance, the channel OTV is controlled by the magnate Dan Diaconsecu, considered the Romanian Berlusconi. Or there’s the tycoon, Dinu Patriciu, who after being accused of money laundering, sold his Adevărul to Cristian Burci. At the same time the online media sector often lacks resources to be able to carry out independent investigations. Is this an accurate image of the Romanian press?

A few years ago we were afraid that we were going to see the rise of media concentrations. Today, looking back at the past, our worries make us smile. Where are the Romanian magnates? One in prison, one in bankruptcy, another one condemned and waiting for an appeal.

The largest foreign investors have either abandoned the country, are about to sell, or are only focusing on glossy magazines. The great empires have been annihilated or reduced to pieces, irrelevant and vulnerable publishing enterprises that are doing whatever they can to stay afloat.

Online media is not yet a successful business model. The Romanians are used to getting their news for free, and there’s no indication that they are ready to pay for it. There have been some successful instances of crowd-funding, but these are limited to discrete projects, developed by young journalists who are able to attract the attention of a niche public seeking out quality journalism.

My hope is that the media will be able to educate the public about the value of information. Only that way will we ever be able to have a renaissance of high standard journalism. Am I confident? Yes. If I wasn’t, I wouldn’t do this work: monitoring the state of the media, helping to form readers and journalists, the authorities, the young, fighting for internet liberty and openness and for freedom of expression. This is something we still have to fight for, and this explains everything.