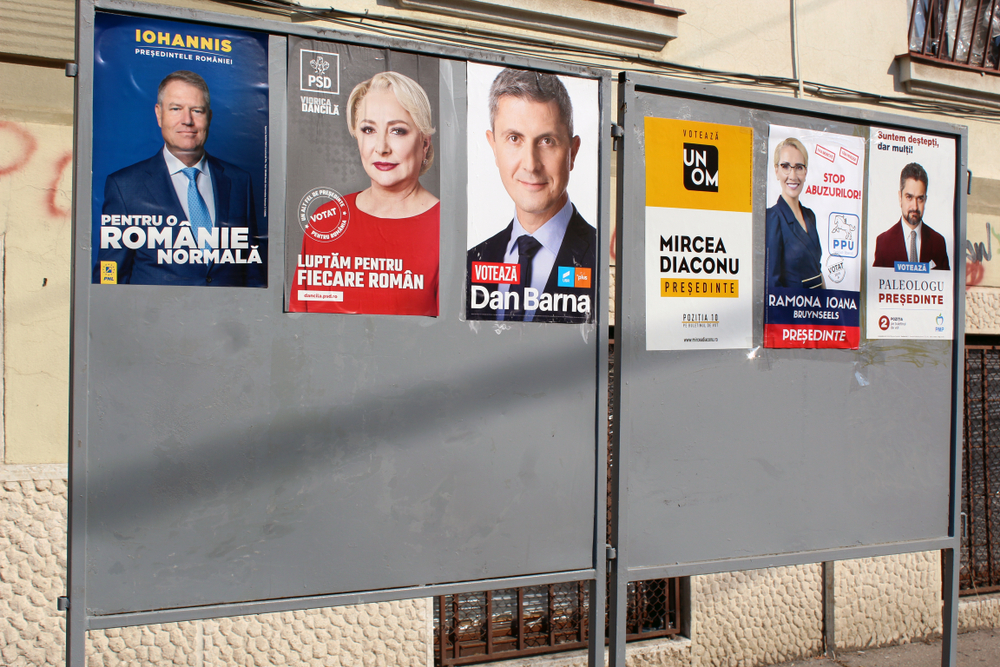 Unlike in the past, the presidential campaign for November 10th is particularly subdued. Outgoing president Klaus Iohannis, as the favourite, will probably take the most advantage from this state of affairs. An analysis

The electoral campaign leading to the elections of November 10th will be remembered by most as a non-campaign or, perhaps, it will not be remembered at all. Limited media coverage, little popular interest, no noteworthy antagonism. Romania is preparing to choose its president in general silence, distracted by the birth of the new government and other daily amenities. Distant are the times of the clashes Iliescu vs. Constantinescu, who represented two alternative and dichotomous visions of the country. Even 2014 appears to be a very distant era: current president Klaus Iohannis' comeback and the first election of a member of an ethnic minority had given that election a meaning that is unthinkable today.

But what are the causes of this subdued campaign?

Iohannis and the choice of silence

The one most interested in maintaining a low profile is undoubtedly Klaus Iohannis, the favourite according to the polls, placed at around 40%. As those in advantage often do, the outgoing president has refused any confrontation with his opponents, trying not to arouse emotional and instinctive upheavals in the population and speaking only in an institutional capacity. Iohannis has managed in the shadows the delicate transition that led to the birth of the new liberal government, which many believe to be his direct emanation. The genesis of the new government represents a clear political victory of his; in the event of re-election, he will be able to count on a faithful and compliant government, unlike the social-democratic one with which he has bitterly fought in recent years.

Romanians still seem to appreciate him, but they are certainly not overwhelmed by overflowing passion. Iohannis's presidency can be defined as average: he took strong anti-government positions on the occasion of the "corrupt-saving" laws that brought tens of thousands of Romanians to the streets; he always supported Romania's EU and pro-Western path; he has well represented the country abroad, thanks to calm ways and an impeccable institutional style that have been appreciated even in European chancelleries.

However, in his five years at Palazzo Cotroceni, there has been no lack of ambiguity: he has often given the impression of acting only with a view to re-election, engaging in Machiavellian political calculations and avoiding strong acts. Many blame him above all for the subdued foreign policy, limited to prestigious appearances, but devoid of any real medium-long term objective. Romania's marginality on the occasion of the political crisis in Moldavia, a country traditionally at the centre of Bucharest's geopolitical concerns, proves it. Particularly bitter then was the defeat by Estonia in the race for the seat of non-permanent member of the UN Security Council. Iohannis knows that his presidency will be judged above all in the field of foreign policy, and will certainly need to do more if he obtains a second mandate.

The consensus enjoyed by Iohannis in the polls is also due to the limits of his opponents. The Social Democratic Party (PSD) nominates former prime minister Viorica Dăncilă, who in her years of government has distinguished herself more for her grammar gaffes than for actual accomplishments. The polls put her at around 22%, but in a hypothetical second round against Iohannis she likely has no chance of success.

The situation is different for Dan Barna, candidate of the USR-Plus coalition (moderate centre-right): Barna has been appreciated for his battles against corruption and legality, but he is a little charismatic character, almost transparent, without substance. The latest surveys put him at around 19%, and he could seriously be a concern for the outgoing president should he make it to the second round. Barna's deal is complicated by the candidacy of Theodor Paleologu, an ambiguous character with a past as ambassador and university professor, supported by former president Traian Băsescu – his 5%, extracted from Barna's very electorate, might compromise Barna's chances for the runoff.

We must, however, reflect on the real weight of the president of the Republic within the Romanian political system. Romania is a semi-presidential republic; the Constitution promulgated in 1991 is based on the French one of 1958. However Romanians, just freed of Ceaușescu, feared the excessive centralisation of power in the hands of a single figure – this has meant that many of the powers that traditionally in France are the prerogative of the president were watered down. A gray terrain has been created in which the competences of the prime minister and those of the president overlap, generating considerable contrasts if the two personalities belong to different camps.

The president maintains extensive autonomy in the management of foreign policy, but his prerogatives are much more limited in the direction of internal affairs. This explains the political stalemate in which Romania has often found itself in the course of its democratic history and especially in recent years. Many have called for a revision of the Constitution in a more presidential sense, but a reform of this magnitude requires a government supported by a strong majority. Romania will renew its Parliament in a year, and perhaps those elections will be able to tell us something more about this sad, silent presidential campaign.