Romania: elections, crisis, democracy. About to get worse? 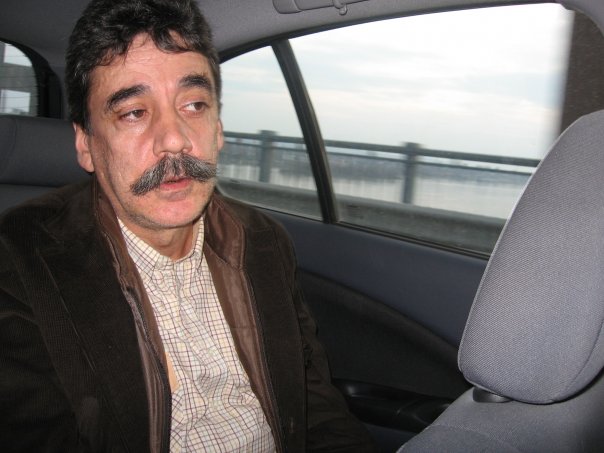 Romania's economic crisis and the upcoming presidential elections. We discuss these major themes in an interview with Mircea Kivu, one of Romania's most prominent expert on political and social issues

Mircea Kivu, one of Romania's most famous political and social commentators, cofounded IMAS, the first private marketing and research institute in the country. Between 2004 and 2006, he served as its president and executive manager. He holds a Masters in Demography and Social Sciences from L'École des Hautes Études en Sciences Sociales, Paris and a BA in Sociology from the University of Bucharest. He currently is an associate professor at the Faculty of Journalism and Communication Science within the University of Bucharest, and works with the School of Political and Administration Studies in Bucharest.

Mr. Kivu, do you think that the presidential elections on 22 November will have an increased turnout because President Traian Băsescu called for a simultaneous referendum on cutting the number of MPs from the current 471 to 300 and reducing the parliament to a single chamber?

I think that the opposite would be true - the turnout of the referendum will be higher because it's on the same day as the presidential elections. Usually more people vote in presidential elections than for other ballots, since politics in Romania are very much personalised. People don't really look at political programmes or party structures; hence presidential elections are most interesting, because a person is being elected based on the popularity and the trust that one has managed to gain. Furthermore, the electorate is now split in two strong camps: pro and anti Băsescu. It will be an interesting vote.

A real problem of the Romanian constitution is that it does not clearly define whether the state is a presidential or a parliamentary republic. Why isn't the electorate also asked who they want to run things in their country?

That's exactly the issue: if they are asked, they will say that they want the president to be the decisive factor in the governing process. This has to do with mentality. Moreover, I think it's normal that in a time of crisis, people believe that the crisis resulted from insufficient decisionmaking power. And, that's the problem with democracy. Democracy is insufficient by definition. Therefore, give a man enough power to make all the decisions and perhaps things would go better; only this inevitably leads to a dictatorship. And, we have history to prove that. Take Hitler, for example. Crises bring dictators. There are numerous surveys in Romania showing that people long for a "strong hand".

Which is a striking paradox: from 1965 to 1990, Romania already tried such a solution and such a man, Nicolae Ceauşescu...

Yes, but people say: "He was a jerk. If only we had a man to stick with the people and care about what they really need." Here is the immense risk of minimising democracy. Because everything that happens today in Romania ultimately leads to reducing democracy to its minimum: the government passes emergency orders without consulting the parliament, the president wishes to shrink the legislative, etc. My guess is the longer the crisis continues, the greater the risk of stifling democracy.

How did Băsescu manage in these years to win over the very large electoral masses of the rural areas, who, traditionally belong to the left spectrum of the political parties, represented in Romania by the Social Democrats?

Today party ideology matters less; it's the personality and the label one gets from the population that matters. From that point of view, Băsescu is a rather "left" politician. Social Democrats' leader Mircea Geoană tries to be "popular", but does not feel very comfortable playing this role. Băsescu has also a very direct way of addressing matters, which people like. There are, of course, people who do not approve of him. His current share in polls is around 35%, which means that another 65% no longer want him as president. In Romania, we have had situations like this before: a strong, popular man who dominates the electoral stage and another, representative of the opposition, who, in time manages to attract sympathy. In this sense, Băsescu is much like president Ion Iliescu in 1996: at that time, Iliescu was initially up in all the polls, presumably gathering around 40% of the votes, while Emil Constantinescu, who won the elections in the end, had no more than 25%. The same happened in 2004, when Adrian Năstase dominated the surveys, but Băsescu eventually defeated him. If we are to judge based on historical records, we should say that Băsescu is not going to win a second term.

Three years ago, we were in the middle of an economic boom for Romania: things were flourishing for the middle class, people were buying second cars and were able to afford to go on long holidays. What is happening now seems to be a sad ending to what was an emerging middle class...

By mid-2008, the middle class was leading quite a nice life. An increasing number could go on holiday; car sales also increased. Here, we should ask, 'Who is the middle class?' In my opinion, the middle class is represented by young people around 30 with good professional training; people who have entered the labour market after the year 2000, when the economic growth began and who, in the meantime, have reached middle-management levels. At the institute with which I now collaborate, most employees fit this type, and are between 30 and 40 years old. Their living standard has been growing year after year.

So, everything collapsed abruptly then?

It collapsed abruptly, and it is notable that this category of Romania's population, the well-paid professionals, was not prepared for such a collapse. It seemed natural to them that their salaries will only be growing. People didn't have any problem buying a car by contracting loans with instalment payments amounting to half of their paychecks, because they knew that next year their income will be rising. As for me, I have experienced tough years; I have lived before 1989, so if today my salary shrinks, I can still manage. There is a classical question when you want to make a more profound survey about the living standard and that is "How do you rate your income?" It is supported by a regular scale of answers: "I no longer have enough money to make a living," "I can manage, but I can no longer buy more expensive goods," and so on. The middle class is represented by the response "I can satisfy all my needs and still put some money aside." At some point, the number of those who were giving that kind of response had grown to as much as 20% of the population. This rate now is going down.

Between 2007 and 2009, we witnessed a rapid expansion of consumption, and many analysts were alarmed that Romanians were only spending and never saving...

True. It was the time of ubiquitous lending by banks. People were taking credits to satisfy every little need they had. The savings rate in Romania was and is practically zero. Only in the last year, the number of deposits has increased, but that is just a matter of circumstances, because banks started offering higher rates for all deposits. And, in fact, it is not about long-term deposits, but short-term deposits of those seeking fast gains; people put money and withdraw them in one or three months while enjoying very nice rates. Furthermore, Romanians nowadays don't think about any kind of insuring their future.

How much do you think the situation of today resembles the economic breakdown in Romania from the late 1990s?

Not much. A major difference between then and now is that people were then hoping that better times would come. Today, nobody knows where things are going. It is important to notice that the economic crisis is not yet that serious. People are scared of losing their jobs, but the jobless rate remains rather low when compared to the rest of the EU countries. In addition, the population keeps consuming. The majority of the population takes advantage of the numerous sales across all industries and simply keeps buying things. Also, the current government, which was brought down in early October, but is still in place as an interim government, has postponed many troubling issues for next year; rising debt has been among the most serious problems. That's why I am saying that perhaps the crisis has not yet unfolded to its maximum and I am afraid that this will happen soon. Tough measures will be needed, including massive pay cuts on one side and rising taxes on the other. Therefore, while the West seems to have at least prevented further decline; I fear that we are never going to entirely recover from what is happening to us today.