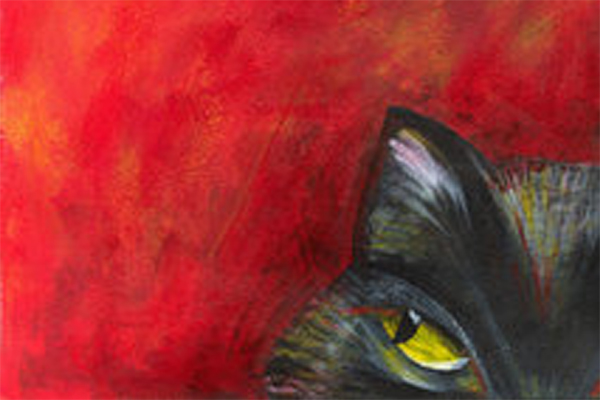 As the paths of wolves increasingly overlap with those of humans, creating tension for shepherds, farmers and drivers, Macedonia has once again legalized killing of the animals after a year-long ban on wolf hunting

According to European Union liberals advocating wolf protection, The Brothers Grimm are the ones truly responsible for the proud wolf's unfortunate stereotype as evil and cruel. In the Grimms' classic tale, the Big Bad Wolf would have eaten both Little Red Riding Hood and her ill grandmother had it not been for the good hunter.
One of the key arguments in favour of the ban at the time of its installation in September 2007 was the imperative "to be as civilized as Europe". As some MPs argued back then during the discussion in Parliament, Macedonia was one of the few remaining countries in Europe where the wolf hunting was allowed.

However, there is an important difference. The wolf is a very rare, even extinct, in many Western European countries. Not in Macedonia.

It is difficult to estimate the number of wolves in Macedonia because they are difficult to count and, as some might say, they are shy. They live in forests and high mountain areas. One frequently cited statistic estimates that there are between 800 and 1000 wolves in Macedonia - a tiny country with a territory of only 25,000 square km and a population of 2 million people. For comparison, Italy, which is considered one of the strongholds of the wolf population in Western Europe (together with Spain), according to some estimates is home to about 500 wolves. France has just a few dozen. Germany, which has not been home to wolf populations since the 19th century, has been trying to revive its wolf population over the past decade and, at present, has only a handful of wolves.

The wolf is, of course, not evil. He just does what his nature tells him to do, but he does it with a particular effectiveness and fervour. Almost as if they could feel the legislative protection they enjoyed, Macedonian wolves have been on the prowl over the past year.

The last couple of months alone witnessed numerous media reports of wolf attacks on livestock. Presumably, when food becomes scarcer in the mountains with the beginning of autumn, wolves start visiting the farms. Some experts say this trend could also be caused by the changing global climate.

Wolves usually move in packs and often leave a massacre behind. Individual reports of attacks on sheep cited between 5 and 40 sheep being slaughtered at a time.

Experts say wolves are not likely to attack humans. However, at least a couple of incidents just in the last month that have proved otherwise. Fortunately, tragedy was avoided.

In one case, as the media reported, a wolf attacked an old lady on a rural road and bit her arm. If the story is to be trusted, she managed to chase him away by hitting him with her umbrella on the head. Either she was a super-granny or the wolf was not very motivated.

The other story was better-documented. In mid-November, Mefil Kanturov was shepherding his sheep outside the village of Crnik near Pehcevo in the eastern part of the country. His small 6-year-old nephew was with him. Part of the flock was in the nearby woods. In the shepherd's words, he heard strange noises coming from the woods and went there to check. The boy stayed behind to play with the dog.

"When I got there...it was a massacre. A pack of wolves had slaughtered four sheep and one goat," Kanturov recounted.

At that point, he heard the boy scream. Following a runaway sheep, one of the wolves had entered the trlo, a fenced enclosure where sheep are herded at the end of the day. Having lost the sheep, the wolf turned on the boy.

It was the sheepdog which, although much smaller than the wolf, stood up to the beast and protected the child. The other three sheepdogs of the Kanturov family immediately came to the rescue as well. By the time Mefil got back, the dogs had surrounded the wolf. He could not escape. Mefil killed the wolf with a huge club.

A couple of days later, Mefil's brother Uzir (the boy's father) minded the flock. But this time he had a gun. He saw a wolf taking away a sheep he had just killed. "It was still daylight, so it was an easy shot," he said.

As the government had also re-instituted a previous system of reward for a killed wolf, the shepherds could collect the bonus: around 50 Euro per wolf. To collect the prize, a wolf hunter has to present the skin of the animal which is then marked, to prevent double-counting, before being returned to the owner.

"Wolves have multiplied, especially in the region of Males, because the forests here are very dense. They enter villages, kill the livestock, stroll along the roads, come to our cars or tractors. Some of them breed with dogs. The mongrels they produce do not fear people. They have killed 50 sheep just in our flock over the past two or three years," said the Kanturov brothers.

The lifting of the ban on wolf hunting came after repeated incidents throughout the year. Repeated complaints from farmers convinced the government that the wolf population in the country had increased considerably in the past years.

In January of this year, several wolves attacked the Bitola ZOO and killed or seriously injured several animals including an ostrich, a pony and some deer. The guard, who fired a shot in the air to scare away the predators, curtailed the attack.

Drivers on the Stip-Veles regional road have reported regular sightings of wolves who come down from the nearby mountain and visit the dump site of a local meat factory and feed on the leftovers. After eating lunch, they continue to the nearby river of Bregalnica for a drink of water.

Drivers have also reported that wolves have grown accustomed to cars and do not fear the intensive traffic.

"Sometimes we have to stop the cars to let them cross the road. I have never seen anything like this," said a driver.

Experts claim that the re-opened wolf hunt will not put the wolf population in the country at risk. Around 2,000 wolves were killed in Macedonia in the period between 1999 and 2007: a total of about 240 each year, on average. In seasons when there was no prize for wolf catches, in 2001 and 2002, the interest in wolf hunt decreased and only a few dozens wolves were killed.

Most Macedonian hunters and farmers welcomed the lifting of the ban early November. They said that the lifting would also open the prospect for hunting tourism.

In any case, The Big Bad Wolf should be more careful now. He needs to hide deeper in the forest.