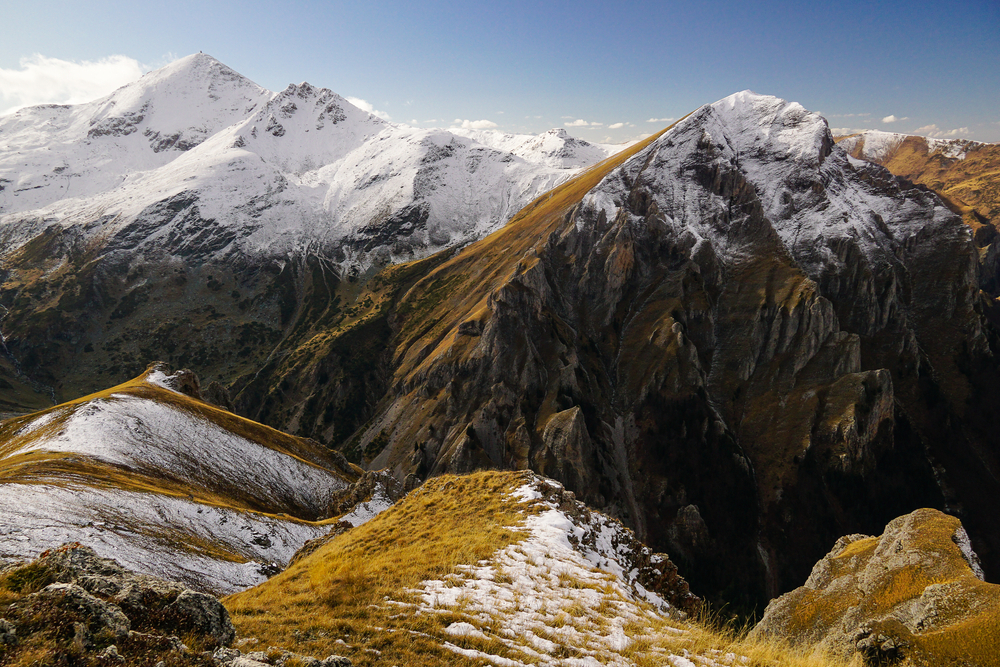 The governments of Skopje and Prishtina are pushing for a new road connection between the cities of Tetovo and Prizren through the new Šar Planina park. Economic necessity or danger for the ecological balance of the area?

Тhe governments of North Macedonia and Kosovo are actively working on the realisation of a new road connection which foresees numerous tunnels through the Šar Planina mountains, but environmentalists warn that this poses a threat to the biodiversity of the area, which was declared a national park by Macedonian authorities in 2021.

It took decades to finally make the decision to declare the Šar Planina mountains a national park, and it was constantly emphasised that the area is being severely damaged by illegal logging, garbage dumping, and construction of facilities and hydropower plants. Skopje's and Prishtina's governments are convinced that the construction of the new road infrastructure will bring economic benefits to both countries.

A joint commission formed by experts is engaged in the preparation of a new study on the justification of this investment and its impact on biodiversity and the nature of the Šar Planina massif. An old feasibility study for the construction of the Tetovo-Prizren road from 2013 is being taken as a basis. The project offers three routes for the Tetovo-Prizren road: all three plans foresee digging through the mountain and building tunnels. According to the first option, the tunnel will be 6.4 km long, the second 3.3, and the third 1.8.

According to the National Transport Strategy 2018-2030, the Tetovo-Prizren road is an opportunity to connect European road E 851 with highway M-4. Thus, the goal would be to achieve a direct connection between Prizren and Tetovo, i.e. between Kosovo and Macedonia, and at the same time an indirect connection of Bulgaria and Albania through this road.

North Macedonia and Kosovo are currently connected by two roads and state border crossing, one in Blace, north of Skopje, and the other one in Jazince, near Tetovo.

Hysen Xhemaili, director of the Environment Directorate at the Ministry of Environment in Northern Macedonia, who a few years ago was engaged in the process as Minister for Improving the Investment Climate, reveals that the idea is to build the road according to the initial feasibility study, but the project still needs a new analysis, currently being carried out, which will cover the territory of Kosovo.

"This new study should show more specifically where it is better to have a tunnel, as well as some other parameters. The idea will be implemented although at this stage it is still just an idea. It will be necesŠary to adopt legal provisions, as well as to prepare several documents, including a final conceptual design”, says Hysen Xhemaili."There are more than three options on the table, with some foreseeing a longer tunnel to have less impact on the environment”.

The government of Kosovo believes that, together, the two countries will find an appropriate solution for the protection of the mountain and for economic viability. Both sides agreed to create safer and more environmentally friendly transport links for people and businesses between the two countries, to create interoperable links for national parks, tourist centres and road corridors, which will lead to great economic benefits for both countries.

Governments are pushing for implementation

"Synchronisation of spatial planning and creation of road infrastructure for the development of alternative tourism will be enabled", said Prparim Krueziu, a spokesman for the Kosovo government. “As for the assessment of the environmental impact of the road in the Šar Planina, we are waiting for the completion of the feasibility study which will determine all things, including commercial viability and environmental impact".

The 2013 study states that the air distance between Tetovo and Prizren is about 30 km, but the shortest existing road connection the cities, located on the opposite slopes of the Šar Planina is 110 km long, passing from Tetovo to Jazince from the Macedonian side, to continue through Globocica, Brezovica, and Recane before reaching Prizren in Kosovo. The construction of the new planned connection is envisaged in the form of a regional road with projected speeds of 40 to 60 kilometres per hour.

Regarding traffic analysis and forecasts, the conclusions of the study state that there is a functional justification for building a direct road connection Tetovo-Prizren, although it is said that the long-term forecast for traffic by nature is an uncertain matter.

Hysen Xhemaili believes that it is not contradictory that such an infrastructural undertaking will be made through the new Šar Planina National Park, because the protected area includes different zones – a zone for sustainable use, a zone for active use, and a strictly protected zone. The part where the road and the tunnel are foreseen belongs to the first one, which means a zone for sustainable use where projects are allowed to be implemented.

However, mountaineers, experts, and civil society organisations are against new construction works on the Šar Planina and call for attention to be paid to nature protection. Aleksandar Stojanovski-Culi from the mountaineering club "Jelak" in Tetovo believes that there is no justification to build a road to the city or any other place through the massif.

"For decades, mountaineers have been moving around the mountain, watching it being destroyed by illegal buildings, illegal roads, and the like. I really do not see the justification to build a road now, when after so many years the mountain is eventually protected by being declared a national park”, said Stojanovski-Culi. “It is still unclear how that road is expected to function at such a high altitude when there are metres of snow for months. Some sections of the road will be as high as 1500 or even 1800 metres over sea level. This could cause health issues to travellers and hazards due to the many uphills, downhills, and road bends“.

Dime Melovski, a biologist and environmental researcher, shares a similar view. "It's a bad idea. Every road that will be built through the great landscape of the Šar Planina will cause great damage and will contribute to the greater presence of people on the terrain that should be left alone”, said Melovski. "Many animals would be in danger, and destruction of habitats is a major issue connected with the possible construction of the planned road".