North Macedonia, a slow start for the vaccination campaign 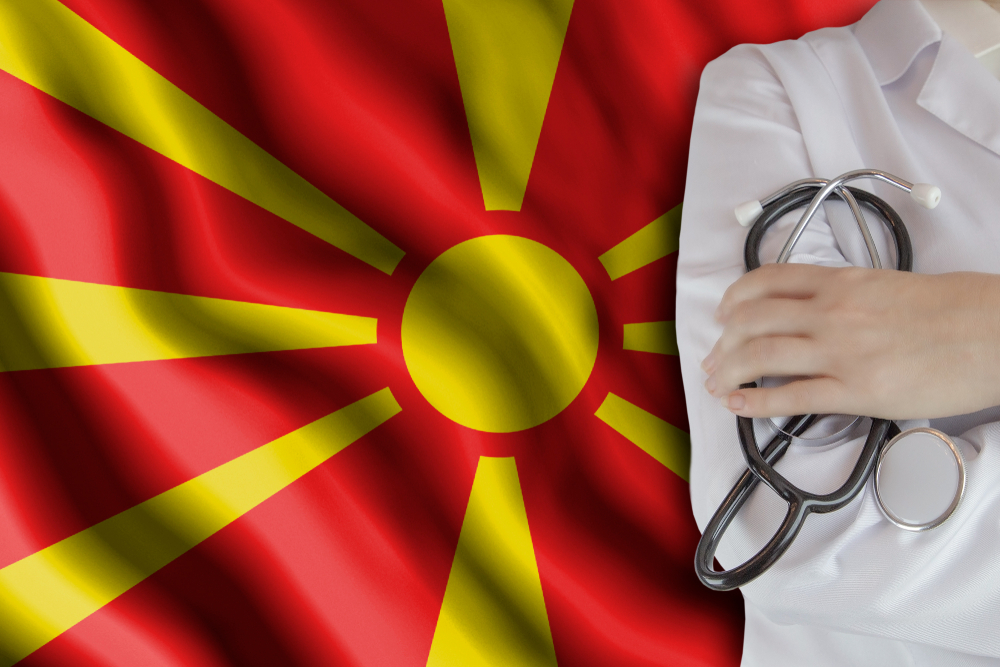 The vaccination campaign in North Macedonia is struggling to start due to lack of doses. The first deliveries, coming from Russia or thanks to the support of neighbouring Serbia, have now been joined by the first delivery secured through the COVAX mechanism

On March 23, the Macedonian Association of Journalists – one of North Macedonia's two journalists' associations – reported that 105 of its members had been vaccinated against Covid-19 in neighbouring Serbia. Many journalists on social networks and local media explained their decision mentioning that in North Macedonia people have been waiting for months.

The journalists were vaccinated in Vranje, one of the Serbian cities closest to North Macedonia. They went there by bus, received AstraZeneca, and went home on the same day.

In North Macedonia, the vaccination campaign has yet to start because a large number of vaccines is missing. For now, there are only vaccines for healthcare workers, also received as help from Serbia. On February 18, Serbian President Aleksandar Vučić and Prime Minister Zoran Zaev met at the border to welcome the first vaccine donation for Northern Macedonia from Serbia.

Last Sunday, after a long wait, the first delivery of vaccines procured through the COVAX mechanism finally arrived in North Macedonia - namely, 24,000 doses of AstraZeneca that should be administered from Wednesday 31 March. In the months of April and May, the government expects the arrival of a further 350,000 doses from different sources. According to Skopje's plans, around one million people - around 50% of the Macedonian population - are expected to be vaccinated by the end of the summer.

“The package of 4,680 out of a total of 8,000 vaccines is an expression of friendly and neighbourly help for Macedonian citizens, while we wait for the vaccines provided by the Government of North Macedonia through the COVAX mechanism, direct contacts from Pfizer manufacturers in the United States, and Sinofarm from the People's Republic of China”, said Zaev.

On March 7, some vaccines procured from Russia arrived to North Macedonia, but also these were available only for healthcare professionals. North Macedonia purchased a total of 200,000 vaccines from the Russian manufacturer, but that day only 3,000 doses arrived, while a new shipment is now expected for boosters.

"We will continue our intensive communication to organise the dynamics of the arrival of the next quantities. The immunisation process continues for some healthcare professionals and according to the indications provided in the National Immunisation Plan", said Minister of Health Venko Filipce.

The Ministry of Health launched the special website "Covid-19 vaccination", which at the end of March has registered over 120,000 citizens – out of a 2 million population – who are waiting for the first shipments.

When is the campaign going to start, and with what brand of vaccine? The authorities have had several answers so far. The latest version of Minister of Health Venko Filipce is that mass vaccination will start with the arrival of the first doses provided through the COVAX mechanism.

"What we know for sure is that the first vaccine to arrive through the COVAX mechanism is going to be AstraZeneca, if the Chinese vaccines do not arrive before", said Filipce.

On the other hand, a study by the Institute of Immunobiology at the Faculty of Medicine of the University of Saints Cyril and Methodius, conducted on 1,000 passers-by on the street, showed that three out of ten citizens already have immunity to Covid-19. This raises the question of whether collective immunity might be achieved by the time vaccines arrive.

Aleksandar Petlichkovski , Director of the Institute of Immunobiology, maintains that somehow the population will reach collective immunity and that will end the pandemic at the local level.

“The next question is whether it will be out of natural transmission or we will help each other with vaccines. It would be ideal to increase the percentage with more vaccines. This requires precise epidemiological calculations, but I think that the threshold that should be reached by a positivised population in order to limit the transmission of the virus is around 80 or 90 percent", explains Petlichkovski.

David Geer, Ambassador of the European Union in North Macedonia, said that the delivery of vaccines is not at the desired level, but believes that the COVAX mechanism will eventually function properly.

Last Sunday, after a long wait, the first delivery of vaccines procured through the COVAX mechanism finally arrived in North Macedonia - namely, 24,000 doses of AstraZeneca that should be administered from Wednesday 31 March. In the months of April and May, the government expects the arrival of a further 350,000 doses from different sources. According to Skopje's plans, around one million people - around 50% of the Macedonian population - are expected to be vaccinated by the end of the summer.