Macedonia Silent Ahead of Kosovo Declaration of Independence 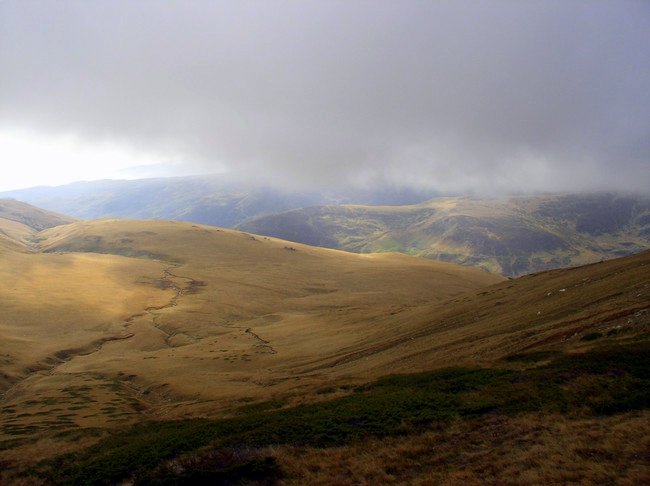 Sar planina, at the border between Macedonia and Kosovo

Ahead of Kosovo's declaration of independence, which is by all accounts only days away, Macedonia is seemingly at ease. Nothing indicates heightened concern or tension. Strategic silence or silence due to lack of strategy?

Waiting for the next big bang in the Balkans, Macedonia is quiet. Ahead of Kosovo's declaration of independence, which is by all accounts only days away, Macedonia is seemingly at ease. Nothing indicates heightened concern or tension. Strategic silence or silence due to lack of strategy?

Macedonia is the country most at risk from whatever development taking place in Kosovo (after Serbia of course). The ability of the province to cause political stir and disrupt security in Macedonia has never been doubted and it has been demonstrated on more than one occasion. And never have the stakes been high as they are right now. Yet, Macedonia is quiet. Except for the regular news coverage, political reactions are lacking.

Asked about Kosovo, the government spokesman, Mr. Ivica Bocevski has been patiently repeating that "the government closely monitors the situation".

Macedonia's position on Kosovo has continuously rested on the curt "support to the Ahtisaari plan" and more generally, alignment to the policy of the "international community".

This elusive stance will likely have to evolve very soon.

Will Macedonia recognize Kosovo and when? Slovenia recently experienced a political scandal when the US letter asking the Slovenes to be the first country from the region to recognize Kosovo, was revealed to the public. And Slovenia is to be far less concerned by whatever happens. It is at a safe distance and it currently chairs the EU. Montenegro recently made clear that it could not be expected to be rushed into recognizing Kosovo.

Macedonia would have no interest in early recognition of Kosovo. To the contrary. But one should wonder if Macedonian authorities also got a letter from the US like the Slovenes? The US should be well aware of the security risks for Macedonia and reasonably had not asked Macedonia something that would be risky for it to deliver. But Macedonia cannot say no to a US request. That much is clear. Likewise, Macedonia can neither say "no" to the EU, yet one expects the EU to have been less assertive on this issue.

A few days ago, at the Munich Security Conference, Serbian President elect Boris Tadic sent a serious note of warning to the neighbors not to recognize Kosovo, reminding that "Serbia respected the territorial integrity of each country in the region" during the conflicts they experienced in the recent past. Nobody seems more directly concerned by this message than Macedonia.

It is by this point in time not clear enough how strongly will the measures, which Serbia will definitely take against Kosovo, affect Macedonia.

Energy blockade, which the Serbs will not hesitate to install against Kosovo, will definitely have serious impact on Macedonia. The government in Skopje ordered, without much fuss, an emergency import of coal a few weeks back. Energy supply in Macedonia is undergoing tough times even without a possible Serbian embargo. Macedonia had problems with its power distributor, the Austrian EVN; the European Commission which strongly objected to certain elements in the energy legislation reform; several technical breakdowns with its energy plants. An energy crisis would have serious effect on the fragile economy and could easily push the slow growth into recession.

This is of course nothing compared to possible direct Serbian sanctions against Macedonia, in a case it recognized Kosovo. One should only guess. Trade embargo? Serbia is Macedonia's strongest trade partner. Travel embargo? With hostile Greece, the Schengen walls, and Bulgaria now requiring visas, a block from Serbia would further cement the ghetto.

In addition there is Russia, which has had a correct policy towards Macedonia in the past, and recognized it early under its constitutional name. Russia also warned it would deteriorate relations with whoever recognized Kosovo. President Branko Crvenkovski reportedly told Russian Deputy Prime Minister Sergey Ivanov last weekend in Munich that Macedonia does not think in terms "either - or" but that it wants both entry into the EU and maintenance of good relations with Russia.

For the time being Kosovo reflects in Macedonia through the name dispute with Greece, which has been culminating in the past months. In its efforts to stabilize the Balkans (and finally disengage?) the US has been pushing strongly to have Macedonia enter NATO, and increase the guarantees to regional stability, at the forthcoming summit in Bucharest only 6 weeks away. Greece has been adamant it would veto the invitation should a solution to the long simmering dispute not be found before the summit. That would be a first veto in the history of NATO. US Secretary of State summoned both countries' foreign ministers to Washington this week; had talks with Mr. Antonio Milososki of Macedonia yesterday, and with Greek foreign policy chief Ms. Dora Bakoyani today. According to some, the US might float a last minute new proposal for the name issue, ahead of the summit.

Of course, the biggest unknown is developments on the ground. Macedonia already has the issue with its border village of Tanusevci (where its 2001 conflict began), run by a former guerilla fighter, commander Hoxha, who wants to secede and join Kosovo. He says the village is under his command. There are plenty more in Macedonia such as commander Hoxha who think they might benefit in one way or another from escalation of violence. Their reaction will depend on how things go in Kosovo after the declaration.

Kosovo and Serbia both flatly rejected partition several months back, when it was tacitly put on the table. It is not far from reason to expect the issue would return after declaration of independence. Serbian Prime Minister, Mr. Vojislav Kostunica already suggested that immediately after Kosovo declaration of independence, Serbs in the province would declare a "municipality". That is already a move into partition. If things go in that direction, Macedonia has much to fear.