ICJ and Kosovo, does the Court's Opinion resolve anything? 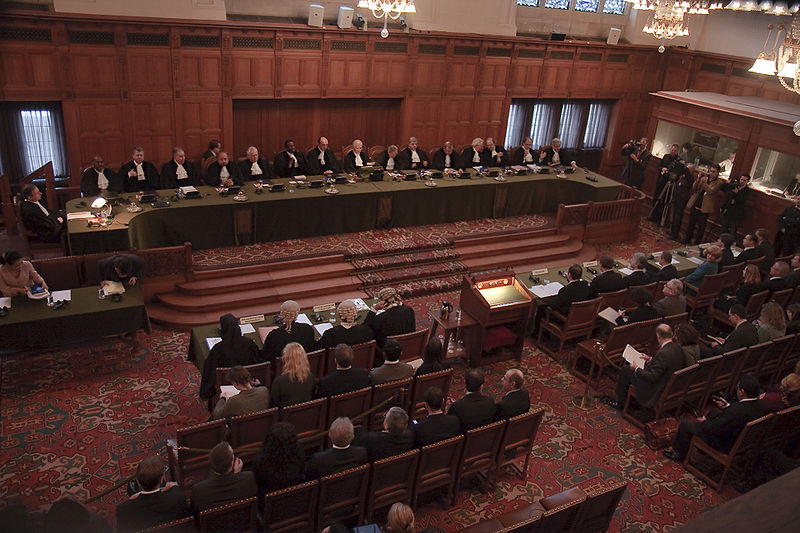 “I always tell my students that, when sitting an exam, they have to answer the question that has been set rather than one that they feel comfortable with.” Stefan Wolff comments on the main conclusions of the International Court of Justice's Advisory Opinion on Kosovo’s Declaration of Independence

Stefan Wolff is Professor of International Security at the University of Birmingham, UK, and co-editor of the academic journal "Ethnopolitics ". This article was originally published on the blog of the Association for the Study of Nationalities .

I always tell my students that, when sitting an exam, they have to answer the question that has been set rather than one that they feel comfortable with. No analogy is ever perfect, but this one sums up pretty neatly the outcome of the deliberations by the International Court of Justice (ICJ), which, by ten votes to four, found that the Declaration of Independence (DoI) of Kosovo adopted on 17 February 2008 did not violate international law.

The Court did so on the basis of a very narrow interpretation of the question put to it by the General Assembly of the UN. Specifically, the ICJ noted in its Opinion that the General Assembly “does not ask whether or not Kosovo has achieved statehood. Nor does it ask about the validity or legal effects of the recognition of Kosovo by those States which have recognized it as an independent State.” In other words, “the Court [did] not consider … it … necessary to address such issues as whether or not the declaration has led to the creation of a State or the status of the acts of recognition”.

This is a major opportunity lost by the ICJ to clarify very important issues in contemporary international law and international relations—in particular, the conditions under which new states can be legally established by unilateral acts of one party to a secessionist conflict.

In addition, there is considerable margin for mis-interpretation of the Court’s Opinion. The ‘headline news’ that the Court had ruled that Kosovo’s DoI did not violate international law has led leaders of other entities in similar circumstances, most notably Abkhazia and South Ossetia, to assume that their DoIs now have endowed them with independent statehood under international law. Yet, this is precisely the issue that the ICJ did not address.

Rather, what the Court did was three things:

1. It demonstrated that “general international law contains no applicable prohibition of declarations of independence”.
2. It argued that the authors of the DoI were not the Provisional Institutions of Self-Government of Kosovo, but rather that they “acted together in their capacity as representatives of the people of Kosovo outside the framework of the interim administration.”
3. It found that Security Council Resolution 1244 (1999), which established the UN Mission in Kosovo (UNMIK) and thus the UN’s interim administration of Kosovo, was not violated by the DoI.

The first point may be relevant, but it portrays a very conservative and rather dated view of international law, and fails to consider whether non-prohibition of certain acts equates with their automatic permission. This omission is part of the lost opportunity noted by Judge Simma who, while siding with the majority in the ICJ’s overall finding, is highly critical of the self-imposed restrictions that the Court placed upon itself and that he sees as “significantly reduc[ing] the advisory quality of [the Court’s] Opinion.” In justifying a dissenting opinion, Judge Bennouna similarly wonders how the Court’s Opinion, “limited [...] to the declaration as such, severed from its legal effects”, can “guide the requesting organ, the General Assembly, in respect of its own action”.

The second point is a rather astonishing interpretation of the facts that the Court had to consider. In particular, the logic of the assumption that 109 of the 120 members of the Assembly of Kosovo, and the Prime Minister and the President of Kosovo (the very Provisional Institutions of Self-Government of Kosovo established under UNMIK) did not, at a special session of the Assembly act as the Provisional Institutions of Self-Government of Kosovo but rather in some unspecified private capacity is hard to follow. This point is forcefully made in the dissenting opinions of Vice-President Tomka and Judges Koroma, Bennouna, Skotnikov. Judge Bennouna, moreover, presents evidence that the “Secretary-General and his Special Representative in Kosovo” stated in writing “that the declaration was in fact the work of the recently elected Assembly of the Provisional Institutions of Self-Government of Kosovo”.

By considering the authors of the DoI to be anything but acting as the Provisional Institutions of Self-Government of Kosovo the ICJ’s Opinion can avoid any specific engagement with the objection that these institutions exceeded their competence within the Constitutional Framework for Self-governance, as established under UNMIK regulations. This so-called ultra vires argument receives some cursory treatment toward the end of the Court’s Opinion, but is noteworthy for its sentiment that the authors of the DoI are exempt from abiding by this Constitutional Framework. All four dissenting judges strongly disagree with this notion. As Judge Bennouna notes, “not being part of the interim institutions does not exempt the authors from the legal order established by UNMIK regulation 1999/1”, reasoning “that all those living in Kosovo [...] must comply with the régime of self-government established by the United Nations”.

So where does this leave the world of self-determination conflicts and contested statehood, a world, after all, that is far from the comforts in which the Judges of the International Court of Justice deliberated their case?

Even if one were to accept the reasoning of the Court, it provides no guidance on the effects of Declarations of Independence; in fact, the ICJ specifically refused to do so. Secessionists all over the world may rejoice in the fact that, in the view of the Court, “general international law contains no applicable prohibition of declarations of independence”. Yet, they would be grossly misleading themselves and their followers if they were to derive from this an endorsement of the legality of any process to create new states in this way. The Court does not offer any guidelines on when such Declarations of Independence have the effect desired by their authors.

However, following the principle of “ex injuria jus non oritur”, making a Declaration of Independence, which is now established as an act that does not violate international law in the circumstances under which the Court considered it, does not preclude the subsequent legal establishment of new states.

Given that the Court specifically cites the case of Cyprus as one in which the UN Security Council has expressly provided for conditions under which such a Declaration would be a violation of international law, Turkish Cypriots can draw little comfort from this. In contrast, the fact that a similar Resolution is unlikely in relation to South Ossetia and Abkhazia, where one member of the veto-holding P5 members (Russia) has already recognised their self-declared independence, is rather more worrisome for Georgia as it is simply not offered the same protection under international law as the Republic of Cyprus.

The debates that the ICJ Opinion on Kosovo’s Declaration of Independence has already sparked will undoubtedly continue. Yet, in the same way in which the ICJ Opinion is less than helpful in determining the legality of Kosovo’s independence, the debates on similar cases are equally unlikely to contribute much to the actual resolution of any ongoing secessionist conflicts. For, sadly, these are resolved far more often by the balance of power on the ground. In the case of Kosovo seceding from Serbia with the backing of the United States and 22 of 27 EU member states, the ICJ’s advisory opinion is as irrelevant as it is in the case of Abkhazia and South Ossetia seceding from Georgia with the backing of Russia. That this is the case, and will continue to be so for the foreseeable future, has much to do with the unhelpfully narrow view that the Court of International Justice took in its Advisory Opinion on Kosovo’s Declaration of Independence, and in the rather dubious logic that it at times employed in its reasoning.

To return to my initial analogy, there is only one sin greater to commit for a student sitting an exam than adjusting a set question to his or her own comfort level—and that is to answer that question wrongly.