Storm in a Teacup 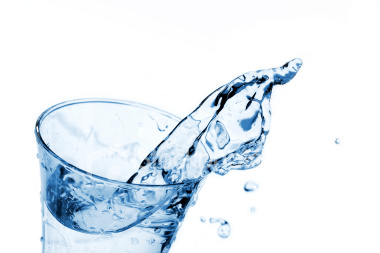 The diplomatic battle which started after the International Court of Justice (ICJ) accepted jurisdiction in the charge of genocide raised by Zagreb against Belgrade, has abated. According to many Croatian analysts, it would have been better had the court not accepted the task

Serbia and Croatia seemed to have entered a diplomatic battle with an uncertain outcome. When the ICJ at The Hague ruled it had jurisdiction over the case in which Croatia accuses Serbia of genocide, Belgrade responded angrily.

Serbian Foreign Minister Vuk Jeremic immediately ordered the preparation of counter-accusations on crimes committed by Croatia during the operation Oluja (Storm) in 1995, a military operation to regain control over territories controlled by Serb insurgents. The Serbia counter-petition will extend even to events from World War II. Zagreb has obviously rejected the charges, stating that no Croatian soldier had fought in Serbia in the last war, neither has the Croatian army destroyed Serbian cities (as happened, for example, with the Croatian city of Vukovar). From here, they moved to more serious threats. The mayor of Belgrade, Dragan Djilas, refused to meet the Croatian ambassador Tonci Stanisic, while Zagreb started talking of installing visas for Serbian citizens.

Very quickly, however, this possibility was dismissed, with a statement by the Croatian Foreign Minister Gordan Jadrankovic. The Europeans seemed to have told both Croatia and Serbia very clearly that it was necessary to maintain calm. They should not play with the stability of the region, where the international community has invested huge efforts and serious financial resources.

Some media quickly described the diplomatic standoffs between Belgrade and Zagreb with dramatic labels such as "cold war". The timing was very unfavourable for the two neighbours who have managed, with great effort, to normalize relations over the years. Only two weeks before the outbreak of this "cold war", Serbian ambassador Radivoj Cveticanin returned to Zagreb, nine months after he was recalled in protest of Croatia's recognition of Kosovo's independence. After a serious freeze in relations, a way out seemed to be emerging. At that moment, the ICJ's decision to accept jurisdiction in the Croatian case of genocide arrived. Panic exploded again.

More prudent legal experts, but also experienced diplomats in Zagreb, informally say that it would have been better had the Court not accepted the jurisdiction. It would have been an elegant way out for both Croatia and Serbia. This way however, given the legal definition of genocide, it would be difficult for Croatia to prove that genocide was actually committed on its territory during the 1990-1995 war. War crimes are one thing and genocide another. Few dare say this publicly because public opinion is very sensitive about this issue. Recently, courts in Croatia have processed cases of war crimes on charges that often and easily cite genocide.

The famous lawyer Ante Nobilo, who has relevant experience in defending war crimes indictees before the ICTY, has caused a real storm of disapproval by saying that the 1995 Croatian military operation Storm has more elements that could be interpreted as genocide, than the crimes in Vukovar, which the Serbs committed against Croats. Nevertheless, Operation Storm could also not be considered genocide in the legal sense of the word.

Most of the experts, including Doctor Ivo Josipovic, who took part in the drafting of the Croatian petition, say "it would not be easy" to prove genocide. Josipovic notes, "The International Court of Justice, together with international lawyers in general, uses a very restrictive definition of genocide, which was also seen in the case of Bosnia and Herzegovina vs. Yugoslavia." He adds, "The question is if the Court would treat all these terrible crimes as genocide, or only as crimes, in which case it would not find there was genocide."

During Franjo Tudjman's regime, in 1999, Croatia raised genocide charges. According to some analysts, this was more of an attempt to sooth the radical right than a real conviction that such a case could be won. At present, the Croatian-Serbian relations are substantially different, even though the two countries still have many open questions. These include the unresolved delimitation of the Danube, the river which marks more than half of their common 241 kilometre-long border; the question of succession of divided property; the return of Croatian cultural treasure transferred to Serbia during the war; and the issue of missing and exiled persons during the war.

On the other hand, economic relations have definitely improved. In 2007, trade has reached 994.4 million US dollars, four times greater than six years ago. Serbia is one of the few countries with whom Croatia has a trade surplus; export to Serbia stood at 665 million US dollars last year. In times of an economic crisis, already felt in both countries, this is not an insignificant detail. Furthermore, in the near future, both see themselves in the EU; even though Croatia is closer to membership.

These facts, in addition to international pressure to calm down the rhetoric, have caused the diplomatic war to end quickly. This was made clear by the reassuring statements and the calmer tone of voice in both Belgrade and Zagreb. The storm in the teacup soon calmed when it became clear that both sides would actually have to sip from the same cup.