No more blackmailing on the Western Balkans, Europe must think of itself as 33 countries 04/07/2019 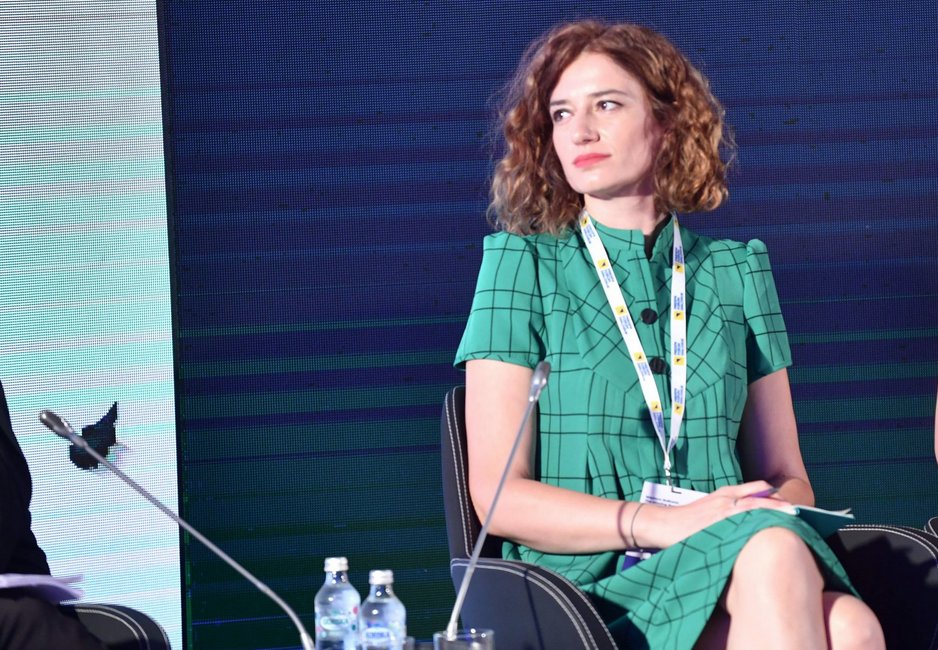 After a long experience in the NGO sector, Jovana Marovic decided to engage in politics with the URA movement. In this interview, she tells us about her choice and her vision on Montenegro's European integration path

"In Montenegro the wind is blowing of changes, of reforms, of the political will to start the relentless fight against corruption, organised crime, and to strengthen institutions and the rule of law at the same time". Jovana Marovic, long-time civic activist, explains in an interview with OBC Transeuropa her decision to enter the Montenegrin political arena, accepting the vice-presidency of the URA civic movement of vice-premier Dritan Abazovic.

“I spent 11 years in the NGO sector, it was a very productive period, but also frustrating considering the disappointing results regarding the reform agenda. In this sense it was logical, at least for me, to try to change something where decisions are made”, says Jovana Marovic. “Even though URA is part of the government, in the next period I will be totally dedicated to working within the party. I believe that it is necessary to strengthen the parties that cultivate European values in order to maintain the course of foreign policy in Montenegro and to strengthen 'civic awareness' in society”.

What motivated you the most to enter politics, the historical moment in which Montenegro finds itself after the change of the regime that has ruled the country for 30 years, or the programme and results of URA to date?

Both. URA is the only party that has goals and agenda that I can identify with, while in Montenegro the climate is now more suitable for implementing reforms than a year ago.

Montenegro recently "celebrated" nine years since the start of EU accession negotiations. What should we make of the fact that no country, apart from Turkey, has been in the negotiation process for so long?

Montenegro has not been able to deliver adequate results in areas that strengthen the rule of law because DPS (the party of President Milo Dukanovic) has effectively taken over the institutions and consequently it has not been possible to address the most serious problems, since this would have meant deeply touching the interests of the regime's hierarchs and waging an actual fight against corruption and organised crime.

Montenegro is a striking example that – even on the part of the EU – something is not progressing well with respect to enlargement to the Western Balkans. Unlike Serbia, which has various obstacles on its way to the Union, Montenegro apparently has none but, despite everything, yet remains still. Why?

In addition to the lack of concrete results in Montenegro, the speed and duration of the negotiation process are influenced by developments in the EU itself: we are talking about the different crises that have hit the Union. Then there is the chronic problem of the democratic deficit in the EU and in some member countries, and finally the pandemic. That said, it is understandable that the EU has focused on itself, but one collateral damage has been the health of democracy in the Balkan region, which has opened the region's door to other non-Western powers. I am of the opinion that the strengthening of democracy must proceed swiftly at all levels.

The new government has been in power for over six months. In your opinion, is it ready to change pace and get out of the stalemate in negotiations with the EU that has lasted for three or four years now?

The change in power has finally created the conditions to "cancel" from public discourse the expression "lack of political will", which referred to the anemic fight against illegality and corruption among state officials. However, the situation within the judiciary is not encouraging and it will take time to put it on the right track. However, it is up to Montenegro to take seriously the commitments set out in the negotiations with the EU and the process of democratisation. It is the only way to meet the conditions. The commitment is there, I believe that progress is not far.

For a long time the EU has used the so-called "stabilocracy" to maintain the status quo in the region, keeping the countries of the Western Balkans at a distance, to the detriment of the reform process. Nonetheless, I believe that approach would have at least partially changed if some countries had shown better results on the reform agenda.

Taking into account the problems that the EU has had to face since the accession of countries that have not reached the level of democratisation required at the time of enlargement, I believe that stricter conditions are not necessarily unfair. What had to go hand in hand with the negotiation process was a more active EU engagement "on the ground" and better monitoring of the actual implementation of reforms.

What do you think when you hear once again that Montenegro and the other countries in the region have a European perspective and that the EU will not be complete without the accession of the Western Balkans?

I think this is a truth that no one can deny, but rhetoric and theoretical readiness to integrate the Western Balkans are not enough. At this moment, new impetus is needed, using the new methodology to motivate the countries of the region to seize the incentives and benefits provided by the new approach, which, however, should be better specified and implemented.

The Western Balkan countries must work to strengthen democracy for the benefit of their citizens. Any move in that direction will affect the change in public opinion in Western European countries.

Is the EU support for the idea of creating a kind of “mini Schengen” in the Balkan area another sign that Berlin, Paris, and Brussels do not see enlargements on the horizon and are looking for an alternative?

There are numerous initiatives of "regional integration", the "mini-Schengen" is just one of them. We have often had discussions and polemics about whether they can replace membership and they are the best the EU can offer the countries of the Western Balkans. I am not against this type of regional integration, but the EU should "anchor" them to the new methodology and specify that they are part of the policy of conditionality and the path to accession.