Moldova: prisons, transition, and the Hamlet 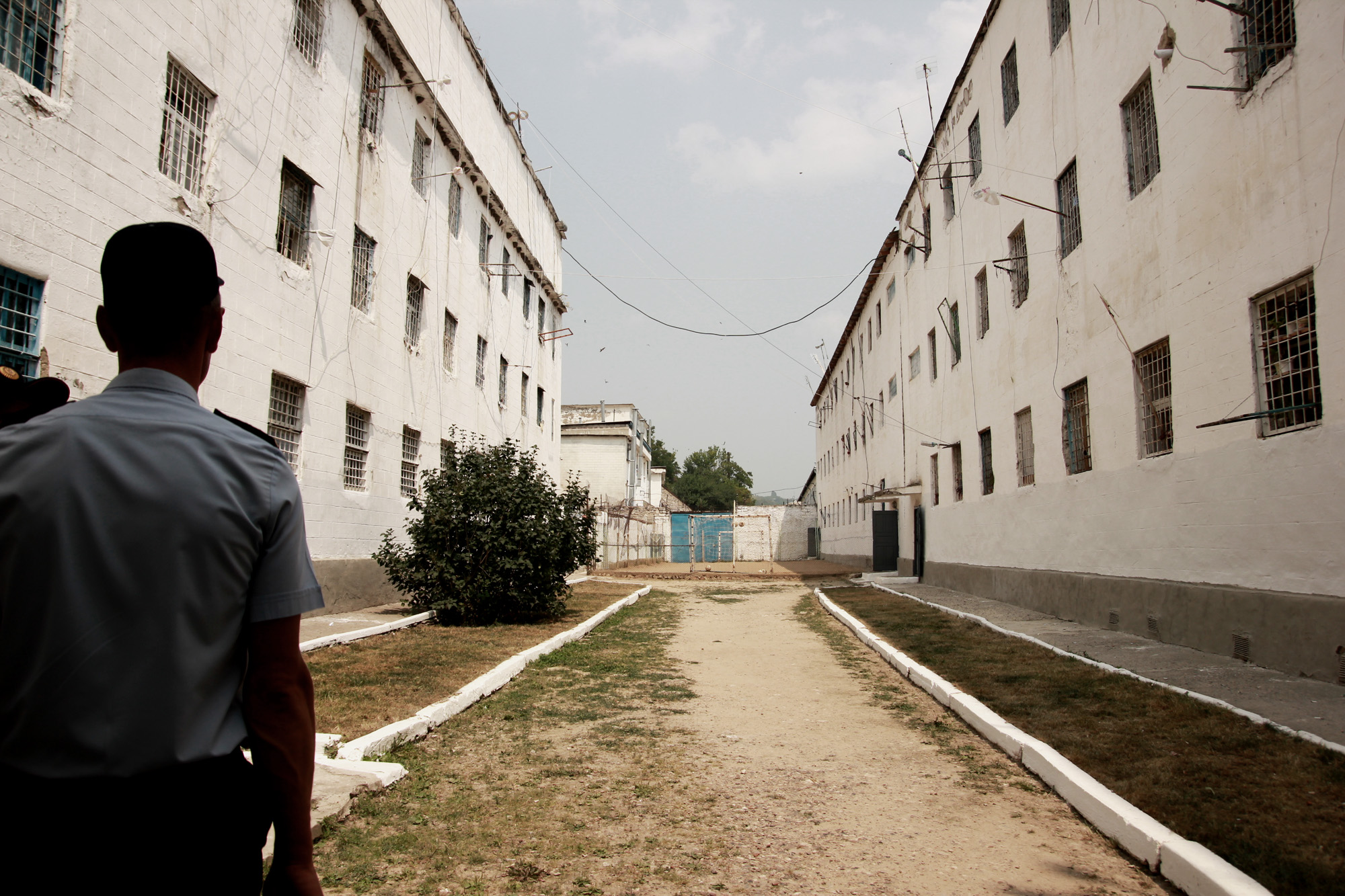 All Moldovan prison facilities still date back to the Soviet era, with poor conditions for prisoners. And yet something is moving to reform the system. A reportage

Squeaking latches open the first gate, which is immediately closed with a firm movement. The narrow corridor of blue walls leads to a wooden door, then to yet another gate, and one can see the first gratings overlooking the inner courtyard. "I see a lot of myself in Hamlet, as if he were telling of what I have been through and the vicissitudes that have brought me this far".

Other locks snap and we go up the stairs to the third floor. It is getting darker as cell after cell line up on the narrow path into a central hall. "But Hamlet can be anything. At the bottom, it is the representation of an unresolvable conflict, a perennial contrast of forces. It is as if his personality encompasses societies and entire nations, with all their contradictions".

Behind a white metal net, a dozen maximum security inmates in Rezina (in the north-east of the country, bordering the independent territory of Transnistria) perform movements in unison, try some dialogues, engage in concentration exercises. They are guided by theatre directors Mihai Fusu and Luminiţa Țâcu, with some professional actors from the capital.

It is the first time that such an activity with inmates is experimented in Moldova. So far, by another initiative of Fusu and Țâcu, prison testimonies and stories had been staged in “Shakespeare pentru Ana ”, which created quite a stir. Yet, inmates had never been directly involved in front of external audiences (the premiere will take place in September). The intent is to shed light on a problem that generally enjoys little attention in Moldovan society. The prison system is indeed a topic largely absent from public discourse and only occasionally addressed by institutions. No political force includes the issue in its programme or proposes a different vision.

"In a way, Hamlet is a bit like Moldova: there are various parties struggling for power, and he finds himself locked", concludes the inmate that will play the role of the Prince of Denmark.

In fact, some changes are already taking place, albeit below the surface. The "Hamlet in prison" project is part of a wider series of initiatives aimed at improving the prison system in the country. Creative music and craft workshops have started in recent years, including in juvenile prison Goian and in female prison Rusca. 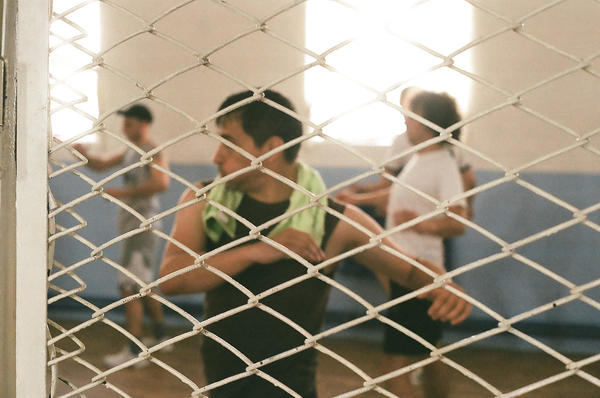 Since 2007, close cooperation between Moldovan authorities and a group of local and international experts has been taking place within a project initiated by the Norwegian Ministry of Justice (Norlam), aimed at promoting and strengthening the rule of law and the use of alternative measures to detention and greater use of parole.

However, the overall situation remains problematic: in 2015, Moldova has been the country with the highest number of appeals to the European Court of Human Rights in relation to the number of inhabitants. The reasons are varied in nature, but indicate that critical situations occur on many levels.

Beyond the courtyard of the Rezina prison there is the wing of prisoners for life. The structure is virtually identical to the one that hosts the theatre workshop, except that silence becomes increasingly deep and inexorable along the stairs. Most convicts undergo solitary confinement for the first ten years of the sentence, with no possibility of interpersonal communication except for rare, limited opportunities. The steps of the guards are the only sounds in those spaces. On the top floor, a large but spooky hallway leads onto an outdoor terrace, for the out-of-cell time. Prisoners access only individually the balconies of 2 square metres, divided by high walls that leave open just a glimpse of sky occluded by security nets, replicating the pattern of internal cells. Nothing else, except for a small room with some tools for physical exercise.

"Transition talk" – certainly an overused term in describing the processes underway in these areas – is perhaps not entirely misplaced here. First, at a more abstract level, a conception of justice as an almost exclusively punitive system still prevails in Moldova. The legislative framework itself generally leaves little room for the jury to consider mitigating circumstances, specific motivations, or psychological issues and, therefore, leaves little room for greater differentiation of punishment on an individual basis.

Since 2007, alternatives to detention have been increasingly introduced, although not sufficiently supported by funds and resources. There is a structural lack of skilled professionals, as well as of a "cultural climate" favourable to a more comprehensive reform of the prison institution.

Furthermore, on a more concrete level, from Rezina to Goian, from Rusca to the so-called prison n. 13 in Chişinau (where inmates serve the first months of sentence waiting to be redirected towards a final structure – recently visited by Italian observers ), all Moldavian prisons date back to the Soviet era – therefore, they are not only often in need of maintenance, but also structurally unsuited to the current administration of justice. Such facilities were in practice simple dormitories, where inmates only spent the night after a day of forced labour. It is clear, then, that the reorganisation of their internal spaces proves problematic and that today's overcrowding also stems from the inadequacy of the buildings.

On July 28th, an amnesty was voted in Parliament that freed 1,700 inmates. This was the third amnesty since 2008, confirming that a long-term strategy has yet to fully develop. "This is obviously an emergency measure", we are told by representatives of Norlam, "and this happens mainly because the parole mechanism still does not work – in fact, data indicate that it is becoming less favoured, despite the pressures. In addition, it is difficult to set up a process of 'rapprochement' with society while incarcerated, by differentiating punishment and providing adequate psychological and educational support to prisoners. All this leads to a high rate of repeat offenders and consequently to an increase in prison population, in a vicious circle that must be broken".

There are 112 life convicts in the Moldavian Republic – a high number compared to the population. None of them will participate in the workshop with Mihai and Luminiţa, given the strict internal restrictions for prison activities, but the show will seek to speak for them too. The gestures of the actors-prisoners and the way they try to approach the text, reflect a desire for personal redemption. Most importantly, it speaks of a common sentiment about a society that erases them and is often not aware of their condition, usually harsh and without plans for the future.

Of course, reforming the entire system is a difficult path, full of obstacles both inside and out. But who knows, maybe, like the curtain on the Hamlet, a new season will open of change and awareness.