A new government for Moldova 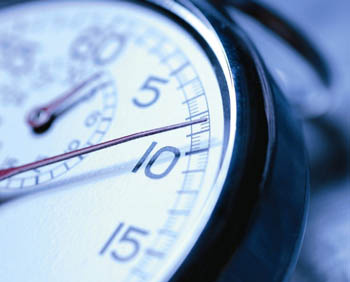 The Republic of Moldova has a new government, led by Mrs. Zinaida Greceanii, former minister of Finance and vice Premier. The new government has big plans, but analysts in Chisinau believe Mrs. Greceanii will have little space for maneuvering, given the little time at her disposal

The Republic of Moldova has a new government. In his message addressed to the new Council of Ministries, the ex Prime Minister, Vasile Tarlev, expressed his hopes that the new executive, headed by Zinaida Greceanii, will continue the economic and social projects launched during his office.

With 56 votes out of 101, the Parliament of Moldova passed a vote of confidence, approving both the program and the structure of Mrs. Greceanii government. The newly elected Prime Minister declared that the main goal of her executive will be an improvement of the public administration activities and a tighter collaboration with the civil society, in order to fulfill the objectives foreseen in the National Development Strategy for 2008-2011.

After many comments and rumors about the inefficiency of the previous executive and on the need for change, that eventually led to the resignation of Tarlev's government, the president Vladimir Voronin revealed the real reasons behind his decision to push for the creation of a new executive. According to what the President stated to a private tv channel, he and Mr. Tarlev wanted to replace 6-8 ministers, but they didn't want to assume the responsibility of this political decision only upon themselves, and so decided to make a general reshuffle through the resignation of the entire government.

The new Prime Minister, Zinaida Greceanii, is a member of the Party of Communists of Moldova. She was the candidate of the party as mayor of the capital city, Chisinau, at the early local elections held on the 10th and the 24th of July, 2005. Mrs. Greceanii gained 50,15% of the votes at the first turn, and 87,7% at the second, but most opposition parties boycotted the elections. As a results, the electoral results were not validated because of the low turnout (19%).

Mrs. Greceanii was Minister of Finance from 2002 to 2005 and afterwards was appointed vice Prime Minister. She led the negotiation team which reorganized the external debt of the Republic of Moldova with the International Monetary Fund, and held negotiations with the Russian energy giant Gazprom. Mrs. Greceanii is considered to be highly capable in financial and energetic matters, and loyal to the president Voronin.

Greceani's government is made up of 16 ministries, and is regarded as more bureaucratic than the previous one. The Moldavian parliament recently even approved the creation of a new ministry, the Ministry of Constructions and Development of the Territory.

The idea of "rejuvenation" was central to the creation of the new government, and marks a clear strategy in view of the coming parliamentary elections of 2009. The communists created expectations of a new government made of very young politicians, with an average age of 36, and of a higher proportion of women among the newly elected ministers. What actually happened is that the new government inherited 10 ministers out of 16 from Tarlev's executive, with only six women in it, Premier included. Neither the actual head of the executive, 54, is younger than the former one, 45.

Mrs. Greceani's government got rid of some undesirable elements of Tarlev's one. Two most controversial and long-lived ministers, Vladimir Molojen and Gheorghe Papuc, were ousted. Vladimir Molojen, former minister of the Information Development, is tightly related to the well-known Canadian businessman Boris Birstein, whose name is connected to the pillage of financial means belonging to the Communist Party of the Soviet Union. According to the Moldavian press, Molojen administers Birstein businesses in Chisinau, in competition with the financial interests of Oleg Voronin, son of the president Vladimir Voronin.

Gheorghe Papuc, former minister of Interiors, is suspected of having conducted illegal affairs while being in office. His name is linked to a big scandal that recently involved the Ministry of Interiors after a police operation that led to the seizure of 200 kg of heroine. As a result, he was on top of the 'black list' of the reformist wing of the Party of Communists of Moldova, that pushes for a purge of the old elements from the party.

It's curious to note that the new minister of Interiors, Valentin Mejinschi, who committed himself to improve the attitude of the Moldavians towards police during his mandate, has relatives in the government of Transnistria, since his brother is vice-minister of the Internal Affairs of PMR.

The new government in Chisinau will serve for just one year, until the parliamentary elections scheduled for the spring 2009. "Progress and integration" is the title of the Mrs. government's program, that foresees stronger relations between the Republic of Moldova and the European Union.

Mrs. Greceanii's executive aims at building good neighborhood relations with the European Union, including constructive relations with its western neighbor, Romania,"through the perspective of respecting the political and economical interests of the Republic of Moldova".

The new government has big plans. In some months it wants to achieve what has been planned and promised for years, but has never been accomplished. It plans to increase the average salary to at least 300 US$ per month, to increase by 40% pensions and social allowances, and by 50% scholarships for students. The program foresees an increase by 30% of the budget placed for special and higher educational institutions.

Mrs. Greceanii contended that the increase in the revenue of the population is going to be real, since the government will boost the macroeconomic indicators. The prime-minister added that the government will ensure an increase by 7% of the GDP and will keep inflation under 10% per year. The program pays also attention to direct foreign investments, an central factor to achieve sustainable economical growth, creation of new working places and development of the infrastructures.

The new Prime Minister is regarded as an highly capable economist, but many analysts in Chisinau believe her government will have little space for maneuvering, given the little time at its disposal. Critics believe that the government will follow the path set by president Vladimir Voronin and it will find very difficult to keep its promises to improve the standard of life of Moldavians by 2009.