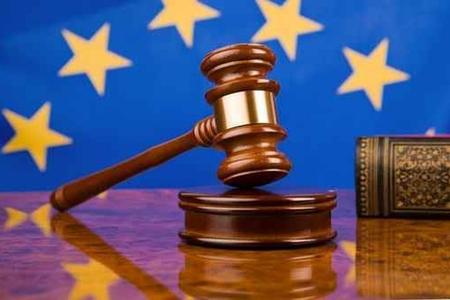 A Special Court should deal with alleged war crimes committed by KLA officials, but analysts in Kosovo are skeptical about its scope

Kosovo is under international pressure to establish quickly a new EU-backed Special Court which is expected to investigate alleged crimes committed during and after the war by senior Kosovo Liberation Army figures. The Constitutional Court last week rejected the claim of the main opposition party Vetevendosje (Self-determination) that the draft law on the Special Court violates Kosovo’s law as it creates a parallel judicial body.

The constitutional amendments should be passed soon by the Assembly of Kosovo with a two-thirds majority, alongside with a law to allow the Special War Crimes Court to be set up within Kosovo’s justice system. According to the draft law, the chambers will be based in Kosovo an in a host country, while the prosecution will be in a EU member country. Likely, the Netherlands could be the host country.

US ambassador in Pristina Tracey Ann Jacobson warned Kosovo’s leadership that the US could not continue to block attempts by Russia – a permanent UN Security Council member – to establish the Court for Kosovo, if the Assembly fails to approve the creation of the new Special Court. The EU Office/EU Special Representative in Kosovo in a statement said that the provision of a dispassionate environment where an independent and impartial judicial process can take place is the only way of addressing serious allegations. “The Special Chambers will not re-write history nor pass judgments upon it, but will seek to determine justice and responsibility for any individual criminal wrongdoing", says the statement.

Law experts in Pristina estimate that the creation of the Special Court is irreversible. Lawyer Kujtim Kerveshi, however, believes that local institutions should have their role in the process.  “Establishing this Court will undoubtedly convey emotions, but the Republic of Kosovo should be the "owner" of this process”, Kerveshi says to OBC.

The Group for Legal and Political Studies has analyzed the possible consequences, should if Kosovo fail to create the Court. “In general, the study concludes that the Kosovo statehood could be endangered, as will its international credibility. However, there are remaining avenues that can be explored and all of which involve the Security Council.  Of course, the involvement of the Security Council will give emphasis to Resolution 1244 and consequently undermine Kosovo statehood”, explains Dren Doli from the Group for Legal and Political Studies.

Since 1999, the alleged war crimes in Kosovo have been tried by the International Criminal Tribunal for the former Yugoslavia (ICTY), the UN Mission in Kosovo (UNMIK) and the EU Rule of Law Mission in Kosovo (EULEX), but few perpetrators have been punished so far. The majority of the war crimes cases have been the ones committed by Serbs against Kosovo Albanians, but a report of the Council of Europe – followed by the EU Special Investigative Task Force – accused senior Kosovo Liberation Army figures of post-war crimes, saying there were compelling indications of organ-trafficking by fighters.

The majority of the population in Pristina, however, see the new Special Court for Kosovo as part of a political process to appease Serbia’s constant demands for delivering justice for crimes committed against Serbs in Kosovo. Dren Doli, of the Group for Legal and Political Studies, claims that the creation of the Special Court is not exclusively a service to justice. Political considerations have also played a significant role in incentivizing the creation of the Special Court for Kosovo, he notes.

“There are two sets of arguments that help to explain it. First, and having regard that Kosovo has gone through an international administration, as well as accepted an EU Rule of Law Mission (unique of its kind, both in terms of authority and structures), the establishment of this Court is necessarily perceived either as the failure of both the UN (including the ICTY) and the EU to persecute alleged crimes, or a final set of injustice that people of Kosovo have to accept. Second, the necessity for such a Court is a response to allegations contained in the contentious Marty report”, says Doli to OBC.

“Regardless of the trustworthiness of this report, it damaged Kosovo’s image and needed an answer. Finally, the acceptance of this Court becomes even more problematic if one notes the extent of war crimes against Kosovo Albanians that have not been addressed. All told, the Kosovo institutions should be aware that establishing this Court will help strengthen Kosovo’s credibility and confirm its commitment to the rule of law and to European integration. In addition to that, the creation of the Court will help Kosovo improve its image and close another chapter of speculations”, he added.

Many of the cases that the new Special Court for Kosovo will deal with are now almost 16 years old. Very little material evidence is left, and a majority of cases will have to rely on witness testimony, which is very fragile in Kosovo. Lawyer Kujtim Kerveshi is skeptical that the Special Chambers and the Special Prosecutor’s Office will succeed to deliver justice.

“Regarding war crimes convictions allegedly committed by former KLA members, it is difficult to believe that the Court will be particularly successful, because I assume that most of the cases are now old, and my feeling is that this issue is dealt with more in a political than a legal basis. I really hope that this Tribunal will be efficient and responsible, because the ICTY dealt unprofessionally with war crimes, did not achieve any results and moreover violated seriously the rights of the parties. Some of the political figures that were tried by the Hague Tribunal, and some that were named as suspicious were prosecuted for many years and at the end the court acquitted them”, he said.