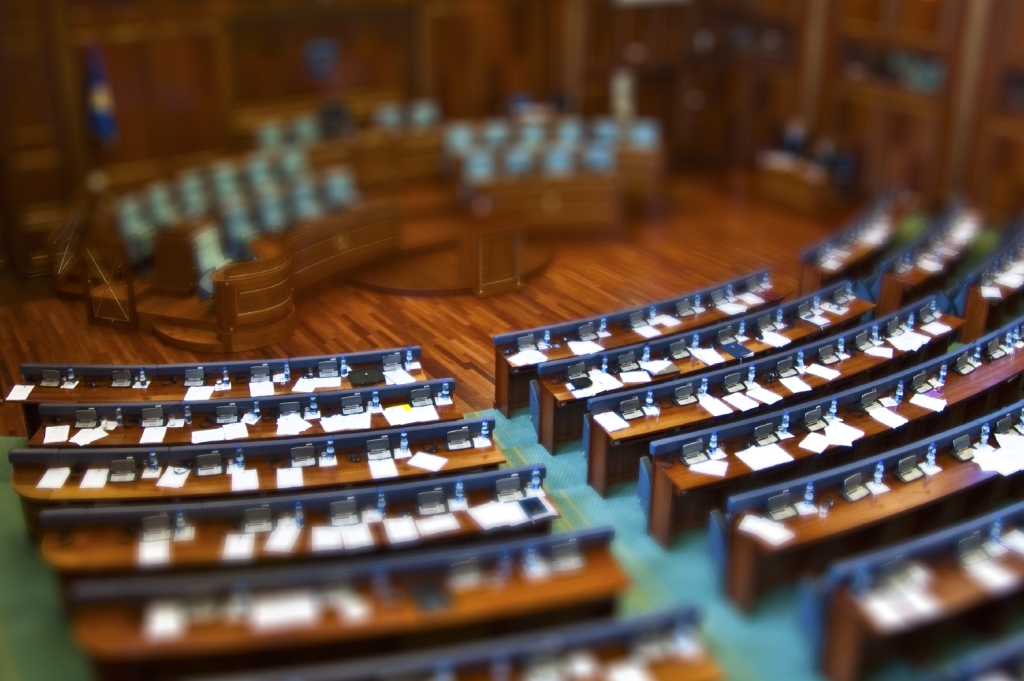 Following a month-long deadlock, the Kosovo Assembly has finally voted the law establishing a Special Court to judge the KLA alleged war crimes

Kosovo’s Parliament has voted on Monday, 3 August, to change the country's Constitution in order to allow the creation of a special Tribunal that will try some of the former Kosovo Liberation Army (KLA) members for alleged war crimes, including organ harvesting.

The constitutional changes were backed by 82 deputies in the 120-seat parliament.

The decision came following the pressure exerted by European Union and United States officials on Kosovo’s leaders to address the accusations initially made by Council of Europe rapporteur, Dick Marty, then by the EU Special Investigative Task Force.

The Assembly (Parliament) failed to vote the law on the Special Court in June, due to robust opposition. The EU and US diplomats in Pristina warned that if the Assembly of Kosovo failed to create the Court, the issue would be taken up by the United Nations Security Council, where inevitably Russia - Serbia’s ally - would play a role.

The president of Kosovo, Atifete Jahjaga, said that “the establishment of a Special Tribunal, based upon the legislative framework, demonstrates the dedication of Kosovo to the justice for all principle”.

Opposition parties and KLA veterans opposed the establishment of a new EU-backed war crimes Court, which they consider as an insult to the Kosovo Liberation Army’s wartime struggle. One of the KLA commanders and former Prime Minister of Kosovo, Ramush Haradinaj, said that "by approving this Court we (Albanians) are turning ourselves into a monster. During the war we were not monsters, we were victims."

Vigan Qorolli, lecturer in International and European Law at the Faculty of Law in Pristina, told OBC that the war crimes allegations are linked to certain persons and not to Kosovo or the KLA itself. “The Kosovo Liberation Army’s war is clear enough to everyone. The biggest argument for this is the NATO humanitarian intervention in Kosovo in 1999, to stop the genocide committed by former Yugoslavia and Serbia. The individual crimes are not linked to the KLA command because neither murder, nor exterminations or deportations were its aim. On the contrary, the Government in Belgrade waged toward ethnic Albanians a policy of extermination and massive deportations in 1998 and 1999 – as argued by the International Criminal Tribunal for the former Yugoslavia and by the International Court of Justice in their respective Kosovo cases”, argues Qorrolli.

The Special Chamber and Prosecutor's Office (known as the Special Court) will be part of the Kosovo judicial system and will be made up of international judges and prosecutors. It will operate both in Kosovo and in a EU country, likely in The Hague. The witnesses and the accused will be sent to The Hague to avoid witness intimidation and ensure a credible judicial process.

Kosovo’s authorities now need to start diplomatic negotiations with the EU and the Netherlands in order for the Court to start working in autumn. The Dutch ambassador to Kosovo, Robert Bosch, told the daily Koha Ditore that the Netherlands has first to negotiate the issue with the EU, and then with Kosovo. As he said, in August almost everyone is on the leave so nothing is expected to happen before September.

Kosovo, as a post-war society, is creating this Court for the sake of international political interests, warn analysts. According to the law expert Vigan Qorolli, mentioned above, this Special Court is an experiment in transitional justice: “Kosovo was not immune from the process of globalization of justice. This is a typical example of war crimes politics, where the international community does not trust the local authorities. However, it is very obvious that the political leadership of Kosovo is tackling difficult diplomatic negotiations to secure the cooperation of the host state. Primarily, because of the domestic harsh reactions over the creation of this Court; and, secondly because the Netherlands is not giving the clear signals that it is willing to become a host state for this Court. The Special Court will look more like an interstate Court, rather than an international Tribunal”, he added.

The majority of the investigated war crimes cases have been the ones committed by Serbs against Kosovo Albanians. A report of the Council of Europe, however – followed by the EU Special Investigative Task Force – accused senior Kosovo Liberation Army figures of post-war crimes, saying there were compelling indications of organ-trafficking by KLA fighters.

The majority of the population in Kosovo, however, sees the new Special Court as part of a political process to appease Serbia’s constant demands for delivering justice for crimes committed against Serbs in Kosovo.

Belgrade welcomed the decision of the Parliament of Kosovo to establish the Special Court. Marko Đurić, the director of the Serbian government’s Office for Kosovo, said to the Serbian broadcaster B92 that the vote in the Assembly was only a first step. “We cannot be satisfied until those who have committed crimes have been punished,” he added.

The move was welcomed by the EU High Representative Federica Mogherini.“The step made by the Kosovo MPs, not easy, shows responsibility and the determination to establish the truth, making decisions in line with the Kosovo European path. The EU is dedicated to providing assistance in this process, and to continue working with the parties involved to complete the process of establishing the necessary legal mechanisms so that independent and fair trials can take place in the foreseeable future”, she said.

EU and US diplomats in Pristina emphasized that the establishment of the Special Court “will strengthen the principle of the rule of law in Kosovo, and our countries will continue to support Kosovo’s efforts in this field. By dealing with its past and ensuring justice for the victims, Kosovo can achieve reconciliation and build a better future."