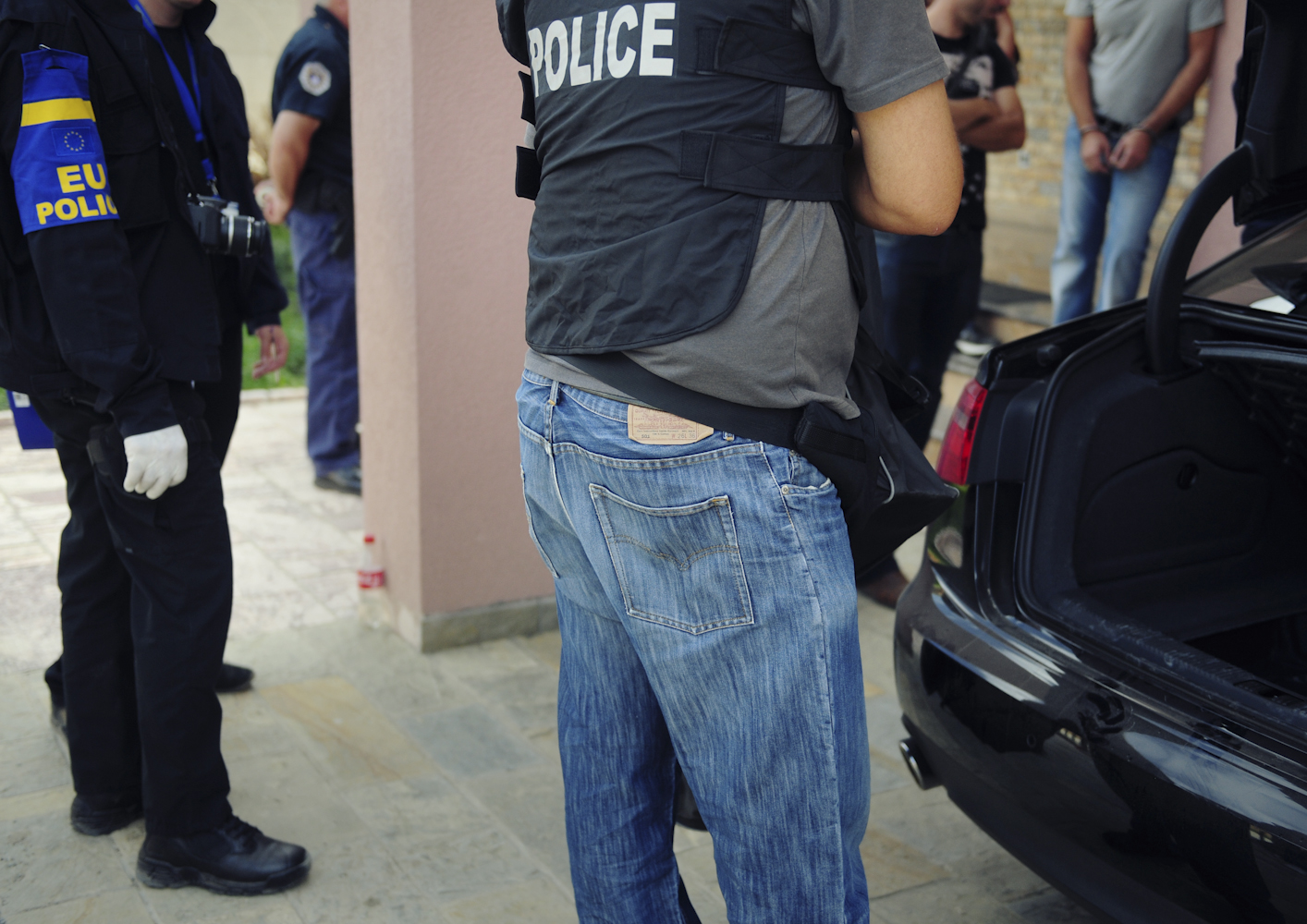 Organ trafficking in Kosovo: the Marty report, the Medicus case and the first convictions. Some open questions on the Eulex conduct

The case began by chance. In October 2008 a poor man fainted at the airport of Pristina, the capital of Kosovo, on his way home to Turkey. It emerged that one of his kidneys had been removed, because he had sold it. The operation had taken place in the Medicus clinic. The UN police immediately arrested the Kosovar surgeon who had performed this and other organ transplants, his assistants, and his son; and a few weeks later the UN handed over the case and the evidence to Eulex, which began its operations on 9 November 2008. Three days later Eulex opened its investigation.

A first indictment was issued almost two years later, on 15 October 2010, and it was confirmed on 4 March 2011. On 13 June 2011 a second indictment was issued, against the Turkish surgeon and the Israeli mediator who had allegedly organized the organ-trafficking system: but they have not been caught and remain at large. The trial begun on 4 October 2012, against the Kosovar defendants. On 29 April 2013 the court – composed of two Eulex judges and a Kosovo one – convicted five defendants for organized crime, trafficking and for ‘causing grievous bodily harm’ (with sentences of 8, 7, 3, 1 and 1 years), and it acquitted the two defendants – including the former permanent secretary of the health ministry – who had been accused of assisting such crimes from within the institutions. On the following day Eulex announced that it had opened an investigation on seven other suspects.

Thus far, therefore, Eulex has convicted the persons whom the UN police had caught red-handed, and has failed to identify the public officials who assisted them. Not an extraordinary result, frankly: the convictions were to be expected, and despite more than two years of investigations the probable involvement of public officials remains unearthed.

The Marty report and the Medicus cas

In December 2010 the Council of Europe unveiled a report, written by Swiss senator Dick Marty, on an episode of organ trafficking that allegedly occurred in 1999-2000. The report attracted the attention of international public opinion because it argues that the KLA harvested organs from its prisoners and sold them on the black market, and it indicates that the persons potentially involved include Kosovo’s current Prime Minister, who in 1999 was the political leader of the KLA, and a surgeon who advised him on health matters. The Marty report links that episode to the Medicus case: it says that information has been found, which ‘appears to depict a broader, more complex organized criminal conspiracy to source human organs for illicit transplant, involving co-conspirators in at least three different foreign countries besides Kosovo, enduring over more than a decade. In particular, we found a number of credible, convergent indications that the [1999 organ-trafficking case] is closely related to the contemporary case of the Medicus Clinic, not least through prominent Kosovar Albanian and international personalities who feature as co-conspirators in both. However, out of respect for the ongoing investigations and judicial proceedings being led by EULEX/the Office of the Special Prosecutor of Kosovo, we feel obliged at this moment to refrain from publishing our findings in this regard’ (paragraph 168, emphasis added).

After some initial disorientation, on 26 January 2011 Eulex announced that it took the Marty report ‘very seriously’. Hence, the Eulex prosecutors should immediately have questioned its author on both the Medicus case and its broader ramifications, in order to conduct the necessary investigations. This did not happen. On 23 March 2012, long after the investigation had been concluded, the Eulex prosecutor merely asked Dick Marty to appear as a witness in the trial. The judge approved this request on 11 May 2012 .

But Marty was covered by immunity and could testify only if the Council of Europe waived it. Such immunity is a prerogative of the institution and it is necessary for its investigations to be conducted. Marty also wrote a very important report on the ‘extraordinary renditions’ organized in Europe by the US government, and he presumably talked to persons who would risk their life – in Egypt, Afghanistan, Iraq – if their names were revealed. Just like in the case of the Red Cross, therefore, waiving the immunity would hamper future Council of Europe investigations because it would weaken the credibility of its pledge to protect the confidentiality of the sources, which would by implication become more reluctant to speak. Moreover, despite Eulex’s presence, witness protection remains very weak in Kosovo, which provides another reason for not unveiling the names of persons who had spoken to Marty under the protection of confidentiality. Hence, it is hardly surprising that on 29 May 2012 the competent parliamentary committee of the Council of Europe unanimously voted against waiving the immunity.

An article that comments the Medicus judgment quotes a Eulex judge as saying that Marty and the Council of Europe ‘retreated behind the cloak of immunity’, and that also the other judges were ‘perplexed’ by the refusal to waive it. Such criticism and perplexities are unwarranted and surprising: Marty could not waive his immunity, and the Council of Europe’s refusal to do so was legitimate, justified, understandable and entirely to be expected.

In an subsequent interview the Eulex prosecutor – Jonathan Ratel, who works on the Medicus case since March 2010 and has recently became the chief prosecutor of Eulex – reiterated that both he and the court regretted that the immunity was not lifted, and added: ‘[t]o tell you the truth, I do not understand why [Marty’s] immunity was not removed’ (Google translation). This is not credible, because the reasons for that decision are obvious to anyone who is familiar with the nature and rationale of such immunities: as we cannot believe that Ratel did not consider such issues when he made his request, we must assume that he knew that a refusal was the most likely outcome.

In the same interview, Jonathan Ratel also says that both he and the court ‘had a lot of interest for his testimony’. Also this statement is not credible. Why did he wait for 16 months before requesting to hear Marty? Marty had written that he had information linking the Medicus case to a ‘complex organized criminal conspiracy’ involving ‘prominent Kosovar Albanian and international personalities’: information that was obviously crucial for the investigation. Conversely, Ratel closed his investigation nine months before requesting Marty’s testimony (the second indictment was issued in June 2011), and only thought of him as a witness to prove the charges against the known and obvious suspects. But as such charges were already based on the evidence collected by the UN police and by Eulex, Marty’s testimony could only serve as additional confirmatory evidence. In fact, it probably was unnecessary evidence because such suspects have been convicted anyway (the two acquittals were for crimes on which Marty presumably has nothing to say: abuse of office and unlawful exercise of medical activity).

My hypothesis is the following. Eulex’s prosecutors had a rather simple case. The Marty report indicated that the case had much broader ramifications, both difficult to investigate and politically sensitive because they could have led to Kosovo’s Prime Minister. Eulex was probably inclined neither to complicate an easy case nor to decapitate Kosovo. But the Marty report could not be ignored. Hence, Eulex’s prosecutors chose to neutralize it. They asked Marty to testify, knowing that his immunity would most probably not be waived, and they made this request only when it would anyhow have been too late to expand the case to the political level. Once the waiver was refused, Eulex acquired an impeccable answer to the question as to why it only managed to convict those who had been caught red-handed: the crucial witness was not available.

But this is a fragile explanation, because Eulex could and should have investigated the broader ramifications of the case also without Marty’s assistance: his report indicates names, connections, places, practices, and it had to be taken ‘very seriously’. Indeed, Eulex has now announced a second investigation, which is widely believed to focus on the involvement of public officials: including, presumably, the prime minister’s health advisor. But why does this happen two and a half years after these persons were first plausibly linked to the Medicus case? Moreover, Eulex’s policy (rightly) is not to comment on on-going investigations: why did it make such an unusual announcement?

Two answers are possible. The first one is that Eulex merely wanted to pre-empt possible criticism that it satisfied itself with a very limited result, without investigating the broader ramifications of the case. The second one is that the mission has changed its policy and is now determined to pursue this case without regard for political convenience. An editorial recently published by one of Kosovo’s most respected newspapers opts for the latter interpretation, and it intones a panegyric to Ratel: the ‘only one who has shaken the foundations of organized crime in Kosovo. Those who are involved in crime should be sweating as soon as they hear the name Jonathan Ratel’ (Google translation). This seems premature: this prosecutor works on this case since March 2010, and so far he has obtained the conviction of five people who had been caught by the UN police with the lancet in their hands, and has failed to find their accomplices in the institutions (the only two suspects have been acquitted).

To be sure, that a second investigation has been opened is a good sign. But it does not necessarily imply that Eulex is ready to prosecute high-level crime. Since 2008, the mission has manifestly followed a policy not to encroach upon the interests of Kosovo’s élite: only some prominent indictments and convictions would prove that such policy has been abandoned. But there might not be enough time, because Eulex (or at least its executive powers) will probably last only another twelve months. Indeed, this is one element in favour of the pessimistic interpretation: Eulex may simply be trying to end on a high note, while leaving behind a domestic judicial system that is still utterly unable to confront the crimes of the élite (because it is exposed to intimidation and political interference, inefficient, and vulnerable to corruption). But if this interpretation is wrong – as it may well be – the mission should be given enough time to rid Kosovo of at least part of the élite that is blocking its economic and democratic development.