Kosovo: the first ever Pride Parade 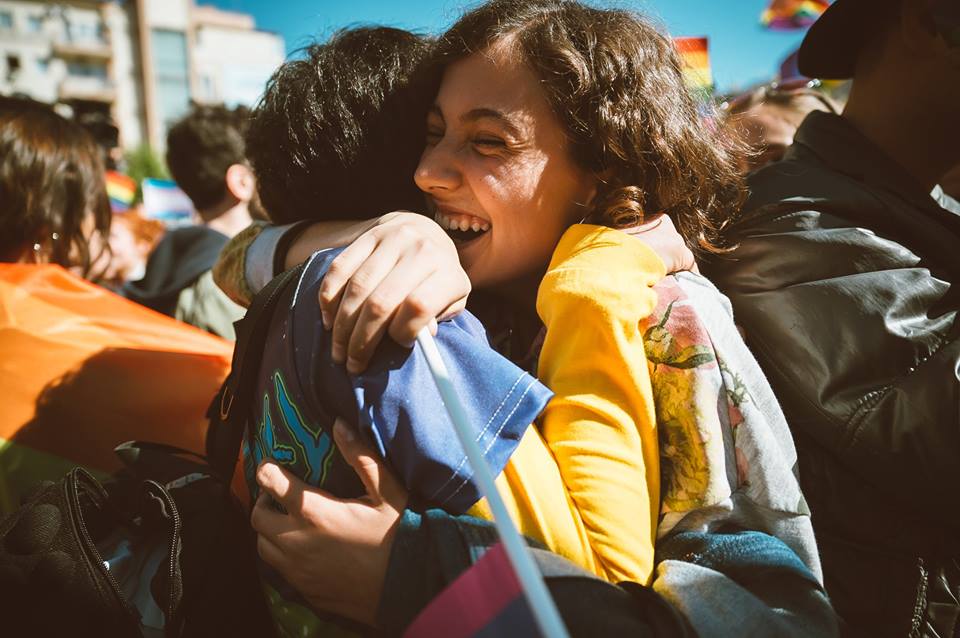 Pride in Pristina - LGTBI Centre for Equality and Liberty

In October, for the first time, a Pride Parade has been held in Pristina. Nevertheless the fight against sex discrimination in the country is still long

The first ever Kosovar Pride Parade, preceded by a Pride Week, was held in Prishtina in October. The Lesbian, Gay, Bisexual, Transgender, and Intersex (LGTBI) organisations staged their celebratory event to raise awareness on the marginalised position of their community within Kosovo's largely conservative society. Hundreds of LGBTI persons and their supporters walked and danced under the media spotlight and free from any significant abuse. The parade received political endorsements by local institutional leaders, including the president, as well as from the representatives of foreign offices. 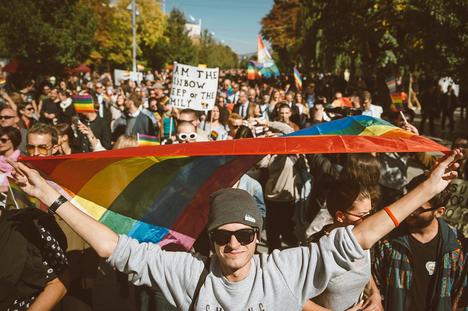 The parade was officially announced by organisers just days earlier – still long enough to stir strong reactions against the event itself, and ultimately against the community. At least two imams went online calling the parade shameful. In addition, the leader of a minor political party promoting an Islamic agenda claimed that parades should be held by uniformed corps like the police, not by those who spread “disease”. This post was later removed from Facebook on hate speech grounds.

However, enough damage was done to encourage intolerance, vulgar insults, and even threats against participants across comments to online articles announcing the parade, as publishing online slurs without any accountability seems to be the new normal. Eventually, despite thousands of derogatory and insulting comments, no major incidents were registered at the actual parade. However, two separate incidents were registered right after the parade, with members of the LGTBI community threatened and physically attacked.

Such cases will likely drag on indefinitely, like all similar reports made in the past. LGTBI organisation Centre for Equality and Liberty (CEL) registered six cases of hate crime based on sexual orientation in 2016, but only one of them made it to the police records. Reasons include the facts that the perpetrators are often family members and that the details of the case would most likely leak back to the family.

A general mistrust in authorities by LGBTI individuals is founded on lack of knowledge and willingness to address hate crimes on the part of institutions. There is no valid reason why LGTBI community members are not consulted when the prosecution is not clear on how to address such human rights violations.

Against this backdrop, organisations such as CEL and the Centre for Social Group Development (CSGD) work with law enforcement and municipalities to raise awareness on LGBTI issues and rights. In addition, they provide free legal aid or, when needed, shelter by sister organisations in Albania.

While legislation is solid, it lacks proper implementation, as in every sector of rule of law in Kosovo. There is also a conflict between the Law on Family, which states that only two persons of different sex can legally marry, and the Constitution, which forbids any kind of discrimination, including those based on sexual orientation.

This and other key issues were discussed during the Pride Week amongst partner LGTBI organisations from the region.

Events like the Pride Week would not be happening without donor support. Funding and expertise are channeled to improve the country's poor track record on human rights, with special focus on marginalised groups and minorities. In 2016, EU progress reports mentioned poor response by the authorities on cases of verbal and physical assault against LGTBI persons.

Such reports consistently indicate lack of implementation of the current legislation, hindered by lack of resources and political commitment at all levels. In response to the critical reports, all events organised by the LGTBI community have been endorsed by the President’s office to promote tolerance.

Kicking off the first parade ever

Endorsement by high officials is commendable for a conservative society such as Kosovo, as it provides some legitimacy for a community that is scared to go public. The Prime Minister hosted the organisers and kicked off the Pride Week, while the President was present at the meeting point in preparation to the parade.

The LGTBI community got a clear signal at the first ever official Pride Parade in Prishtina, that gathered hundreds of supporters – more than all previous marches against homophobia and transphobia.