Kosovo Serbs, divisions getting deeper after the elections

Kosovo elections: conflicting realities South and North of the Ibar 11/12/2009 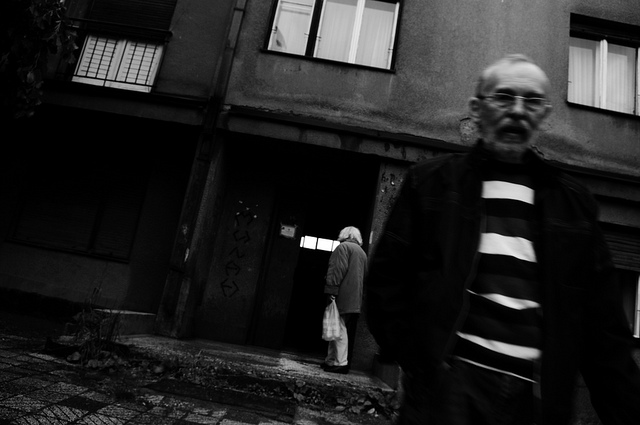 The recent Kosovo election has deepened the ten-year, de facto partition of Kosovo as indicated by the boycott (as expected) of ethnic Serbs in northern Kosovo and the first significant participation of ethnic Serbs south of the Ibar River.

The Serbs living north of Kosovo’s divided city of Mitrovica claimed the Republic of Serbia has sovereignty in their area and ignored the elections. The ethnic Serbs south of the Ibar River actively participated in the polls, sending the message of accepting a different reality while continuing to live surrounded by Kosovo Albanians.

This action could be expected after the summer’s elections in some municipalities in the south, when the ethnic Serbian participation represented a breakthrough in the post-1999 general Serbian boycott of Kosovo’s elections.

What was not yet publicly visible on the eve of the elections came to the surface on election day: a “new” media war started between these two leading Serbian political factions.

Several Serbian political leaders, led by Rada Trajkovic, accused the Serbian Liberal Party of “an outrageous brutal vote theft” after receiving about 800,000 Euros from Thaci to buy the Serbian votes.

Trajkovic also accused some Serbian government’s representatives, who originate from Kosovo, of launching an campaign against her, thus helping her competitor to win. She had threatened to pull out of the electoral process.  She claimed to have changed her mind after talking to Pieter Feith, the EU Special Representative in Kosovo, who persuaded her to give the institutions a chance to react promptly.

Her party submitted a complaint, supplied all available evidence of irregularity in the elections in Kosovo Serb areas, and requested that elections be repeated in the enclaves of Strpce and Gracanica. Her complaints were rejected, despite the repeat of elections on 9 January in 21 polling stations in 5 other municipalities because of the many irregularities that marred the vote on 12 December.

Trajkovic stated to OBC, “We have sent our protest now to the Supreme Court of Kosovo, but I am not expecting them only to decide on the repeat of election but to launch an investigation against such brutal, brutal theft, which I have not seen even in the worst time of Milosevic.”  She  emphasised that she now expects Pieter Feith to keep his promise that she would not be left alone and Kosovo’s institutions would react positively to her appeal.

Trajkovic adds, “He would be entirely unfair, if our complains remain ignored. I am not requesting anything special, just fair conditions to compete for the votes, which we could not do with such an outrageous vote theft.”

For days, political opponents of the Independent Liberal Party have publicly accused the winner of various election frauds. In front of eyewitnesses, they allegedly took empty ballot boxes to other places and stuffed them with dozens and hundreds of ballots, paying about 50 Euros to every Serb who voted for them. In Strpce, a man was even beaten up, in order to remove him while putting already marked ballots in the ballot box.

The manipulations were allegedly also done with the so-called “conditional votes”, where people could easily vote twice with two identification cards: one from the Serbian government and the other from Kosovo.

Trajkovic bitterly talks about the voting incidents: “A car parks in front of the polling station with two men inside. They attempt to remain incognito by putting some caps on their heads. People come to the car, take the ballot with the marked party, go inside, take a blank ballot, put the previously marked ballot in the box, bring the empty ballot back out and take the money, about 50 Euros. An international representative looks at it and says nothing. We all see, but we are helpless.”

The Independent Liberal Party officials reject all the accusations, calling them “nonsense”, “the rhetoric of a loser” and blame their counterparts to be nothing but “media leaders”. They claim to be the only true Serbian political leadership in the south, far away from “a high politics” and resolving real-life issues and challenges for their people on the ground. As their greatest success, they mention the construction of apartments and other facilities for Serbs in the south, who remain scattered in small and poor enclaves, away from Kosovo’s cities.

Official Belgrade sent confusing and contradictious messages in public about the possible Serbian participation to the elections. The official statement was: “Conditions are not yet created for the Serbs in Kosovo and Metohija to participate in the elections.” It was initially interpreted as Belgrade was against the participation, but such interpretation was soon softened up, when Belgrade specified that it would not “punish” any Kosovo Serbs who cast his/her ballot and was aware of “different realities” between northern and southern Kosovo.

Many Kosovo Serbs interpreted such an ambiguous stance as a betrayal. It is widely believed that the Kosovo Serbs south of Ibar River were “left to float away”. Very few Kosovo Serbs believe that Belgrade actually has a plan to keep or increase its influence in southern areas. However, some government’s representatives who originate from Kosovo, publicly spoke against the elections, but are widely believed to have tight personal connections with those Serbian political actors who ran in these elections.

Even during the summer’s local Kosovo elections, the newly registered Serbian civic initiatives clearly used the infrastructures of political parties from Belgrade, registered only under a different name.

The only unarguable public opinion was that ethnic Serbs in the north would boycott the elections. In spite of a few international appeals, both Kosovo Albanians and international representatives knew no northern Serb would participate.

Although officials in Pristina explained that the boycott resulted from intimidation, a different reality could be immediately felt by visitors in the north.

If Vojislav Kostunica’s DSS party had not placed a few strikingly visible posters calling for an election boycott, one would not know the elections are taking place in the “neighbourhood”.

On election day, Serbs, stuffed with food and drink from many slavas (a family’s patron saint day) were resting and preparing for the biggest slava honouring St. Nicholas, which would soon come.

More than ever, Kosovo Serbs are walking on two different paths. In the last ten years, they increasingly live in two different realities. Traditionally heavily dependent on a solid and firm leadership, Kosovo Serbs believe that they survived the troubled centuries in Kosovo only by believing in the myths of their historical leaders.

No Serbian leaders in Kosovo or Belgrade can currently rally the little more than 100,000 remaining Kosovo Serbs under his or her political flag; yet, they all claim the survival of Serbs as their exclusive goal.