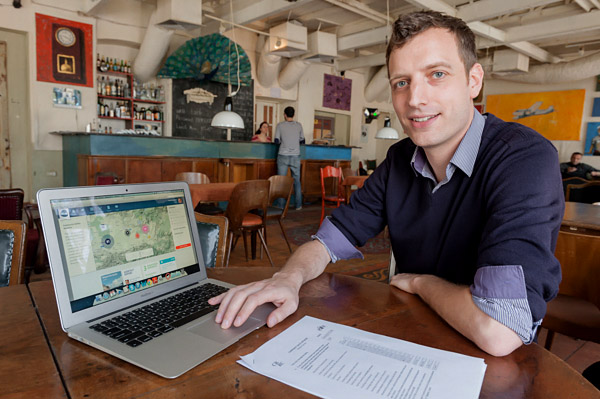 Elva is a platform developed in Georgia that allows to easily receive feedback from local communities via SMS. Successfully used to map local needs along the ABL with South Ossetia, it could soon be used elsewhere

When a relative from Gori visiting family members went missing in Dvani, a village located close to the Administrative Boundary Line (ABL) separating Georgia proper from the disputed breakaway region of South Ossetia, residents were naturally concerned. Unfamiliar with the area, the man inadvertently ventured over the ABL after wandering off to buy cigarettes one morning and was detained by Russian border guards.

Such incidents are not uncommon in the South Caucasus, riven as it is by three frozen conflicts over the disputed territories of Abkhazia, South Ossetia, and Nagorno Karabakh, but thanks to a new crowd sourcing system developed in Georgia, such occurances can now be more quickly reported. In this case, the man was released three days later. 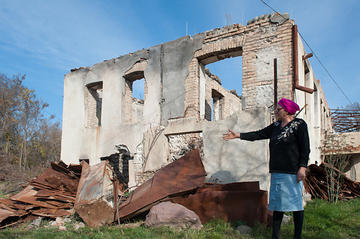 At first glance, the platform, called Elva , which means "lightning" or "express message" in Georgian, might seem similar to others such as the ubiquitous Kenyan-developed Ushahidi, already used in the South Caucasus for a variety of purposes such as monitoring elections, but its creator, 28-year-old Jonne Catshoek from the Netherlands, says it also differs in other notable areas.

“First of all,” he says, “we're not monitoring short-term crisises which is something Ushahidi is incredibly good at.” Instead, explains Catshoek, Elva is more focused on long-term needs and in particular how to measure the effect of policy on communities.

“It's a participatory governance platform for civil monitoring,” he says. “In a nutshell, the idea is that many communities in Georgia, as well as other countries around the world, remain fairly excluded from the decision making process. We've developed our own special SMS format for surveys which allows us to get very detailed data from even just one SMS, but we're also very much focused on two-way communication.”

While Internet penetration is increasing in the South Caucasus, and as the cost of Internet-enabled phones decreases, the situation nonetheless leaves a lot to be desired. According to a Media Survey conducted by the Caucasus Research Resource Centers (CRRC), 39 percent of respondents in Tbilisi said they never accessed the Internet in 2011. That figure was 64 percent in the regions of Georgia. 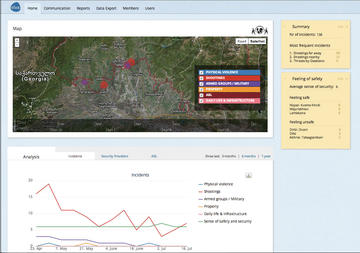 “People in these communities don't have access to the internet," he told the online magazine TechPresident last year. “So, in each village, a volunteer community representative has been recruited to respond to a pre-agreed weekly questionnaire via SMS. Each response to a question is coded with a different letter, and reps simply send one text message combining all those letters to a short code to send in their reports.”

Up to 40 such reports can be sent in just one SMS in 16 conflict-affected communities using the system to track incidents. Elva is also used to report on infrastructure problems or request assistance in emergency situations. The European Union (EU) and United Nations Development Program (UNDP) supported Elva while CRRC and the U.K.-based conflict resolution and prevention organization Saferworld are project partners.

"By tracking and analyzing this data, and sharing it with the relevant local and international actors, we hope to provide a genuinely early warning mechanism which would identify and tackle the emerging problems and sources of tension at their early inception phase," TechPresident quoted Tabib Huseynov, South Caucasus Regional Coordinator for Saferworld, and formerly of the International Crisis Group (ICG), as saying.

In addition to its quantitative data, Elva also allows some qualitative analysis. While presenting Elva to this writer in a downtown Tbilisi cafe, for example, Catshoek shows a graph highlighting how, even when the number of cross-border incidents is minimal or non-existent, the sense of security among local communities still remains low. That might not bode well for the future, but it does highlight the unfortunate reality in the region. 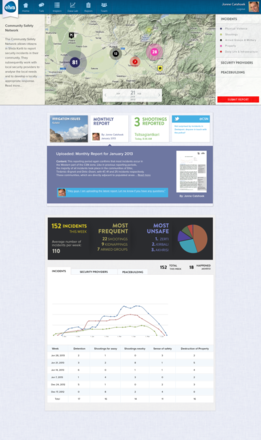 The system, however, does allow stakeholders using the system to discuss reports and indicators among themselves or to request additional information which could be used to make informed decisions when incidents do happen. An early warning system based on data collected since 2010 will also utilize regressional analysis to forecast incidents in the hope of preventing them in the future.

Elva, a small project turned into an independent NGO

Meanwhile, interest in Elva continues, and much to the surprise of Catshoek who moved to Georgia in 2009. “It started off as a small project on which I worked mostly in the evenings and weekends supported by two Georgian developers,” he told Osservatorio. “Seeing how the project benefited local communities, and how much people liked participating in it, I quit my day job and last year turned Elva into an independent NGO.”

Moreover, when news of two Armenian villagers inadvertently crossing into Azerbaijan were posted on Catshoek's Facebook page, the conversation that followed identified another conflict zone where Elva could be used. “Looking at how it has worked in Georgia, it could really benefit communities along the border in Armenia,” he says. “We're now finishing Elva 2.0 and then we'll start to look into this.”

Until then, Elva is finding its application in many other situations. Used to monitor the pre-election campaign environment for the October 2012 parliamentary vote in Georgia, it is also tracking irrigation and traffic problems nationwide. But with increasing concerns about the security situation in the region's three frozen conflict zones, it will perhaps be this setting that sets Elva apart from other platforms.

Crowd sourcing volatile parts of the South Caucasus might not bring resolution of any of the regions conflicts any closer, but the hope is that developments such as Elva might be instrumental in bringing much needed security to those living on or close to the front lines. At the very least, even if the political will to do so can be lacking at times, the public release of Elva will put a new tool in the hands of local civil society to do so instead.