What can Germans and French learn from Serbs and Albanians? 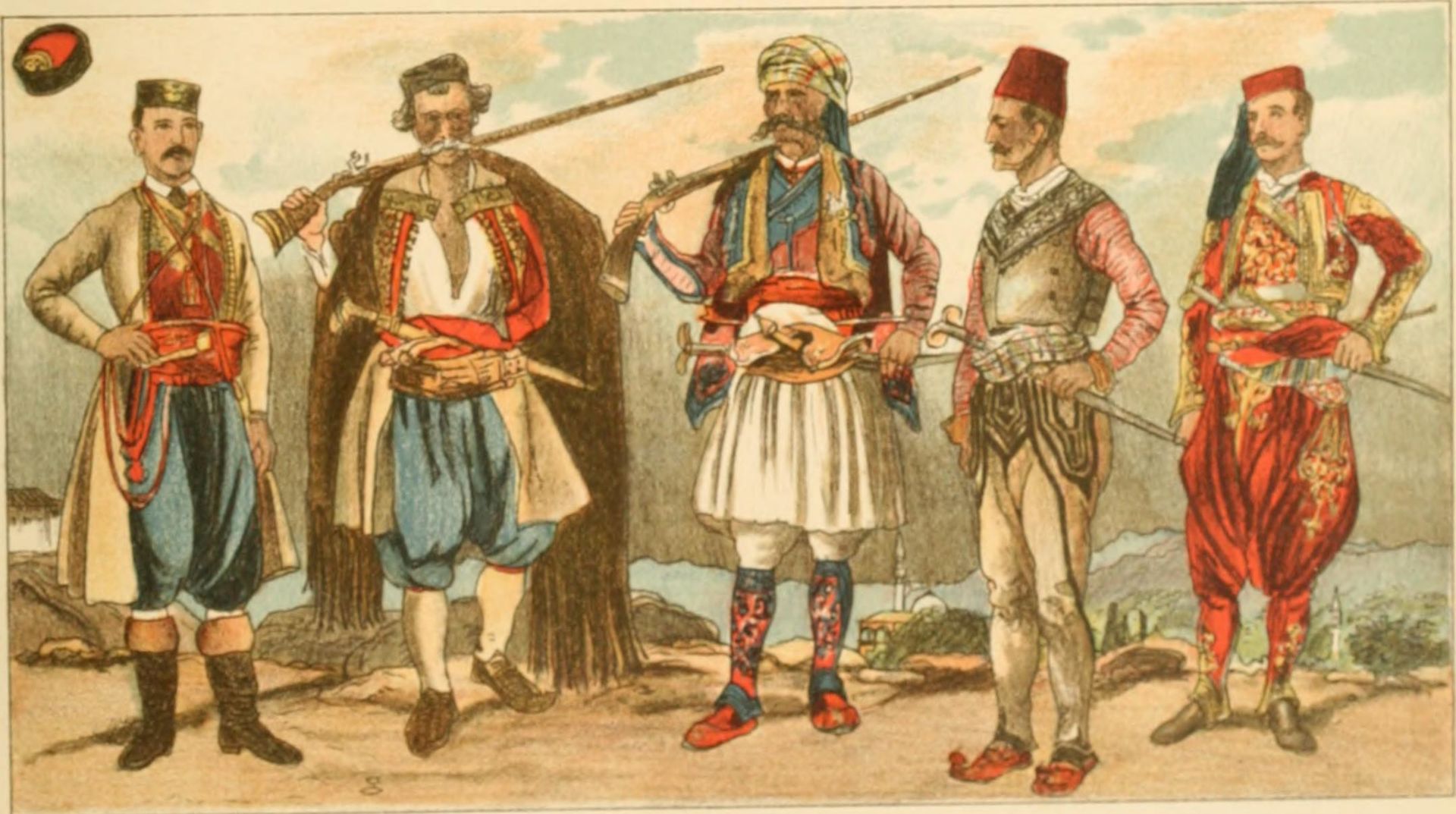 An interesting project with the aim to maintain and strengthen a cooperative network of Albanian and Serbian researchers and civil society activists, and empower them to combat present hostility on a long-term basis

Indeed, there is something distinctly

non-European in that the Balkans

never quite seem to reach the

As years go by, it bothers me more and more to listen to Western politicians talking about our dark history of Serbian-Albanian hostilities, centennial hatred, and conflicts. If they genuinely wish to aid our reconciliation, they – as we ourselves in the first place – ought to know that they are simply wrong.

First, they should know that Maria Todorova, an American scholar of Bulgarian origin, described such a way of speaking about Serbs and Albanians – actually, about the Balkan people in general – as Balkanism. That means that we, the Balkaners, have been for centuries stereotypically perceived in the West as “a synonym for a reversion to the tribal, the backward, the primitive, the barbarian” (Todorova 1997: 3); in other words, as perpetually conflicted and hostile to each other, unruly and uncivilised in comparison to them. In the present-day climate of political correctness, now is the ideal time to raise our voice against such prejudices. To say enough, and explain that talking about us as the perpetual source of conflicts and primitivism is equally offensive as labelling homosexuals as faggots and Afro-Americans as niggers.

I say they are wrong. For example, where does one find these instances of centennial hatred in Medieval times? If we take a look at Serbian and Albanian nobility, we find a number of mixed marriages. Serbian families Branković, Balšić, and Crnojević, and Albanian nobles Castriot, Arvianit, and Topia were especially inclined to intermarry and form family ties. There is nothing strange about that – in Medieval times, it was essential to keep and expand one’s estates and strengthen military and defensive alliances, and the best way to do it was to be related by blood to the surrounding nobility. Hence, Serbian nobility from present-day Kosovo, Macedonia, Montenegro, and northern Albania gladly made bonds with the surrounding Albanian nobility. Skanderbeg, the greatest Albanian hero, is the perfect example of this – his father was from Albanian family Castriot, while his mother Vojislava was of Serbian origin; his older brother was Sinisha, which is a Serbian or, to be more accurate, Slavic name. Or, let us take a look at the famous “League of Albanian Princes”, an anti-Ottoman alliance formed by notable Albanian leaders under Skanderbeg’s influence in Lezhë in 1444. Albanian historians tend to see this event as the first attempt of Albanian unification, the seed of the future Albanian national movement and statehood. That is somewhat exaggerated in my view, but nevertheless, it is a fact that some Serbs played in this “League of Albanian princes” – namely, the meeting and the following coalition included not just representatives of notable Albanian families Castriot, Topia, Arvianit, Muzaki, Spana, and Zaharia, but also Serbian nobles from the Balšić and Crnojević families.

Sure, one could object that here the nobility worked for its own interests; even today, Serbian and Albanian politicians and businessmen cooperate and prosper, while common folks suffer. If Haradinaj had not been arrested in France under Serbian indictment, he would have not been so popular in Kosovo as he is now; more so, if the Serbian list had not baked him up, he would not have been Prime minister either. While Haradinaj publicly warns Vučić “Don’t deal with me”, he is most likely thinking precisely the opposite “just you go on dealing with me, I had never done better than now”. Anyway, if Milošević’s regime had not “dealt” with Kosovo Albanians in the way it did, Ramush would likely still be a construction worker or a bodyguard in a disco club like in the 1990s.

But, let us go back to the common folk in the Middle Ages. Serbian Emperor Dušan’s Code from 1349 repeatedly references Albanians as herders, with rights and obligations granted just like to any other Emperor’s subjects. Finally, one should specify that nationality is a rather modern term that had no such connotation in the Medieval period – back then, rank and class were much more important than origin, language, and even religion (true, provided it was either Orthodoxy or Roman-Catholicism). Hence, when Dušan’s Code speaks about sebri on the one hand, and about Vlasi i Arbanasi on the other hand, it primarily applies to regulations pertaining to the distinction between peasants-lowlanders and herders-highlanders, and less to Serbs and Albanians in ethnic terms.

We could say something similar about the centuries that Serbs and Albanians spent in the Ottoman Empire. That empire did not care so much for ethnicity – it was divided into pashaluks and vilayets where Muslims, Orthodox, Roman-Catholics, and Jews lived side by side. To be sure, not everything there was peachy: Muslims had more rights and privileges by far, but it is important here to understand that religious communities were granted autonomy and that their members were ruled in their everyday life by their religious leaders, who even acted as judges for most crimes and offences. Certainly, with the weakening of the Ottoman Empire, the position of Christians continuously deteriorated; yet, until the late 19th century, we cannot find a single significant clash or conflict between Serbs and Albanians, and up to recent times there was no conflict where these nations as a whole stood against each other.

But let us look, for example, at things in the West in those days. Is it not true that the entire Western Europe was in flames spurred by political and civil wars ever since the Middle Ages, as well as in religious wars fought between the Protestants and Roman-Catholics all the way up to the 17th century? Let me remind here only a few well-known examples: the so-called “Hundred Years’ War” between England and France actually lasted – with interruptions – from 1337 to 1453, that is, over a century! In the so-called “Saint Bartholomew’s Day Massacre” in August 1572, French Roman-Catholics massacred tens of thousands of their compatriots who were Reformist Christians. In the so-called “Thirty Years’ War” that raged in Western Europe between 1618 and 1648, eight million people lost their lives, etc.

Furthermore, we could debate about the extent to which our ancestors were genuinely fond of the Jews, but I do not know of a single pogrom in the Balkans against the Jews prior to the WWII that would resemble the crimes committed against them in Western Europe. All Jews were expelled from England as soon as in 1290, and in 1492 from Spain. Many of these Spanish Jews – Sephardi found refuge here in the Balkans, where their descendants lived as a community until the Nazis occupied this region. Yet, even during WWII, Albania remained the only country in Europe where Jews were not killed and deported on a massive scale – even though Albanians were occupied by the Italians and later by Germans, they stubbornly kept their old customs of hospitality and besa, and hid the Jews in their homes. Thus, while the Jewish population in other European countries shrunk by 90-95% during the war, Albania came out of it with 11 times more Jews than it had in 1941!

Where do we find, I ask, such fratricidal conflicts and massacres in the Balkans in those times, and even later? Where are examples of such ethnic hatred that could come close to the conflicts between Papists and Reformists, German-French, or French-English hostility? Where are such pogroms and persecutions of Jews from Medieval to modern times in Kragujevac, Krushevac, Krujë, or Gjirokastër? Well, there are none. As the satirical foreword of this text claims, if there is something reallyun-European about us, that would be the fact that we never hated each other so profoundly and waged wars against each other as long and bloody as did the Westerners.

To conclude – it is not my intention here to overlook or undervalue mutual conflicts between Serbs and Albanians, especially in the modern period, and certainly not to deny our responsibility in them – in fact, it would be extremely valuable and reconciliatory to have the perpetrators of recent crimes sentenced and imprisoned. Yet, as both domestic and foreign media almost exclusively cover topics related to our conflicts and crimes, I believe it is important to insist that this is not our only, nor most important, feature; that our relations from ancient times to the present contain numerous positive examples and events. To name but a few, such examples include our Medieval dynastic and family ties; joint participation in rebellions against the Ottoman rule; epic folk songs that sing of the same heroes such as Marko the Prince and Musa the Highwayman; Albanians taking part in the early 19th century Serbian Uprisings against the Turks and their later efforts in allying or even uniting with the Principality of Serbia; Serbian intellectuals that in the early 20th century advocated for independent Albania and the creation of a Balkan confederation based on equality; joint partisan fighting against occupiers in WWII; post-WWII development in Albania generously aided by Serbian communists until the 1948 split; joint movies, theatre plays, and actors; rich cultural cooperation; and many more.

Thus, for a start, it would be great if we stopped spreading these persistent, false theses about our centennial hatred and conflicts ourselves, and remind ourselves that Western Europe struggled in various wars while people lived in relative peace, side by side, in the Balkans. Then, we should join forces to silence those negative voices from the West and explain them that, actually, they could learn quite a lot from us. The European Union is in crisis – perhaps a lesson or two on traditional Balkan codes of honour, besa, hospitality, respect for elders, and dedication to family and next of kin would do them good in these times of crisis.

This text was written as a part of the project Beyond Enmity: Changing Serbian-Albanian Perceptions , implemented by Qendra Multimedia from Prishtinë in partnership with the Belgrade Institute for Philosophy and Social Theory. The project received support from the Swiss Embassy in Prishtinë and the project Perform that supports the reform of social sciences in the Western Balkans.