Emissions in Europe: how much CO2 does energy cost us? 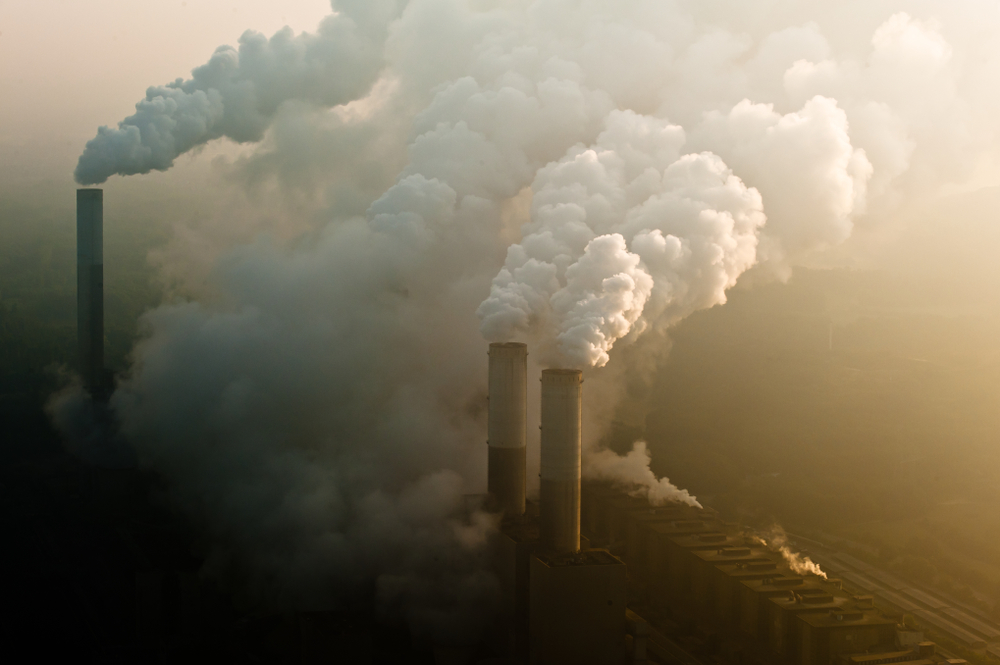 In terms of CO2, energy production is the human activity with the worst impact on the environment in Europe. Emissions in the EU may be falling, but there are still major obstacles to achieving climate neutrality. Meanwhile, to the east, dozens of new coal plants will be built in the near future.

In order to combat and mitigate the impact of climate change, the European Union has in recent years undertaken a series of initiatives to reduce CO2 emissions caused by human activity. This involves introducing stricter limits and allocating massive resources to fuel the transition to cleaner energy. In 2018 the EU declared its intention to gradually reach climate neutrality, or net-zero CO2 emissions.

Certain human activities have a much greater environmental impact than others. According to data from the European Environment Agency, it is energy production that causes the most CO2-related damage in EU member states. From 1990 to 2018 the energy sector was on average responsible for a quarter of all emissions, followed close behind by industry, which in recent years was outpaced by the transport sector.

Not all member states follow the same trends in CO2 emissions and sources. Dividing the numbers by country, again using the European Environment Agency data, we can see that the situation varies greatly.

Over the last thirty years the majority of European countries have seen a drop in emissions – this drop has been especially dramatic in the Baltic republics and Romania. Other countries such as Ireland and Spain have maintained emission levels comparable to those of the 1990s. It should be noted here that a drop in emissions in absolute terms is not necessarily good in itself, given that it could signal a stagnant or collapsing economy.

The impact of fossil fuels

Many differences in the relative impact of the energy sector on overall CO2 emissions in each country can be blamed on the sources producing the energy. With data from ENTSO-E Transparency, we can perform a detailed analysis of the sources used to produce energy in each country.

We see that France, where energy sector CO2 emissions are particularly low, mainly depends on renewables and nuclear energy. The countries where the energy sector produces much greater quantities of CO2 tend to rely much more on fossil fuels.

When we compare the percentage of energy generated by fossil fuels in each country and the proportion of energy sector emissions in total emissions, the correlation becomes obvious. For example, in Estonia, the EU country most reliant on fossil fuels, the energy sector produces precisely 70 percent of CO2 emissions.

The nations that largely depend on fossil fuels for their own energy are also the nations that cause the most pollution via energy production. This is true in both relative and absolute terms, given the size of many of these countries: Germany, Italy, the UK and Poland.

Thanks to data collected by Open Power System Data, we can see how conventional power plants – namely, those powered by fossil fuels, nuclear energy and renewables (hydroelectricity and biogas) – are distributed in 15 EU member states..

The greater the energy capacity of a plant, the greater its dimensions on the map below: a mere glance will tell you that non-renewable power plants are not only generating far more electricity, but are also in the majority.

Unfortunately, this data does not include eastern European countries. For an at least partial view of the situation in countries, we have to look at other sources. Thanks to the work of Europe Beyond Coal, which tracks all the coal plants in Europe, we know that in countries such as Poland and the Czech Republic the number of coal plants is extremely high.

Besides the absolute number of plants, future projects are also cause for concern: while Germany plans to decommission a large number of coal plants in the coming years, Poland and the Czech Republic are planning to build even more. The same goes for Romania. Just outside the EU, including candidate member states, we see a similar trend. Over the next few years, many new coal plants will be built in the Balkans, including four in Serbia and 11 in Bosnia Herzegovina. In Turkey there will be 51 new plants.

In many European countries the energy sector will continue to have a considerable impact on CO2 emissions in the coming years, and only a handful of these countries are implementing any substantial plan to free themselves of fossil fuels.

To track the approach towards zero emissions by 2050 the European Union has established mid-term targets. Those for 2020 have been reached — by a hair’s breadth. However, according to current projections we are behind schedule for the 2030 targets.

This is because those mid-term targets and the policies promoted to reach them clash with the complex network of economic and political interests that continue to subsidise non-renewable energy; with the industry groups exploiting every legal loophole to buy the “right to pollute; and with the private investment banks that continue to pour billions of euro into extraction and fossil fuel production.