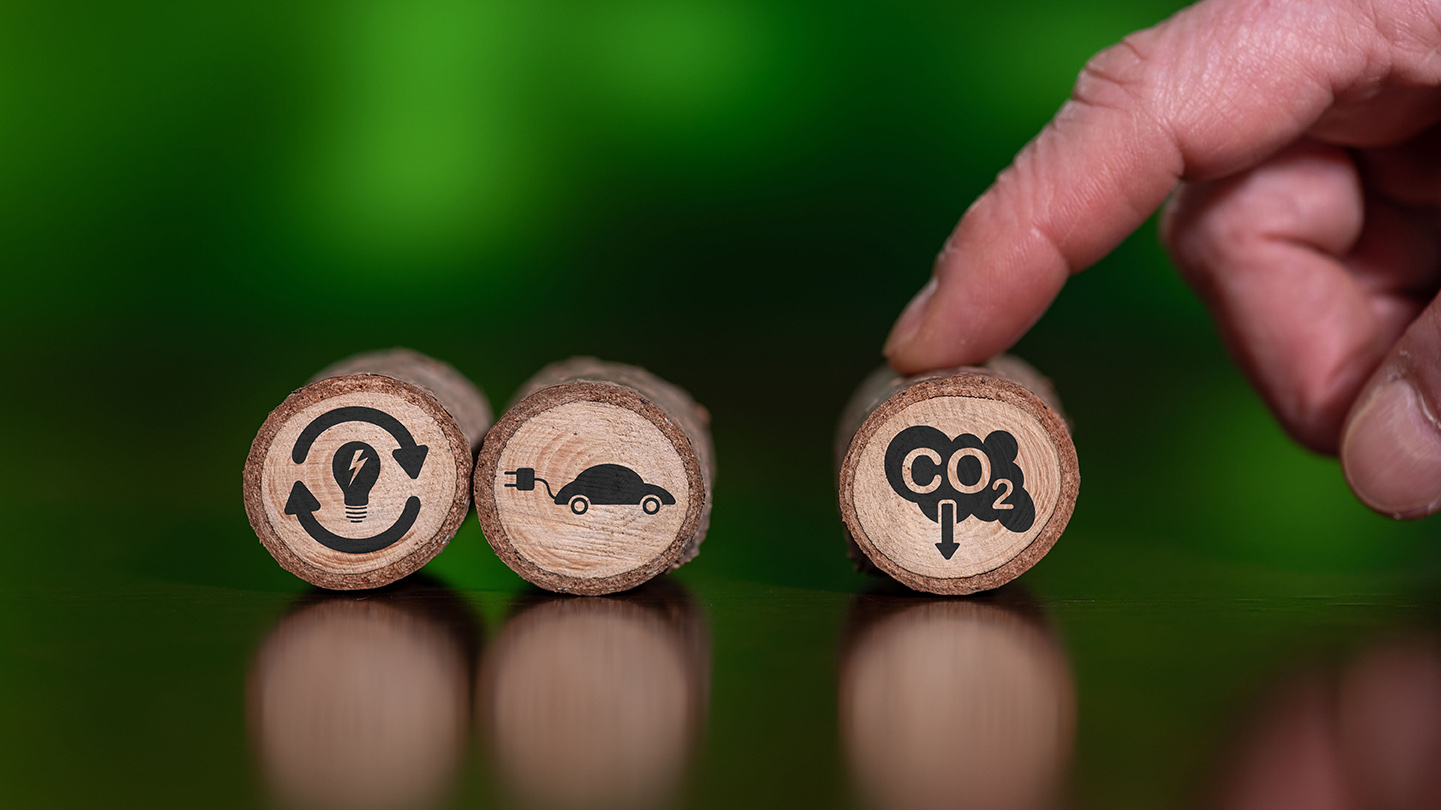 The European Commission has presented the new package of climate proposals to the European Parliament: the goal is to reduce greenhouse gas emissions by at least 55% by 2030 compared to 1990 levels and achieve full climate neutrality by 2050

The road to achieving climate neutrality by 2050 is traced by the “Fit for 55”, the package of proposals  presented on July 14, 2021 by the European Commission . The package relaunches current European policies on climate, energy, land use, transport, and taxation on the basis of the  European Climate Law  which establishes the objective of reducing net greenhouse gas emissions by at least 55% by 2030 compared to 1990 levels, and then reach full climate neutrality by 2050 .

Ursula von der Leyen, President of the Commission, stated  she was extremely pleased to see Europe become the first continent to present a comprehensive action plan to meet its climate ambitions. Frans Timmermans, executive vice president of the European Commission for the Green Deal, stressed  that this is the historic moment in which we need to act collectively on environmental matters, leaving no one behind.

It is now up to the Council and the European Parliament to sift and discuss the package before reaching a compromise and approving the proposal. Finding an agreement may not be easy, since the Commission's proposals affect the strategic and economic interests of individual states, which in implementing the new rules could be induced to increase the costs of energy services, transport, and fuel. For this reason too, the Commission has decided to set up a specific fund: the Social Climate Fund , one of the major innovations of this package, which will make 72.2 billion Euros available between 2025 and 2032 to Member States to protect the workers and the sectors that could be most affected by the energy transition.

The main news inside the "Fit for 55"

A first innovation is the extension of the scope of the EU Emission Trading System (ETS) , the core of the European Union policies for the energy transition and the fight against climate change, inaugurated in 2005. The EU-ETS, the first market for CO2 emissions to be created and still the largest in existence, covers about 11,000 energy industries and airlines operating throughout the Union as well as Norway, Iceland, and Liechtenstein. The emissions trading system consists of a market where the carbon price is established and fixed and where the entities that are part of it can then exchange emissions “allowances”. This allows the industries that pollute the most to buy quotas from those who pollute the least, always respecting pre-established limits that are reduced from year to year. Now with the "Fit for 55" the Commission proposes to align the aviation sector to the new targets proposed, to extend this market to maritime transport and, at the same time, to create a second, specific one for heavy road transport and for the heating of buildings. Furthermore, the Commission is urging Member States to use the revenue from this trade in allowances for climate and energy related projects.

In addition to the strengthening of the EU-ETS, the proposals contained in the "Fit for 55" include the introduction of the Carbon Border Adjustment Mechanism (CBAM)  which provides for the introduction of duties on the import of some products, calculated on the basis of how much CO2 is emitted to produce them. This mechanism provides that from 2026, in order to import electricity, steel, iron, cement, aluminium, and fertilisers from non-EU countries, a tax will have to be paid to protect European companies that could incur disadvantages in terms of competitiveness on the market, considering the new environmental requirements that abroad could be milder or non-existent.

Another key proposal concerns energy taxation (Etd ), which aims to align taxes on energy products with EU energy and climate policies. To do this, the intent is to draw up a ranking of sources based on their environmental impact, thus making fossil sources more expensive than renewable ones and, at the same time, removing the exemptions that currently encourage the use of fossil fuels. To further incentivise the transition to renewables, it was proposed to revise the Renewable Energy Directive  with the aim of producing 40% of energy from renewable sources by 2030. To achieve this goal, facilitations are proposed for the installation of wind power systems and solar panels. At the same time, it was also proposed to raise the standards on energy saving and therefore to revise the Energy Efficiency Directive  which sets the energy saving target at 32.5%.

Another key point is the shared responsibility for the absorption of carbon in the atmosphere. The revision of the Regulation on land use, forestry, and agriculture  aims to have a quantity of vegetation such that 310 million tons of CO2 can be absorbed by 2030, planting 3 billion trees and protecting already existing forests. Each member state will have national objectives that will require it to preserve and extend its carbon sinks, namely green areas and those dedicated to agriculture and forestry.

As for the emissions of cars and vans, however, the EC proposes  that starting from 2030 there will be a decrease in emissions of 55% up to 100% from 2035 compared to the levels of 2021. This means that by 2035 all new cars will not have to produce greenhouse gases and will therefore be powered by hydrogen or electricity. The revision of the Regulation on the infrastructure for alternative fuels, the "ReFuelEU Aviation"  initiative, and the “FuelEU Maritime ” initiative intend to require Member States to increase the capacity and quantity of recharging and refuelling points for zero-emission cars; for aviation and maritime transport, allowable emission limits are proposed to incentivise fuel suppliers to increase the percentage of sustainable fuels.

All of this is proposed by considering the Effort Sharing Regulation  which, taking into account the different GDPs and the current capacities that each Member State has, aims to assign strengthened emission reduction targets for buildings, the national road and sea transport, agriculture, waste, and small industries.

The reactions of the EP and environmental associations

Pascal Canfin, chairman of the ENVI commission and a member of the Renew group, stated  that this proposal is a profound revision of the current European climate architecture and "will bring about a decisive acceleration in the fight against climate change". However, he opposed some points of the proposal, for example regarding the new carbon market for transport and heating of buildings due to the potential increase in the costs of energy services, transport, and fuel that companies and businesses would impose to final consumers, risking damaging the less well-off and thus triggering social and political problems. Canfin has also repeatedly stressed the central role of each Member State as binding national targets will be essential if the European target is to be achieved.

Eleonora Evi, Italian MEP and co-spokesperson for Europa Verde, commenting specifically on some proposals, expressed a general disappointment  claiming that "Fit for 55" goes in the right direction, but it is not yet sufficiently ambitious especially if, as for the current targets for renewables and energy efficiency, the proposals will not be binding at national level for all individual Member States. Marian Marinescu, MEP and speaker for the European People's Party group in the Transport Committee, said  that the "Fit for 55" must be 'fit', that is also suitable for people, stressing once again the need to consider the social implications of such proposals. On the other hand, the group of European Conservatives and Reformists has declared   that the package currently remains a dream mainly due to the lack of solid impact assessments and, once again, to the serious social repercussions it could have.

The voices of environmentalists are equally critical of the proposals presented, primarily Legambiente  which argues that binding national targets should be strengthened and that standards, especially for renewables and energy efficiency, should be further increased. Greenpeace also criticises the timing: many of the policies presented, says Jorgo Riss , director of Greenpeace EU, will not come into force for ten years as fires flare up and floods become more and more devastating and frequent with each passing day.

According to a report  published by the InfluenceMap think-tank and also cited by EUObserver , several lobbies belonging to large European companies are rowing against the proposal 'Fit for 55'. The report shows that, despite a declared general support for reaching climate neutrality goals by 2050, most industries – and in particular the transport sector – disagree on accelerating short-term actions to achieve this goal. As one of the sectors most affected by legislative proposals, several companies would lobby to postpone or weaken efforts to include this sector in European climate regulations.

After the EP summer break, the "Fit for 55" package will be examined and discussed by the Member States which, after considering the diversity of sectors and the breadth of the topics touched, will express their positions and criticisms.