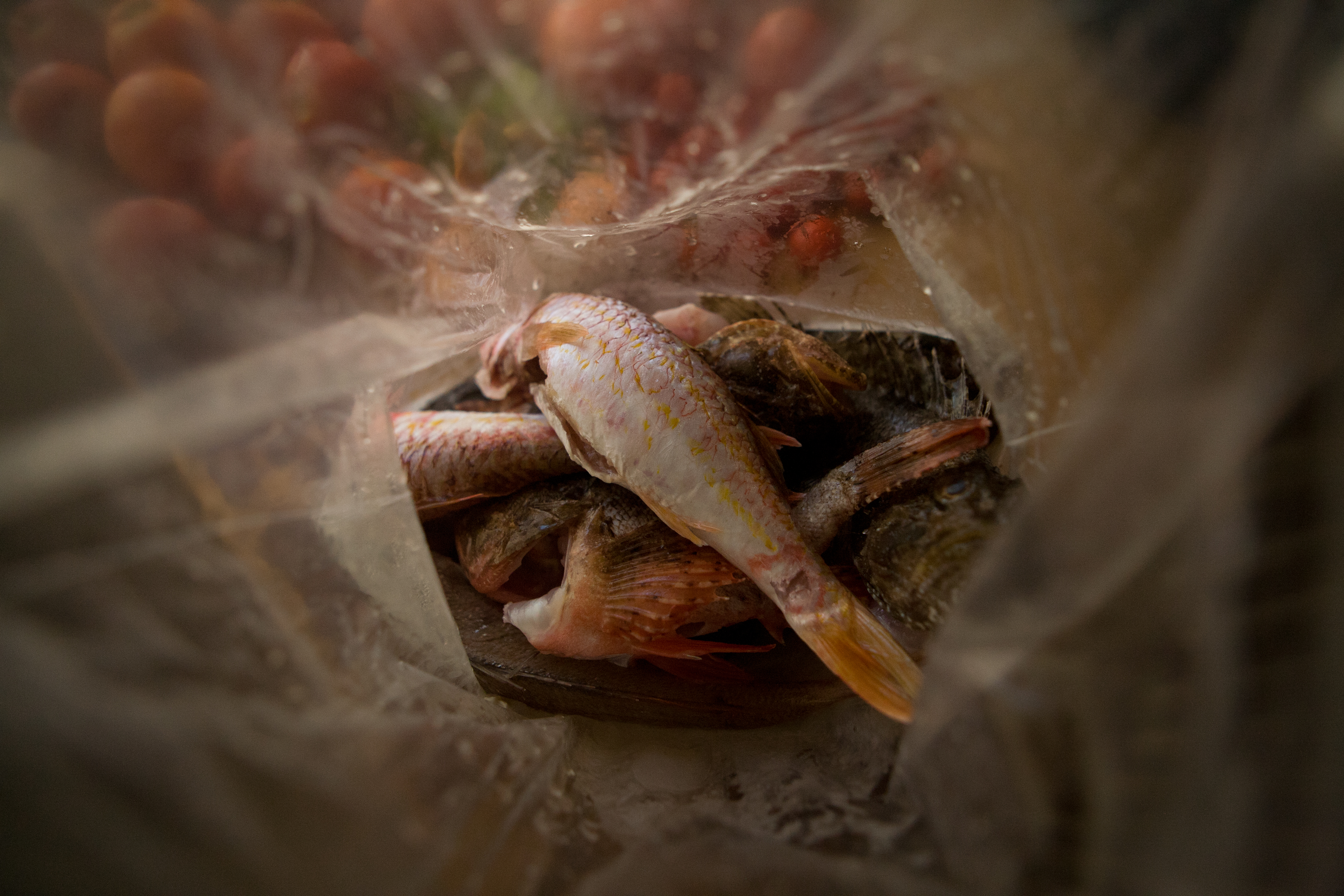 The outermost island in the Cres-Lošinj archipelago, Unije has always given its inhabitants precious, but limited, resources. Today the island, off the beaten track of mass tourism, is trying to preserve its centuries old delicate balance

“Bečo, ooooh Bečo. Good man, Bečo!” As we make our way through the tangle of thistles and brambles on a rumbling little tractor, the flat, silent Polje is flooded with the warm, enveloping sunlight of the dying summer. In the distance there's a long white strip of limestone pebbles, then the glimmering Adriatic, slightly ruffled by a breath of the north wind.

However our attention has been stolen by the impressive physique of the bull grazing meekly just beyond. Surrounded by his harem of cows and calves, Bečo, with his 1,200 kilos of muscle, is a proud, majestic specimen of the Istrian Ox, or “boscarin”, coming from the Istrian peninsula and once common as far as the Friuli region in Italy. 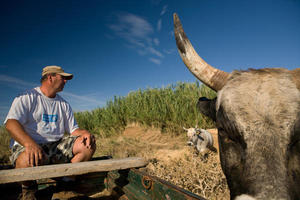 “We brought Bečo to Unije in 2011, together with five cows and five calves. These two years have convinced us that the challenge of bringing this extraordinary animal to the island was worth it.” While he talks, Robert Nikolić strokes the animal's massive head confidently, as it curiously searches the trailer for some titbit.

His wide, jovial face and eyes shining like the Adriatic after many years spent at sea as a long distance captain and skipper, Robert decided a while back to return to his island. Today he is the representative of the local administration, but also and above all the leading spirit of the Slow Food movement on Unije, the outermost island of the Cres-Lošinj archipelago, the natural point of entry to the Quarnero Gulf opposite the southern tip of the Istrian peninsula.

Inhabited at least since the Bronze Age (as can be seen from the mysterious “uroboros”, arcane carvings showing a serpent eating its tail, the symbol of the cyclic nature of things), Unije is as fascinating as it is lacking in resources, having little water and no safe natural harbour. Though surrounded by sea, its inhabitants were mainly peasants, thanks to the fertile plain of Polje and the terraces for cultivating olives built on the hillsides.

Once the “boscarin” was indispensable, not just as a source of milk and meat, but also as the principal means for working the fields. “There are innumerable legends about these animals' intelligence and stamina. Some peasants swore their bulls were so clever that they could wink on command,” says Robert, amused.

Reintroducing the “boscarin” after years of absence from the island, has been central to Robert's thinking, aimed at a sustainable development of Unije's resources. “For the livestock farming to work, we need to get to thirty head. The hay-making, carried out in the hot, dry months, has been completed. Now a herdsman may soon arrive from Požega on the Croatian mainland, to look after the animals full time.”

Having the meat from the animals on Unije on the menu at restaurants in Lošinj, the main tourist centre of the area, a few miles away, can be considered the first success. There is, however a more ambitious aim: to serve this product directly in restaurants on the island. 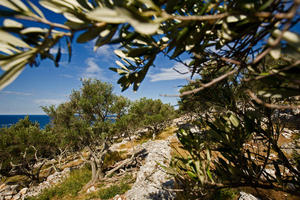 We go back to the village, the only inhabited centre on the island and bearing the same name, which comes from the Greek word “heneios”, meaning field. The sunny village streets climb up from the sea, dotted with morning glory, rosemary shrubs, fig trees and the odd palm tree. The houses, rising high on the island slopes below the bell tower of the church of Saint Andrew, are nearly all grouped round a small square surrounded by high dry stone walls.

Today there are only 85 inhabitants of Unije, compared with the 783 reached long ago in 1921. What emptied the island was mostly economic migration, often directed overseas, but painful and complex political events also left their mark on the lands in the northern Adriatic, as they were contested by opposing national forces for the whole of the 20th century.

Tourism too, now a major economic resource along the Croatian coast, has a limited impact here. The whole of Unije can provide only 200 beds. Most visitors are families and habitual guests who spend the summer here.The few amenities are concentrated on the port-side quay: two small bars (“Kod Jože” and “Kod Barba Ive”), a restaurant with farm produce and a seasonal ice cream parlour.

At the same time this is a challenge and ideal situation for targeting a development which can take up the threads of the traditional economy, adapting it to the new economic and cultural context. “The other mainstay of Unije's delicate balance was olive cultivation, explains Robert as we clamber on foot (there are no cars on the island) across the stony slopes of Mount Kalk which, at 138 metres, dominates the southern part of Unije.

“We have over 15,000 trees, today all abandoned, particularly the two kinds most suited to our climate, known as 'starovjerka' and 'slatka'”. Once cared for like real treasures, the olives of Unije were cultivated on terraces typical of much of the Mediterranean, thanks to dry stone walling carried out with patience and skill, here known as “mocire” and “gromače”. “Now we have cleared around some 500 trees which will soon begin to produce. A small, but important, step towards reviving a thousand-year-old tradition which was about to disappear forever.”

The Bora wind is rising, long waves resound against the white rocks visible below between the dark branches of the olive trees. The sea swells and makes its presence felt – it seems to want to remind us of the arrival of autumn, the season of fishing for squid (in Croatian “lignje”).

Every 30th of November for the last 7 years on their Saint's Day the local Slow Food team organizes the “Lignjada”, a squid fishing competition in which local boats and others from Slovenia and Italy participate.

“The contest takes place down the west coast of Unije. One year the competitors managed to catch 60 kilos of squid and ate them there and then after the contest was over.” Robert smiles slyly – maybe he's thinking of the hot soup after the day's fishing, the cobalt sky threaded on the horizon with the metallic blue of the Adriatic. “The 'lignjada' though is much more than a simple fishing contest. For us it's a time to remember our bond with the sea and with our island, the subtle and delicate balance which for centuries has held together, and still holds, the destiny of our small community.”