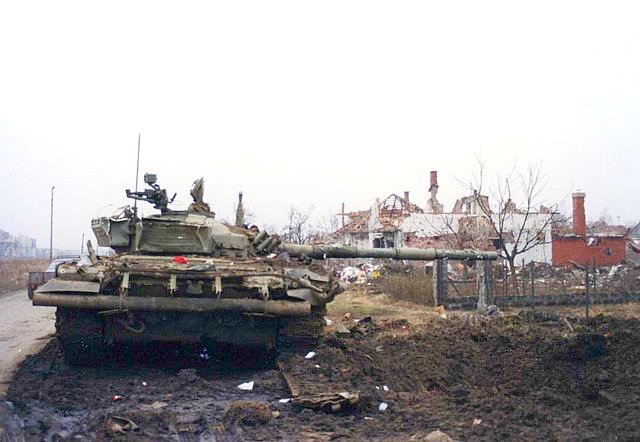 The judgement of the International Court of Justice, which rejected the accusations of genocide made by Serbia and Croatia, may open a new era in the relations between the countries of the region

The International Court of Justice dismissed last Tuesday the appeals reciprocally filed by Croatia and Serbia for violating the International Convention on Genocide. The ruling comes after 16 years. The first appeal was filed by Zagreb against the then Federal Republic of Yugoslavia on July 2nd, 1999. In 2008, Serbia – the successor state – had decided to present its own indictment against Croatia. The ruling is final and cannot be appealed.

Slovak judge Peter Tomka, President of the Court, started reading the long judgement at 10. The judges' stand – 15 against 2 in the first case, unanimity in the second – gradually confirmed what was expected by most observers and experts.

The ICJ, in fact, largely followed the conclusions of the International Criminal Tribunal for the former Yugoslavia, which has never issued sentences for genocide when judging individual responsibilities for the facts disputed by Serbia and Croatia. The only verdicts for genocide related to the decade of wars in the Balkans remain the ones pronounced for the Srebrenica case – the latest was issued last Friday .

However, the verdict of Tuesday, February 3rd, as reported in the summary already available online , provides that both sides did commit “genocidal acts”. The judges of the ICJ in fact established the existence of the actus reus, that is, of the offence, both for crimes committed against the Croatian population in the Slavonias and in Krajina and for those against the Serb population during operation Oluja in August 1995. Neither Belgrade nor Zagreb however, according to the judges, had the intent to commit genocide as neither side was able to prove the existence of the dolus specialis, namely the intent to destroy "in whole or in part an ethnic, national, or religious group as such". Neither party is then found guilty of violating the Convention on the Prevention and Punishment of the Crime of Genocide.

The recommendations following the judgement, however, might be the most significant passage. Serbia and Croatia are invited to "cooperate", in particular to address the issue of people still missing and to provide "adequate compensation to the victims", thus consolidating "peace and stability in the region". After 16 years, the courts returned the ball to the parties.

For long years, in the Balkans, the Courts have been tasked with the responsibility of dealing with the past, writing the recent history of the region, possibly to start a process of reconciliation. Now that time seems to be over. Politics, diplomacy, the local civil society are the forces that can and should drive the process of normalization in the region. Provide details about the missing persons, arrest one's own criminals, give reparation to the victims, apologise – this is what could help the region turn the painful pages of the nineties.

Accordingly, for instance, is a joint statement released by the Centre for Humanitarian Law in Belgrade and the Croatian Youth Initiative for Human Rights, stressing how the legal and factual conclusions reached by the Court "represent a [further] reason and an obligation for the institutions of both countries to assume the historical responsibility to address crimes committed by the forces under their control, and provide all conditions to take clear and concrete measures aimed at reconciliation between the two nations on the basis of justice and truth", and calling on the institutions of both countries to support the creation of a regional commission to establish the facts with respect to what happened in the nineties (RECOM).

Yesterday's ruling, and the end of the accusations between Serbia and Croatia, brings therefore politics back under the spotlight and could open a new season.

Eric Gordy (University College London) comments in this direction, maintaining that the issues raised by Serbia and Croatia "were not legal problems that required a solution by a Court, but political problems that require negotiations and agreements between representatives of accountable governments". The legal problems, according to Gordy, are domestic ones, "both states need[ed] to meet their obligation to prosecute and punish people who committed crimes, to replace denial and self-serving accounts of history with accurate accounting, and to meet the needs of victims".

The International Court, in fact, largely confirmed things already known – the magnitude of crimes, ethnic cleansing and murders; the fact that few have been prosecuted for these crimes; and, finally, the fact that victims have not received any compensation.

John Dalhuisen, Director of Amnesty International for Europe and Central Asia, focuses on the scandal of people still missing 20 years after the end of conflicts, claiming in a statement released on Tuesday that "Serbia and Croatia must now focus their efforts in bringing to justice those responsible for war crimes and crimes against humanity, that – as evidenced by the Court – were committed by individuals on both sides, and provide compensation to the victims".

Until yesterday, Zagreb and Belgrade could defer the solution of all these issues to the conclusion of the pending case. This is no longer. The judges explicitly ask that the former contenders begin to address the crimes committed by their own forces and not those of the enemy, thus joining the voices of those associations – such as the Centre for Humanitarian Law in Belgrade or the Zagreb Documenta – who have been working for years in this direction.