Nationalism and revisionism in Croatia: teenagers tools and victims 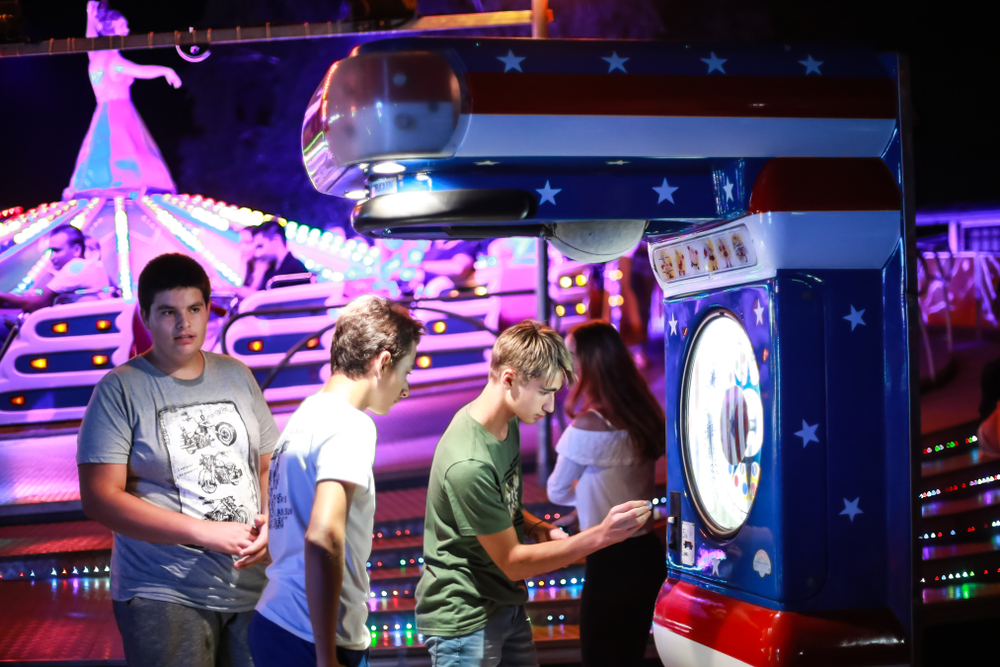 Boys buying tickets for a ride on the machines in an amusement park on a fair in Vukovina, Croatia (© Goran Jakus/Shutterstock)

In Croatia in recent months there have been numerous cases of violence against minorities, racism, incitement to hatred. And minors where involved

Looking at the issue of historic revisionism and coming to terms with its own recent and not-so-recent history, Croatia seems to be one of the EU's most problematic countries. In the past few years, a set of revisionist literature has been diminishing the nature and scale of the crimes committed during WWII by the Croatian pro-fascist Ustasha regime as well as those in the more recent conflicts of the 1990s. The result of such tendencies is an atmosphere that often openly encourages interethnic animosity and hinders attempts at much needed reconciliation. However, what is most troubling nowadays is the fact that schoolchildren, a group of population that should be educated in the spirit of tolerance and extremely well protected from such harmful chauvinist and revisionist environment, have lately been placed at the centre of incidents framed by precisely such a context.

Less than a month ago, a video released by Ivan Penava, mayor of the Croatian town of Vukovar, stirred yet another series of heated debates that once again inflamed Croat-Serb tensions in the area, but this time involving minors. During the press conference held as part of the 27th anniversary of the peaceful reintegration of Vukovar and Eastern Slavonia region into the Croatian constitutional system, Penava publicly denounced a group of Serb high school students who did not stand up to honour the Croatian national anthem during a local soccer game. Penava showed reporters the video filmed by himself, where the faces of the Serb students could be clearly discerned. The video was also available on the municipality's web page until the request made by the children’s ombudsman forced Penava to remove it. This, however, has not stopped the video’s circulation online.

This act came within a series of statements and insinuations by the mayor about the continuity of the “crawling Greater-Serb aggression” in Vukovar, even 27 years after its liberation from Serb military and paramilitary forces. According to Penava, Croatian defenders fought for the same flag and national anthem which was nowadays being “disrespected” by, in this case, Serb children, and the mayor publicly wondered about those indoctrinating the children with anti-Croatian sentiments. A couple of days after the video release, a Serb student from the same high school attended by students in the video was brutally attacked on his way home from school by a group of minors with their heads covered. It was not clear whether the attack was motivated by the video release, but the Serbian media fiercely attacked Penava for inciting hatred against the Serb population and, more specifically, Serb children in Vukovar.

A seemingly unrelated incident took place last week in a high school in the Croatian city of Zadar, where a male student branded the arm of a female student with the letter ”U,” which stands for Ustasha. Croatian Jutarnji list reports that the male student told the victim, who is of Albanian origin, that she can now “brag for being an Ustasha”. The school principal did not see this incident in the light of its violent nature or the usage of terms related to the pro-fascist WWII regime, but dismissed it as routine “student teasing.” Some time later, however, the case took a turn: Facebook pictures of the attacked female student wearing a T-shirt with the letter “U” (alluding to Ustasha) added more complexity to the story. After being asked about his daughter’s actions, the student’s father told the reporters she had gotten the T-shirt during her recent school trip to Vukovar (which is obligatory for Croatian eight-graders), where her teachers convinced her to buy it, but that she otherwise does not even know what the “U” symbol actually stands for.

Even though these events might not be connected at first glance, they are in fact inextricably related and deeply concerning. On the one hand, mayor Penava’s actions are morally questionable in many ways. How is it possible that Penava, himself an educator and a former principal of the local school, could deliberately place children at the centre of such an extremely sensitive, ethnically-charged issue, without even making the slightest effort to protect their identity? Rather than blaming children for ethnic divisions, and directly linking them to events that took place long before their birth, shouldn’t local and national leadership help create an environment where minors would be protected from any kind of political manipulation, especially as dangerous as this one, where children’s actions are judged based on their ethnic lineage?!

On the other hand, the incident in Zadar high school highlights the consequence of that very same problem: if minors can freely use words like “Ustasha” in everyday life, casually wear clothes with such symbolism during concerts of nationalist singer Thompson, and – more alarmingly – invoke them in the context of inciting violence and hurting others, aren’t those who nurture such environment to blame? It is much more likely that the student perpetrator from Zadar was motivated by sheer spite rather than the desire to deliberately convey the political and historical context of the word and letter he used to physically harm the other student. Nevertheless, this points to a much bigger problem – the normalisation of hate speech to the point that it has become a part of minors’ everyday vocabulary.

The cases described here are by no means isolated. More than a month ago, on the day Orthodox Serbs celebrated Christmas, the son of Croatian Democratic Union’s MP congratulated them by publishing a photo of an Ustasha holding the head of a previously murdered chetnik (member of Serbian paramilitary units), and was then forced to apologise after his father resigned. A few time ago, students and teachers of an elementary school in Split found the school's exterior walls painted with graffiti containing, among other things, Ustasha symbols and slogans as well as “I hate Serbia” and “I hate Serbs” writings. This happened only two days after a vicious attack on Serb male water polo team players in Split by a group of hooligans, who labelled Serbs as “chetniks” on the spot.

Such events call for an urgent response by the state institutions, particularly those in charge of protecting children’s rights, as well as non-government organisations dealing with reconciliation and interethnic dialogue. Without consistent and timely actions by these actors, we might be looking at generations who will grow into adulthood in an environment condoning fascist rhetoric and iconography, together with hate speech aimed at minorities. With the local and national leaders’ inertia, silence, and lack of decisiveness, we can only imagine what kind of values these generations will carry into adulthood.