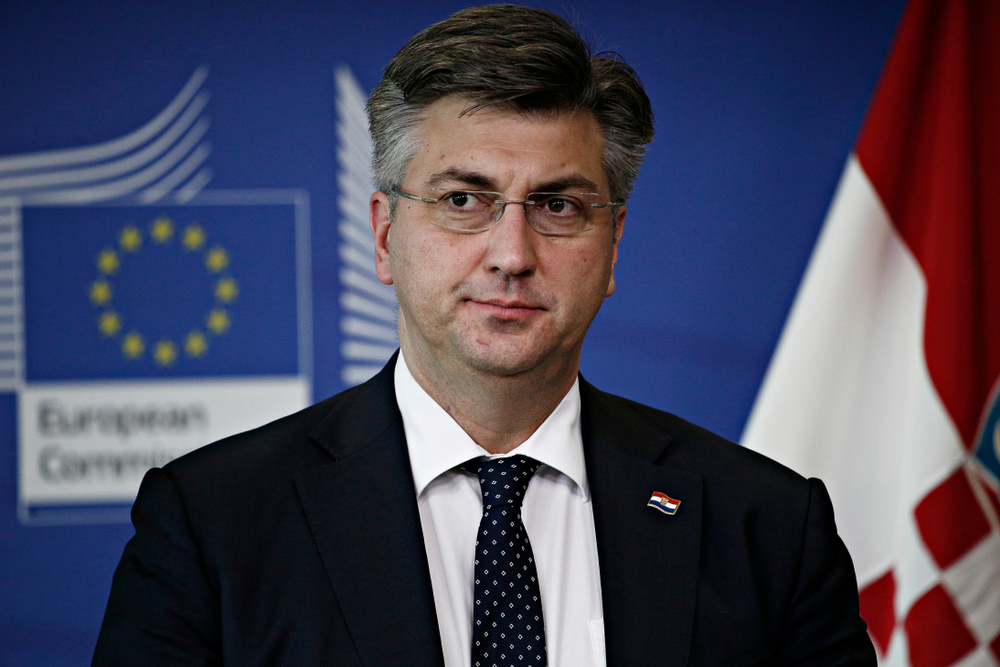 No easy victory for the ruling HDZ in the European elections. With the voter turnout of 29%, the HDZ didn’t get enough votes to beat its historical rival, the Social Democratic Party: both parties won four seats. The biggest surprise is a judge Kolakušić, who won one seat

The results of the European elections in Croatia, held on May 26th, brought a few surprises. A predicted easy victory for the ruling conservative party, Croatian Democratic Union (HDZ), turned into a positive, but modest result, while the Social Democratic Party (SDP) succeeded in winning the same number of seats in Strasbourg as HDZ: both parties will have four seats in the new European Parliament. There are also some surprises among the other political formations, which carved up the remaining four seats allocated to Croatia: an independent coalition led by judge Mislav Kolakušić won one seat, while MOST – HDZ’s former ally – hasn’t passed the threshold.

A tie between SDP and HDZ

The exit polls have predicted that the HDZ would get five, maybe even six seats (half of the seats allocated to Croatia), but it won only four, the same number won by its historical rival, the Social Democratic Party which, just a week ago, was projected to win three seats. A small percentage-point advantage (22,72% for HDZ against 18,72% for SDP) is not sufficient to transform the result achieved by the HDZ of prime minister Andrej Plenković into a victory (four years ago, the HDZ, in coalition with other parties, won more than 40% of the vote), and prime minister is obviously not satisfied. “We will analyze our actions in order to understand what we could have done differently to achieve a better result”, said prime minister, adding that he is “pleased” with voter turnout (29% against 25% at the elections in 2014) – scant satisfaction compared with the result achieved by his party. The day after the elections, Monday, May 27th, Jutarnji list was already talking about a “serious crisis” within Plenković’s HDZ.

Relative increase in the voter turnout didn’t benefit the HDZ, but rather, as we will see, sovranist and populist movements, in opposition to mainstream political parties. Plenković’s election campaign, poised between pro-European messages and flirting with nationalism, didn’t produce the expected results: those who wanted to vote for nationalism opted for Ruža Tomašić, former MEP for HDZ, whose newly-formed Croatian Sovereignist coalition won 8,52% of the vote.

While for the HDZ now begins a period of reflection (not to say of crisis) on Plenković’s leadership, SDP president Davor Bernardić can breathe a sigh of relief. The long crisis of his party seems to be over. With tears in his eyes, Bernardić declared: “Today we said that we don’t want corrupt, unjust and poor Croatia […] We are aware that this result is not sufficient to bring about change that we wish to see, but it encourages us and gives us strength to achieve that change”.

Besides HDZ, SDP and the Sovereignist coalition led by Ruža Tomašić, three other political formations have passed the threshold to enter the European Parliament: the list led by judge Mislav Kolakušić (which won 7,89% of the vote), the opposition Živi Zid (Human Shield) party (5,66%) and the liberal Amsterdam coalition (5,19%). The biggest surprise is the result achieved by Kolakušić, a new face on the Croatian political scene, who built his campaign on promises to fight corruption (criticizing, among other things, a controversial Lex Agrokor and a lack of transparency which characterized its adoption), without renouncing to populist tones. Kolakušić, a judge at the Commercial court in Zagreb, announced his candidacy for the European Parliament elections only a few months ago, during a TV interview, and he took off his judicial robes just a few days ago. Kolakušić also announced that he will run for president at the next presidential elections, planned to be held at the end of the year.

A good result achieved by Ruža Tomašić, who attracted a considerable part of the HDZ electorate, could mark the birth of new political formation, placed further to the right than the HDZ. At least that’s what Tomašić hopes for, and she already invited other right-wing formations to dialogue ahead of the upcoming parliamentary elections.

Živi Zid, ally of the Italian Five Star Movement, barely passed the threshold and won one seat, a result far below its expectations (and much worse than predicted). Gone are the days when the “Human Shield”, anti-eviction movement transformed into a populist movement, was achieving double-digit scores: in the presidential elections of 2014/2015 Sinčić had won more than 16% of the vote.

Finally, the Amsterdam coalition also got one seat for its leader Valter Flego, president of the Istrian region, who won 38% of the vote. The biggest loser is MOST, which reached the lowest point of its political parabola, winning 4,67% of the vote against 13% won in 2015 and 10% won at the end of 2016. This conservative party, close to the position of the Catholic Church, is probably penalised by the emergence of many similar initiatives, more or less nationalist, which are trying to attract the same electorate. MOST is at high risk of becoming politically irrelevant.

All the other new political formations, that were testing the water in this elections, remained below the threshold. On the right, the ultra-nationalist front led by Bruna Esih and Zlatko Hasanbegović won 4,37% of the vote, while the outgoing MEP Marijana Petir (a former member of the HSS, now an independent candidate) got 4,40% of the vote. The liberal experiment of Dalija Orešković, Start, won only 2%, the movement Pametno (Intelligently) 1,40%, while the progressive environmentalist coalition – formed by Možemo, ORaH and Nova Ljevica – remained below 1,8%. All possible alliances and collaborations with the SDP should therefore be reconsidered.