Croatia: the sentence for Predrag Matvejević 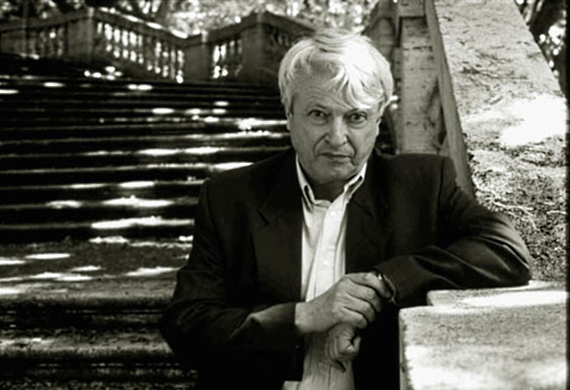 The confirmation of a sentence. For having labelled “Our Taliban” those writers who, with their pens, waited on the Balkan wars. Osservatorio Balcani e Caucaso expresses his solidarity to Predrag Matvejević and supports an appeal in his favour

Italian newspapers, “Il Piccolo” included, rocked the news as an evil waltz: five years, five months, four months, two years of limitation...As if the verdict's length was actually that important. The value of the sentence is not merely its temporal duration, but its symbolic and real worth, the message conveyed. This cannot be honourable for who conceived it, for the Croatian legal-judiciary bench. Neither can it be for the country that hopes to shine as the 28th star in the European Union's firmament.

“I thought that this incident was over for good. Instead, the Taliban multiplied themselves. But I don't let go. I thought that this story was over. I thought I wouldn't had to be affected by that trial again”: this is how Predrag Matvejević commented in an interview with Il Manifesto the five months of jail's sentence (with two years of probation) of the Croatian Supreme Court for having labelled “Our Taliban” some Serbian, Croatian and Bosnian nationalist writers. The writer was sued six years ago by Mile Pedorda, a Bosnian poet and a Croatian radical nationalist. It followed a first degree sentence to 5 months of jail ruled by a Zagreb court in November 2005 for “insult”. Matvejević renounced to appeal in order not to legitimize the trial. In recent days, the Croatian Supreme Court ruled that that sentence was not illegal and that, if Matvejević had wanted to reject it, he should have appealed.

We are talking about the verdict that the Zagreb's Court of Appeal has handed down against the writer, humanist and distinguished intellectual Predrag Matvejević, a major supporter of the European concept, a man who has always searched broad and endless horizons of the seas and shores that would bring lands without boundaries, barricades or fortresses. And when others considered the people of that Ex Country as the worse Balkan barbarians and slaughterers, he travelled around the world again choosing exile in order to carrywith him the valuable background of literature, philosophy, wisdom and of dialogue, all things he has never given up, thus unfolding them in front of an audience amazed at such wealth. He has done so in universities, parliaments, market places, theatres, European commissions, literary salons, as well as among his country's ruins, lining up with those who have suffered the most, never following an ethnic line. “You needed to pick a side”, he wrote, “otherwise you would have betrayed yourself. I don't have much consideration for those who put partisanship before principles, nationality before humanity. A huge responsibility hangs upon them”.

It is for this reason that he could not avoid reporting the responsibility of the nationalist intelligentsia, those who have stirred up ethnic hatred and promoted “patriotic wars”, turncoat ideologists. He gave them the title he thought was the most appropriate: to some “Warlords”, to others “our Taliban” (terms subsequently employed by “Il Piccolo” as “Christian Taliban”). Different responsibilities, the same ideological position: burning nationalism. One of the Taliban (and I choose not to report his name), a man that will not be remembered throughout history for his literary writings, dragged him to court. Matvejević did not withdraw, he would have never done it and he did not appeal. He would have gone to jail, he was ready.

From the first sentence four years ago, it seemed that the times had changed and that the country was following a different path. It is so indeed, but the slime that lies in the Balkan palanka is not easily blown away by the wind of democratization. It coexists, lies around, strikes and stains. The story is well known, but the message is worrying: for a verbal crime – and we are currently in the year 2010 - , the one being condemned is the Prometheus of free thought, a critical thinker, a declared antifascist, while it is suggested that the offspring of a fascist and national-fascist ideology, as the writer Miljenko Jergović will address it, are appropriate, desirable. “In defending the plaintiff's right”, comments Jergović, “the Croatian legal - judiciary bench has defended his ideology, hissocio-political community and the whole right-wing radical subculture.” It is for this reason that we believe that it is not the length of the sentence to be important, but the values it promotes. And it is also for this reason, besides our esteem and friendship, that we back up Matvejević and we express our heartfelt solidarity and our brotherly support for his Cause.

At last, the words that he expressed in his book Le monde «ex» - Confessions are valuable today more than ever: “The true winners, those who know how to defend values, most of the times lose their battles.”

To support the appeal please send an e-mail to: gabriella.musetti@gmail.com