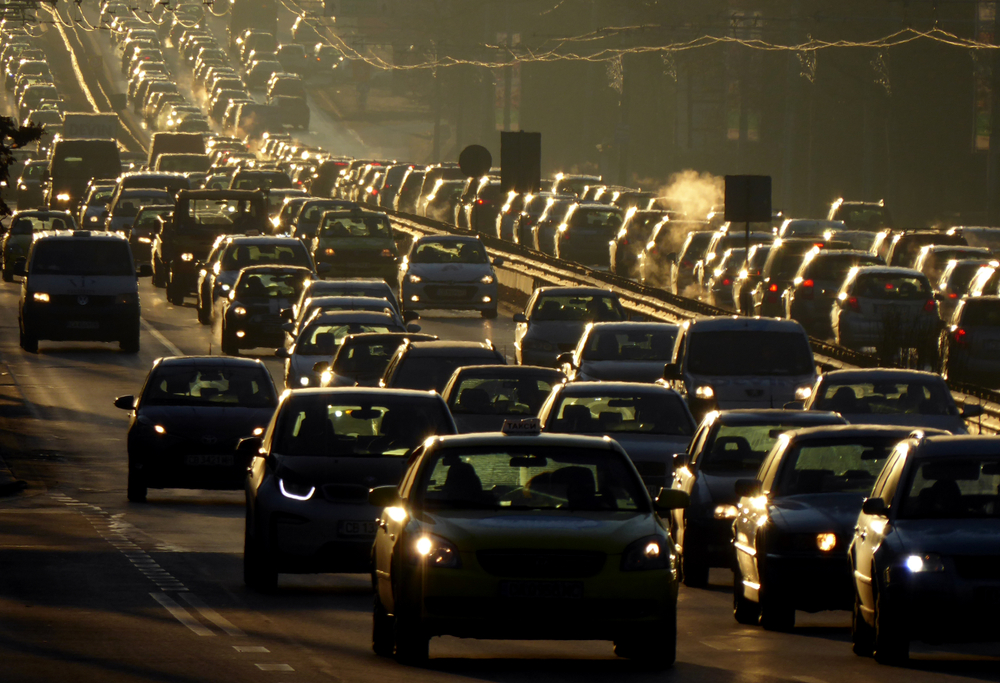 Despite some timid positive signals, Sofia remains one of Europe's most polluted capitals – a problem made worse only by the slow reaction of the city's institutions

At the stroke of midnight on December 31st, according to tradition, the sky over Sofia lit up with the multicoloured flashes of the fireworks that greeted the arrival of 2019. In the cold air suspended over the Bulgarian capital, however, there were not only the colourful, festive stripes of the pyrotechnic games: according to data by the AirSofia platform, while many people celebrated in the streets of Sofia, the concentration of particulates in the atmosphere (PM10, PM 2.5) reached alarming levels, in some areas up to 5-600 micrograms per cubic meter – 10 times more than the allowed limit.

Air pollution in Sofia, like in many Bulgarian cities such as Pernik, Burgas, Plovdiv, and Ruse, is a problem that goes way back. In recent years, several studies by the European Environment Agency have consistently placed Bulgaria at the top of the unflattering ranking of countries with the worst air quality, while Sofia has repeatedly earned the title of most polluted EU capital.

A serious situation, certified in April 2017 by a ruling by the European Court of Justice (ECJ), which condemned Bulgaria (first ruling of this kind against an EU country) for the systematic violation of air quality standards and the constant exceeding of the minimum thresholds, especially with regard to particulates.

The ruling, although not accompanied by financial sanctions (which are however not excluded in case of recidivism), has given more and more voice to those who, in Bulgaria and especially in Sofia, denounce the low decisiveness with which the institutions face the situation.

There are various factors that make Sofia so vulnerable to air pollution. Some are geographic: like many Balkan cities, the Bulgarian capital occupies a plateau surrounded by high mountains – the Vitosha massif in the south, the Balkan chain to the north. An unfortunate position, especially in the winter days marked by fog and thermal inversion, with the consequent stagnation of the air.

However, the determinant causes are not linked to nature, but to human activity. On the one hand, there is city traffic: in Sofia, a city now inhabited by over 1,2000,000 people, there are now 550-600 cars per 1,000 inhabitants. A not only huge, but old fleet of cars, largely comprised of polluting diesel engines. According to Eurostat, Bulgarians drive the oldest cars in the EU : in 2017, for example, almost half of the vehicles circulating in Bulgaria were at least 20 years old – a situation also caused by policies that make it relatively convenient to buy old vehicles, therefore with obsolete ecological standards.

Another cause of pollution is related to the heating systems of houses and apartments. According to data from the National Program for the Improvement of Air Quality, in Sofia over 10% of the population in winter uses solid fuels . The choice is linked to the so-called "energy poverty": "dirty" fuels are mainly used by the poorest sections of the population and in the districts not served by "toplofikatsiya", the district heating provided by the power stations built during the socialist period.

However, the weight of the pollution generated by engines and heating remains a controversial subject. Asked by the weekly Kapital, Deputy Minister of the Environment Yoana Hristova blamed the means of transport, which would represent almost 60% of the sources of particulates. According to data by the National Program, funded by the same ministry, the heart of the problem lies instead in domestic heating.

In recent years, the trend has been overall positive, with a general reduction in the level of average particulates recorded annually, from around 70 micrograms per cubic meter in 2011 to 40 in 2016. Even leaving aside recurring polemics and doubts on the precision of official figures on the levels of pollution, the steps forward seem mainly related to the slow improvement of the economic conditions of Sofia's population, willing to spend more resources on less impacting cars and heating systems, rather than targeted initiatives by the institutions.

The municipal authorities have started to react to the problem with great delay, both following the 2017 ruling by the European Court of Justice and a collective complaint filed against them in court in the same year by some citizens gathered in the "Clean Air Group", which called for immediate action and compensation for damage to health suffered by the community due to the apathy and lack of responsibility on the part of the municipality.

At the end of 2017, the municipality created an "Air, Climate and Energy" directorate, which however has yet to record concrete initiatives. Also in 2017, the city council approved a new programme to improve air quality. The document provides for the possibility of introducing alternate plates in the city centre during the days of high concentration of particulates – a measure that, however, has never been put into practice so far.

The only concrete intervention, at the beginning of 2018, was the introduction of the so-called “green ticket” for urban transport in case of pollution above the norm – a special daily pass, at the price of a lev (50 Euro cents) to encourage citizens to use urban transport, so far issued on very few occasions. Critics, however, point out that the measure should not be limited to critical moments and that the high price of tickets (usually 1.60 lev for a single run) is one of the factors that limit the use of public transport and contribute to Sofia's notorious traffic jams.

Even on the front of domestic heating, things are moving slowly: last December, the possibility of criminalising the use of particularly polluting fuels was discussed (today, there is a fine). The scarcity and difficulty of controls, however, would make the measure hard to apply.

The municipality started a pilot project in the Novi Iskar district to replace 30 old stoves with more eco-sustainable heat sources. A real possibility to move forward now comes thanks to European funding. The municipality of Sofia has announced that, thanks to the LIFE project funds , it will replace the heating systems of about 5,000 families.

Even larger resources have recently been made available within the EU Environment Program. By 2023, Sofia and other Bulgarian cities affected by high levels of air pollution will receive 111 million lev (about 55 million Euros) to replace old wood and coal stoves with electrical and gas systems.