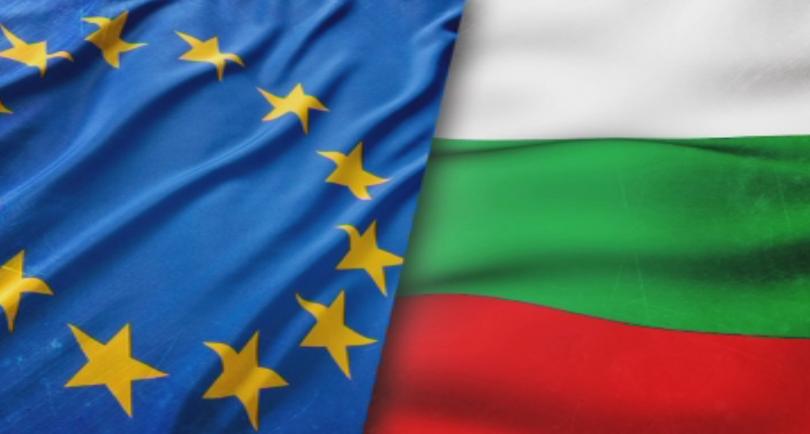 Bulgaria, the EU, and the 60th anniversary of the Treaties of Rome. From the collapse of the Berlin Wall to ''multi-speed Europe". An interview with Professor Anna Krasteva

An intellectual active on several fronts, Anna Krasteva (associate professor in Political Science at the New Bulgarian University - Нов Български Университет, Sofia) deals with issues ranging from Bulgarian politics to European integration, from migration and identity to the evolution of post-communist societies. We met in Sofia to discuss Bulgaria and the European Union in concomitance with the 60th anniversary of the Treaties of Rome that established the European Economic Community (EEC) on March 25th, 1957 – a crucial step in the constitution path of the European Union.

The 60th anniversary of the Treaties of Rome, that initiated what is now the European Union, has been recently celebrated. Bulgaria joined this process much later – what does this anniversary mean, symbolically and ideally, for Bulgarian citizens?

The picture is complex, as there are at least three levels of analysis to be taken into account – the intellectual elite, the political sphere, and the general public. For the intellectual, urban elite the European ideal has helped us survive during the communist regime, but also overcome the many deficiencies of the current democracy and the lack of economic development. From its inception as a modern state, Bulgaria has been shaped by two worlds – Western Europe and the Russian-Orthodox area. Today, at least in intellectual circles, the pro-European discourse is largely dominant, and the Russian alternative is not supported by any truly influential figure.

Is this true also for political parties?

Here the situation is much more diverse. If the "Russian option" is marginal in intellectual circles, there are still major political actors, both left and right, supporting Moscow's presence in Bulgaria. For example "Ataka", the first far-right movement of Bulgaria's recent history (born in 2005), opened its electoral campaign in Moscow. Also the Socialist Party (BSP) has always been close to Russian positions, as demonstrated for example by the strong pro-Moscow orientation of former President Georgi Parvanov, elected twice from the BSP ranks. Among other things, this orientation is also supported in view of very practical questions, like Russia's important economic interests in Bulgaria, such as those related to energy infrastructures.

There are, of course, also avowedly pro-EU political forces: the liberal right, but also GERB (Citizens for a European Development of Bulgaria), the party of former Prime Minister Boyko Borisov, that adopted a European identity and is now a faithful member of the European People's Party (EPP). This choice ensures that, when GERB is tempted by nationalist positions, usually the EPP intervention can quickly bring it back into the European fold.

And for ordinary citizens?

For Bulgarians, the European horizon means first and foremost freedom of movement and freedom of access to the European labour market. The main "foreign" investors in Bulgaria are the many Bulgarian citizens who emigrated, mainly to other EU countries. Bulgarians were very quick to take advantage of the freedoms guaranteed in the European area and to become European citizens in the full sense of this expression. Today many live abroad, but remain tied to their homeland thanks to both remittances and lively activism in the public and cultural life of their country.

In recent years, in addition to the pro/anti EU debate, another has developed on what kind of European Union member states and European citizens want...

Absolutely. This is a dilemma that concerns both Bulgaria and the EU as a whole. Symbolically, we could represent the two main alternatives as "Merkel's Europe" against ''Orban's Europe". Bulgarian political elites have long sworn allegiance, so to speak, to the idea of Europe promoted by the German chancellor, but in my view – intimately – they feel much closer to the Hungarian Prime Minister. With the shift in power relationships between these two visions that we are witnessing, with Orban's Euro-skepticism gaining power and influence in recent years, a possibility opens for the Sofia elites to show much more openly their own deeper inclinations.

With the "White Paper" presented by EU Commission President Jean-Claude Junker, there is now talk of a ''multi-speed Europe". How is this scenario viewed in Bulgaria?

All Bulgarian political leaders who have commented on this option have firmly rejected it. Both the elites and the citizens fear that such a reform would do nothing but cement and expand the rift between Bulgaria and the most developed and economically advanced part of the EU. The response, as so often happens, was however paradoxical – Bulgarian politicians often criticise the European Union, but when requested to participate in an integrated Union they abound in distinctions. They want to be able to enjoy all the benefits of EU membership, but without taking political responsibility, then to denounce the attempt at marginalisation. No one, however, in the current election campaign, has promised to work for Bulgaria to be part of an advanced group.

In its recent history, EU membership – obtained on January 1st, 2007 – has been the most important achievement for Bulgaria. Yet, the 10th anniversary has passed largely unnoticed...

EU accession has been the only goal able to build consensus in all or most of the different political factions and to unite elites and citizens – something that should be emphasised. However, the 10th anniversary was not marked by any important celebration – a paradoxical situation, which can be explained by several factors. The last decade was marked by a massive growth of nationalist movements and Euro-skeptics in much of the EU, including Bulgaria. Today, the Euro-skeptic discourse – aggressive, identitarian, noisy, and partially inflated by the media – can appear dominant, although the parties that support it are marginal in both electoral and institutional terms. The pro-European discourse, paradoxically, is much more discreet and pragmatically oriented, mainly to keep the flow of economic resources – the structural funds – from Brussels to Bulgaria.

The European Union presents itself first as a project of peace, able to heal the tragic fractures that followed the Second World War. Bulgaria was relatively little involved in conflict – does this weaken this ideal element in the country?

Also in Bulgaria there is strong awareness of the EU as a peace project – however, what we have in mind are the wars of the nineties in the former Yugoslavia rather than WWII. Both the elites and ordinary citizens feel that Bulgaria has managed to transition from communism to democracy without violence and open conflicts mainly thanks to the European perspective. For inastance, the problematic relations with the Turkish minority have been settled through political, democratic negotiation. In Bulgaria, a Balkan country, we are aware that the only way to stabilize and pacify the Western Balkans, still shaken by inter-ethnic and inter-state conflicts, is to keep alive the European vision in the region.

The other pillar of the EU ideal is the reconstruction of a common European identity after the rift marked for decades by the Berlin Wall. From a Bulgarian perspective, has this historic mission been fully accomplished today?

The Berlin Wall signalled and at the same time strengthened not only a political, but also a cultural and historical separation between the West and the East. From this point of view, Bulgaria has historically been external to the central core of the European project – a large part of the elite and of Bulgarian citizens is now grateful to the EU for demolishing the walls that reinforced these separations, giving us the opportunity to participate in the democratic and pluralistic space that is the EU.

A fundamental element, often overlooked, is that this made it possible to transition from a totalitarian regime to democracy avoiding the temptation of an authoritarian state, as happened for example in Russia – a real and present danger for Bulgaria, that had no experience of democracy over the last fifty years. A goal facilitated by the EU both as an ideal horizon and through extremely pragmatic measures, related to the acquisition of EU norms, which gave a democratic direction and meaning to change.

There are, of course, areas where the EU has failed to effectively address the differences. Bulgaria, for example, remains the poorest country in the Union, and economic disparities are now more evident than in the communist era – which provides arguments to the Euro-skeptical political forces.

With Brexit, the focus of political debate is back to the claim of national sovereignty at the expense of the power – real or perceived – exerted by Brussels. Is there such a yearning in Bulgaria as well?

In Bulgaria, despite moments of disappointment, people continue to believe that European political elites are better than national ones. The stern reports by Brussels, photographing every year the sad Bulgarian reality of corruption and inefficiency, mirror the perception most citizens have of their leaders and administrators. Brussels therefore continues to be the only – albeit insufficient – form of control and corrective.