Bulgaria, if war is near 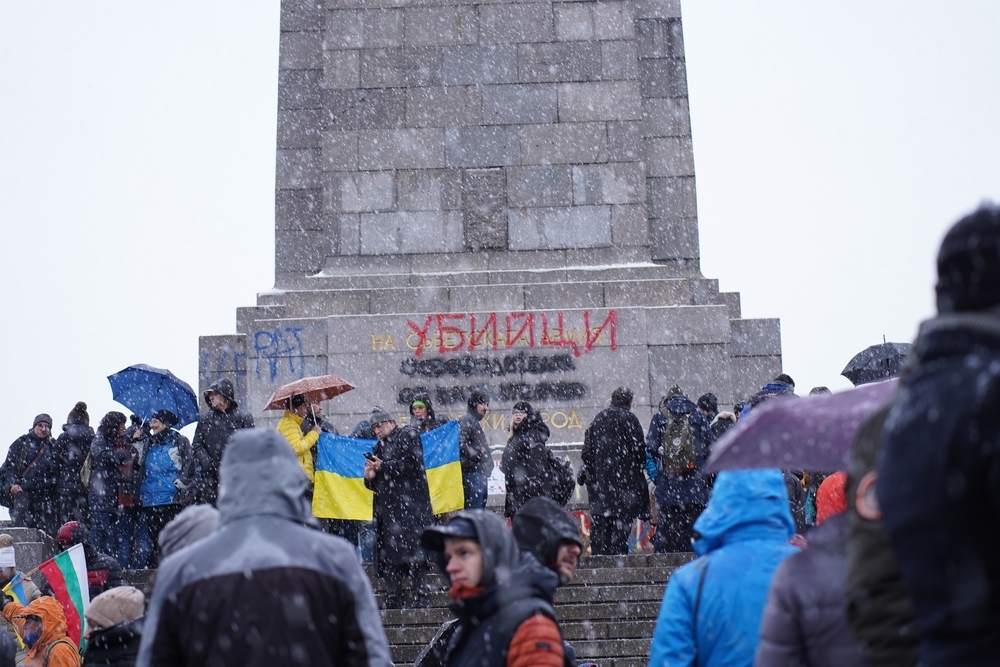 Putin's war in Ukraine has strong repercussions on Bulgaria: the government has strongly condemned the aggression, but the country, traditionally linked to Russia, is divided both from a political and a symbolic point of view. Meanwhile, 30,000 refugees are already on their way

“At the moment we have no realistic alternatives, we are in a situation of strong dependency”. With this statement to Reuters, Bulgarian Prime Minister Kiril Petkov explained on Monday why, in all likelihood, Bulgaria will ask to freeze its participation in sanctions against Russia, at least in the energy sector.

Despite attempts in recent years to diversify supplies, Bulgaria is almost totally dependent on Russian gas, while more than half of the fuel used in the country comes from its only refinery – located in Burgas on the shores of the Black Sea – owned by Russian company Lukoil. "We fully support the Ukrainian people", continued Petkov, "and we have adhered with conviction to the first wave of sanctions [...], but those on gas and oil are hardly acceptable to us, both as an economic system and as a country".

The energy issue is one of the main reasons for concern and doubts that torment Bulgaria in the face of the invasion of Ukraine wanted by Russian President Vladimir Putin, but it is certainly not the only one. Among both politicians and public opinion, many sympathise with Moscow. And if the institutional positions soon aligned with those of the European Union and NATO, divisions started as soon as Putin announced that he wanted to start his "special operation" against Ukraine.

The use of the formula "special operation" instead of "war" caused a first shock last week within the Sofia government. Stefan Yanev, former interim Prime Minister and Defence Minister, has indeed insisted on using the definition provided by Putin, unleashing a wave of controversy. In a post on Facebook, Yanev then argued that Bulgaria "does not necessarily have to take a pro-Russian, pro-American, or pro-European position", but should instead focus on "defending its national interests".

After a few days of political turmoil, Petkov requested and obtained Yanev's resignation. "No minister has the right to carry out his own personal foreign policy on Facebook", commented the premier, reiterating that for the events in Ukraine there can be no other definition than "war". After his exit from the government Yanev, who in recent months had already spoken out against the prospect of the deployment of new NATO troops in Bulgaria, announced his intention to give life to a new political project, probably of a nationalist nature.

Tensions have also emerged within the governing majority, including the Socialist Party, which has always boasted strong ties with Moscow. If on the one hand the socialists officially condemned "the military escalation and the Russian offensive in Ukraine", on the other hand they said they were against imposing sanctions on Russia as "ineffective" and costly for the citizens and the Bulgarian economy.

After Sofia's official reaction to the invasion of Ukraine, the Russian government has also included Bulgaria in its long list of "enemy" states. Tension rose further after the arrest in Sofia on March 2 of Bulgarian general Valentin Tsankov, accused of spying on behalf of Russia against Bulgaria and NATO. Two Russian diplomats, who allegedly collaborated with Tsankov, were expelled: Russian ambassador in Sofia, Eleonora Mitrofanova, threw further fuel on the fire by ignoring the invitation to report to the Foreign Ministry to receive the diplomatic note accompanying the expulsion.

Mitrofanova then sparked further controversy after comparing – on the occasion of the Bulgarian national holiday of March 3 – the invasion of Ukraine to the Russian intervention against the Ottoman Empire in 1877-78, a war that laid the foundations for the independence of the modern Bulgarian state.

The very anniversary of March 3 – the day of the signing of the Treaty of Saint Stephen, which put an end to the victorious Russo-Turkish conflict, and which this year fell just a few days after the start of Putin's war on Ukraine – has rekindled the debate on the meaning of the celebration and on the historical ties between Bulgaria and Russia.

During the traditional commemoration at Shipka Pass, where one of the decisive battles of the war was fought in 1877, Premier Kiril Petkov was whistled and snowballed by activists of the pro-Russian Vazrazhdane (Risorgimento) party, who waved Russian and Bulgarian flags. In the meantime, some voices from politics and civil society have called to choose another date as a national holiday, given the strong bond of March 3 with Russia, seen more as a "stepmother" than a "liberating mother".

The clash over symbols has also reached one of the most divisive monuments in the capital Sofia, that of the Red Army which stands in the centre of the city, in the park in front of the rectorate of the “Sveti Kliment Ohridski” University. On February 27, during a demonstration against the Russian invasion of Ukraine, graffiti in the colours of the Ukrainian flag and slogans such as "Assassins", "Honour Ukraine", and "Down with Putin" appeared on the base of the monument.

Immediately after the start of the war, the Sofia municipality of "Sredets", the one where the monument is located, announced that it intends to remove it and relocate it elsewhere, following a resolution – never implemented – from 1993. This decision, however, could prove difficult to implement, as a bilateral agreement requires consultations between Sofia and Moscow before the monument can be moved.

As politics scrambles over the numbers, Bulgaria faces what is perhaps already the largest refugee wave in its modern history. According to still incomplete data, 30,000 Ukrainian refugees, mostly women and children, have already arrived in Bulgaria since the beginning of the Russian invasion, mainly housed in hotels on the shores of the Black Sea.

These figures are much lower than those directed to countries such as Poland, Hungary, and Slovakia, but sufficient to strain Bulgaria's hosting capacity. And they could increase if the conflict were to involve more closely the Odessa region, home to the significant Bulgarian minority in Ukraine, estimated at around 140,000 people.

The atmosphere is one of strong solidarity, very different from the one that accompanied the arrival of Syrian refugees in 2015. And in the government there are already those who hope that many Ukrainians will decide to stay, and even create new opportunities for the anaemic Bulgarian production sector: according to Prime Minister Petkov, many employers have begun to contact refugees, and there would be room for at least 200,000 workers.