Take Bosnia and Herzegovina as it is 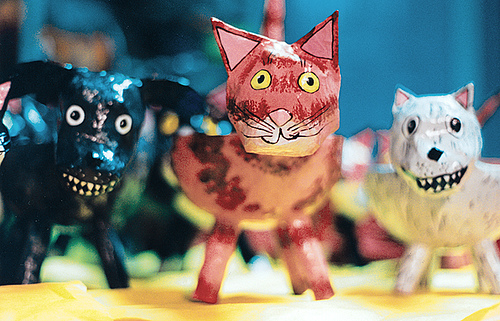 A clear strategy is now needed: effective political dialogue and a strong EUSR. A comment on the Butmir negotiations on the future of Bosnia and Herzegovina

This week the "Dayton Two" talks will resume at the Butmir NATO military base on the outskirts of Sarajevo. These emergency negotiations started on 9 October 2009 under US and EU tutelageorchestrated by Carl Bildt, Sweden's minister for foreign affairs, and James Steinberg, the US deputy secretary of state. This diplomatic initiative takes place amidst the "biggest political crisis since the end of the 1992-5 Bosnian war". We may ask if such a statement helps to take Bosnia and Herzegovina as it is.

As a matter of fact, Bosnia and Herzegovina ismay be weak and partly poorly functioningbut in no way a failed state. True, the country is facing some political and economic serious problems, but it is not collapsing. Neither is the country moving closer to a new war: who would fight another war and with what? For sure, more positive is the immediate environment: both Serbia and Croatia are committed to Bosnia and Herzegovina's territorial integrity.

While the regional dimension is clearly sending positive messages, essentially international "experts" express dramatic signalsoveremphasizing risks of disintegration and threat of war. Willing or not, they are supporting the inflammatory speech they pretend to denounce and neglecting to mention that the international community significantly contributed to the current situation. Thus, the tricky contradictions and shortcomings of international policy towards Bosnia and Herzegovina should also be addressed.

Bosnia and Herzegovina is not anymore in a post-conflict situation. No side in the country is in such an economic desperate situation as it was some 15 years ago. Despite the current crisis mood, the country made recently significant progress, for example in order to fulfil the road map requirements related to visa liberalisation. Further, the Euro-Atlantic integration is also improving. And last but not least, Bosnia and Herzegovina was elected on 14 October 2009 to serve on the UN Security Council through 2010 and 2011.

Let's look closer to the situation on the ground. The Republika Srpska (RS) exists with some order and its main leader is strongly supported by the RS citizens. Further, the Bosnian Serbs make a valid point when they advocate democratic decision-making processes and political responsibility. They are right, it is time to end the "colonial dictatorship"note: this quote is exaggerated but it reveals the perception of the foreign benevolent engagement. On the other bosniakside: the US is still viewed as an illusory deus ex machina; this view petrifies the situation in the country. These partly illusory perceptions hide what really matters: first, the necessity to face the continued dysfunctionality of the Federation of Bosnia and Herzegovina and, second, the need to settle the relations between the main three groups and to make the country work avoiding partition.

Yes, in the past four years, the OHR's credibility almost totally evaporated. Against this background, it is too late to reinforce the OHR. In today's new context, a radical solution based on the "golden period" of the OHR and the reintroduction of the intensive use of the Bonn Powers will not work. Dodik would for sure nor listen nor follow old tunes. Thus, considering that, on the one hand, the OHR proves to be unable to influence anymore the country through its mandate and, on the other hand, the EU integration process is the only real consensual element, the international community should urgently consider to close the OHR and reengage with Bosnia and Herzegovina building-up a strong and highly effective EUSR.

The new EUSR should focus on dialogue and partnership. Against this background, a negotiation process could address the key issues involving both local and international key players. A new dynamicand here the process matters should engage with local politicians to the extent realistic. Thus small steps are required: promoting institutional reforms and "piloting" the country towards the EU. Ultimately, but this will require time, the target should be a unified and functioning Bosnian and Herzegovinian State.

Bosnia and Herzegovina faces since years a well-known paradoxorchestrated by the way by the international community: if on the one hand, the OHR is responsible for implementing and protecting the Dayton Peace Accords (DPA), on the other hand, the EU's Special Representative (EUSR) is responsible for modifying and moving beyond elements of the DPA as part of an EU accession process. Establishing a well-built EUSR, which would keep the "Bonn Powers" redefined as strictly defensive, can only solve this.