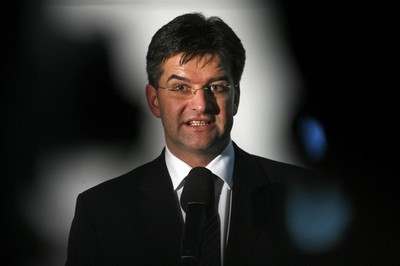 A proposal for a new partnership between Bosnia and Herzegovina and the European Union. Among its key features, a change of the consitutional structure, an effort to put an end to international dependence, and the development of a process of cooperation in the Western Balkans

As Miroslav LajčákHigh Representative and European Union Special Representative since July 2007leaves Bosnia and Herzegovina to become Slovakia's new Foreign Minister, time has come for the overdue transition to a more equitable and effective working relationship between Bosnia and Herzegovina and the European Union. Our proposal is to seize the opportunity and depart on a wholly new approach by taking partnership seriously. This is the more so urgent since the world is entering the worst economic crisis since World War II. The momentous changes in Washington, too, signal a new opportunity for getting it right in Bosnia and Herzegovina this time.

Impetus for Changes in a New Context

Yes, Bosnia and Herzegovina's situation is still difficult and will remain so for some time to come. There is no other country in the region whose existence depends so much on the continued integration of Europe. But the unification of Europe is no one-way street. Europe needs to grow within Bosnia and Herzegovina as well. We have been waiting with rising exasperation for the local authorities to stop the irresponsible infighting and leave maximalist positions behind. Europe would not be where it is today, had it not successfully built bridges across historical divides. Bosnia and Herzegovina, its citizens above all, need to be aware that this is possible in their country as well.

Personally speaking it is a shame how politics is still being conducted in this country, how conditions set out in the EU Stabilisation and Association Agreement (SAA) that would allow the closure of the Office of the High Representative (OHR)and thus put an end to dependency and international custodianshipare not met. This all has become less and less acceptable even for the strongest supporters of Bosnia and Herzegovina.

We sometimes wonder whether day-to-day politics is aware of the increasing difficulties that it is creating for Europe in an age of gigantic economic hardship. While Europe has still to pay too much attention to a region many years after the wars, otherpotentially far more dangeroussituations remain unattended: The fate of the Palestinians in Gaza; the random killings in sub-Saharan Africa; Iraq, Afghanistan, Iran; challenges of global proportions like climate change and the growing conflict for scarce natural resourcesas experienced only recently with Russian gas.

Against this backdrop of mounting global challenges the urgency of renewed and serious efforts to quickly arrive at a common agenda and create a new partnership between Europe and Bosnia and Herzegovina is obvious, to say the least.

A Common Agenda for a New Partnership

What we suggest is to embark on a joint search for a decidedly more successful state building process. What are those essential elements of a viable Bosnia and Herzegovina in an enlarged Europe? It has been stated time and again that the present administrative structures are unsustainable and the many layers of governance are wasting peoples' moneyyours and ours. Let's thus together change the country's constitutional set-up and get money and resources to where it is urgently needed.

Once agreed on thoseall too well knownnecessary changes, decisions on a realistic time frame, on the jointly provided budget, on the monitoring mechanism and possible sanctions could be fixed. After broad consultations with Bosnian stakeholdersgovernment and civil society alikeabout the profile of the next international representative, the EU could then decide on the person to lead this effort.

We are convinced thatif taken seriously in both Brussels and Sarajevothis novel partnership between all parties involved would finally put Bosnia and Herzegovina on the road to local ownership and political responsibility. It would in turn enhance responsibility and accountability of the international communityespecially the EUas well.

Another key priority is to push forward regional cooperation. The Regional Cooperation Council (RCC) in Sarajevo gives the regional dimension more visibility in Bosnia and Herzegovina. The RCC focuses mainly on the state-level, and this is to be welcomed. It should push for a more equitable cooperation between the countries of the region, and thus promote a common Bosnian-Croat-Serb agenda.

Indeed, it is time for Balkan leaders to face their role as constructive regional players. A kind of Benelux experimentof course adapted to the specificities of the regioncould duplicate the successful strategy of the Visegrád Group. This should inspire innovative political thinking in Bosnia and Herzegovina, Croatia and Serbia. As the Balkan countries move away from the difficult post-conflict years, regional cooperation could effectively complementeven reinforcethe EU member-state building process.

But region buildingparticularly in the post-Yugoslav spaceis a multi-level process. As illustrated by the EU "Transnational Cooperation Programme South East Europe"one of the 13 EU transnational cooperation programmes, regionalism operates simultaneously at different scalesabove, below and at the state-levelsas it focuses not only on national, but also on regional and local authorities. In such a framework, local democracy, decentralisation and subregional cross-border cooperation complete the state building agenda in a constructive way.

But there is more to it: The EU and the Council of Europe regional programmes in the Balkans interestingly also involve EU member statesItaly, Austria, Slovenia, Hungary, Slovakia, Greece, Romania and Bulgaria and countries concerned by the European Neighbourhood Policyas Ukraine. Through these programmes, the countries of the so-called Western Balkans are already now part of New Europe. This illustrates how emergent trends in regionalism also reinforce EU member state-building.

All things considered, the current circumstances look gloomy. In view of the global crisis and the continued Bosnian stalemate, we are afraid; the situation in and around Bosnia seems even more dramatic than only a few months ago. The proposed partnership agenda of joint responsibility between the EU (backed by the US) and Bosnia and Herzegovina could give a new impetus for the long overdue reforms. A new wind is blowing in Washington. Change is also possible in Bosnia and Herzegovina.

Wolfgang Petritsch was High Representative in Bosnia and Herzegovina (1999-2002), and now Ambassador to the OECD (Paris). Christophe Solioz is secretary-general of the Center for European Integration Strategies (CEIS) in Geneva. They just published: Wolfgang Petritsch and Christophe Solioz (Eds.), Regional Cooperation in South East Europe and Beyond. Challenges and Prospects (Baden-Baden: Nomos, 2008).