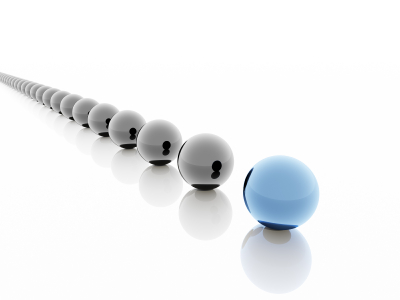 The leaders of the major Serb, Croat, and Bosniak parties met in Odzak to discuss the process of constitutional reform and the next census in Bosnia and Herzegovina (BiH). A common declaration of intentions is reviving the dialogue that has been blocked for more than a year. The reactions

In the declaration issued after the meeting in Odzak, a small town in northern Bosnia, the three leaders stated that the constitutional reform process should move towards aligning the constitution with the European Convention on Human Rights and Fundamental Freedoms (ECHR) and should also review the competences of the government, the functioning of state institutions and the territorial organization, and in particular, the intermediary levels of government.

Dodik, Tihic, and Covic agree that the BiH constitution should change through amendments of the existing legislation, and that technical assistance in this process should be requested from the international institutions. In addition, the three leaders have agreed that the state property issue should be resolved so that state property includes the real estate necessary for the activity of state institutions and also the "military's real estate and other movable property".

Dodik, Tihic, and Covic have also agreed that the next census would take place in 2011, following the adoption of the Law on Census of the Population of BiH. They stated that the census would include indications of nationality, language, and religion, but that 1991 census data would be used until 2014 to determine national representation in state institutions.

After a year of impasse, reform talks have moved on from the dead-end in which they were stuck.

The three other government coalition partners were excluded from the Odzak talks: Haris Silajdzic (Party for Bosnia and Herzegovina), Bozo Ljubic (HDZ 1990), and Mladen Ivanic of the Party for Democratic Progress (PDP). Their absence prompted speculations in the Bosnian political establishment, and caused a serious worsening of relations between the major Bosniak parties, the SDA and the Party for BiH.

The president of the Party for BiH, Haris Silajdzic, said that out of the four points in the Odzak agreement, his party accepts only the point on resolving the status of the Brcko district in the BiH parliament. In his view, the other points represent "the crudest attack on the integrity and constitutional competences of BiH; a clear rejection of the recommendations and positions of the European institutions on the issue of constitutional reform, and a humiliation for everybody, and especially for the Bosniak and Croatian victims in BiH."

Silajdzic underscored that the recent meeting of the presidents of SDA and HDZ BiH with Dodik, constitutes a "political and moral capitulation of the self-proclaimed representatives of the Bosniak and Croat people before the demands for a politics which does not hide its ultimate goal - the destruction of Bosnia and Herzegovina."

On the other hand, the leader of SDA, Sulejman Tihic, said that the Odzak agreement is not a capitulation of any kind. He invited all the other political parties in BiH and their leaders to accept the revived dialogue on the reforms, and to end the months-long blockade that hampered the government's efforts. Tihic said, "Let's work together to build concrete solutions. With specific solutions we can do a lot, we can make improvements. Let's work together on the constitutional reform, let's use all of our knowledge and strength in this direction, and not on conflict. I think that the citizens of BiH have had enough of conflict and divisions. This is the way out from this situation of confrontation and separation."

A similar message also arrived from HDZ BiH. Even though much time was wasted on misunderstandings and quarrels, Bosnia did not miss an opportunity to come closer to Europe, said HDZ's parliamentarian Velimir Jukic. He added that the EU member states also have had similar problems, "Work needs to continue, contacts and dialogue must intensify, and I hope become more productive. In such a case, I am certain that we will move ahead more easily and at greater speed. I am certain that the problem is caused by the lack of dialogue, especially at senior levels."

The tension among the Bosniak parties, nevertheless, did not decrease. For example, the Party for BiH president, Beriz Belkic, declared, "Eager to annul the results of the 2006 elections, this time Sulejman Tihic went too far, demonstrating readiness to concede to every threat, pay any price, and to accept whatever humiliation, and all of this at the expense of the citizens of BiH."

Sulejman Tihic recalled that the long-standing conflicts began between SDA and the Party for BiH when the Party for BiH refused to support the so-called "April package" on constitutional reform. Since then, the two major Bosniak parties have also been divided on other questions. Tihic said, "There are also differences concerning the choice of strategic partners for energy projects, because we want these partners to be selected through an international public call, and not from among some friendly, or foreign interest groups. We have also had differences concerning police reform. The Party for BiH has destroyed the constitutional reform process, in order to accept a police reform that would fully legalise the police of the Republika Srpska. These are incomprehensible positions, which indicate lack of knowledge of the facts and of the situation. And then, if somebody else does something, they do not agree; but nevertheless the fact remains that they are not capable of doing it themselves."

Some Bosnian politicians sceptically welcomed the Odzak agreement and wondered if this was one more in a series of agreement that never became more than a piece of paper. In the meantime, some feared that the agreement was not driven by the desire to start dialogue but was merely an attempt to avoid international sanctions imposed because the political structures continually push BiH further away from European integration.

The social democrats (SDP BiH) said that the leaders of SNSD, SDA, and HDZ BiH, Milorad Dodik, Sulejman Tihic, and Dragan Covic, had signed "one more in a series of countless empty documents". The spokesman of SDP, Damir Masic confirmed that his party was not certain that the signed document would lead to any positive changes and that "it does not bind anyone." The SDP BiH promised to decide its position on the accord as soon as it enters parliamentary debate.

The Serb Democratic Party (SDS) issued a statement welcoming every dialogue that could lead to a solution for the problems of BiH. The SDS hoped the agreement between the three leaders "was not done only for the purpose of saving their skin before the session of the Council for Peace Implementation (PIC), but that it was fruit of a sincere commitment to compromise, and of willingness to find a way out of the crisis."

The SDS hopes that the leader of SNSD, Milorad Dodik, would publicly explain the Odzak agreement, whose subject includes the territorial organization of the middle tier of government. SDS wants the President of the Republika Srpska (RS) Rajko Kuzmanovic to propose to the parliament of RS a platform on the possible basis for dialogue on constitutional reform, rather than just protecting the interests of the Republika Srpska in such a dialogue.

The international community welcomed with satisfaction the start of the dialogue on the solution of key issues for BiH.

The High Representative (HR) and special envoy of the EU, Miroslav Lajcak, positively assessed the agreement between the leaders of SNSD, SDA, and HDZ BiH on the issues of reform, taking into account that this could resolve some of the key issues needed for progress in BiH, and accelerate its walk towards the EU. Lajcak invited Bosnian parliamentarians to agree on the future makeup of the country. This, according to the HR, would substantially reduce the major obstacles and it would prevent delays in the integration process.

Lajcak assessed the deal made between the three political leaders, Dodik, Tihic, and Covic, as a positive sign, but said that such agreements need to secure the majority of parliament. Lajcak said, "Personally, for me, it is never difficult to support an agreement made by local political leaders. I think this is much better than the solutions proposed by us, which local leaders oppose each from their own positions. Thus, for us, there is no problem to support this accord. However, obviously, this has to be voted in parliament, that is to say, it has to get the support of the majority."

Pierre Mirel, director in the Directorate General for Enlargement of the European Commission, said that in any country, only a broad political consensus can guarantee success in the European integration process. Mirel emphasised, "The lack of consensus on fundamental issue is still an open question. This is the reason for lack of reforms lately, and therefore our progress report depicts, to put it this way, a very varied picture of progress. The Council in Brussels has also underlined this concern over lack of reforms and political consensus. The Council expressed hope that the agreement between the leaders of the three major political parties could open the way for a new consensus and other reforms. All polls reveal that citizens want to join the European Union. Politicians have also said they want the same thing, but their actions have not brought the country closer to the EU, and this has to change."

The Odzak agreement would receive parliamentary support over the next days. Without its support, the documents would only remain as words on paper. The SNSD and SDA must send positive signals that a parliamentary majority would be secured for the issues of dividing state property and the census. The procedure for the other constitutional changes will be slower as it requires the support by two thirds of parliament. Only at the beginning of 2009 will it be clear if this support can actually be garnered.