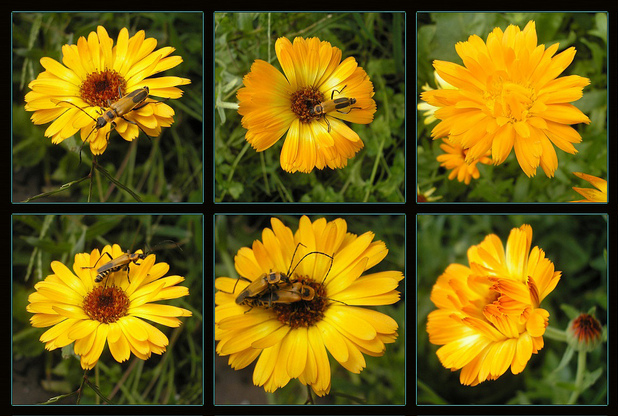 An Eco-centre. This is Jasna Živković's answer to the economic problems of Bosnia and Herzegovina. A report about rural development in northern Bosnia, between tradition and innovation

With one eye on the past and one on the future, in the woods of Brezići, in northern Bosnia and Herzegovina, Jasna Živković collects and grows medicinal herbs, makes honey in her Ecocentre, and builds sustainable rural development.

The tradition on the bed

Entering Jasna Živković's house is like taking a trip in a magical past. It is an old building dating back to 1901, which survived the violence that during the recent war in Bosnia and Herzegovina has set out to destroy both things and memory. Silence reigns in the evening outside the house, surrounded by the woods of mount Ozren.

Jasna leads me by the hand inside the house, built by her husband's maternal grandfather. We climb the wooden stairs, then she opens the door of one of the small rooms on the first floor. An old stove, two beds, and her herbs drying on the immaculate linen. Also in the other room, the smell of medicinal herbs fills the air. Then to the attic, where medicinal plants are everywhere – on wooden shelves, hanging in large bunches from the ceiling, sorted by type in large paper bags. Jasna collects some of these plants in the woods of Mount Ozren. Those which do not grow wild, she grows herself in her botanical garden.

The author of this article will be a speaker, next September 30th, at the meeting "Women and innovation in the Balkans", organized in the frame of TriesteNext, European Expo on Innovation and Scientific Research

Jasna Živković and her Ecocentre in Brezići (between the towns of Petrovo and Maglaj) are an excellent example of how tradition and the development of the area and its natural resources can be a driving force for sustainable development in rural areas of the Balkans, as well as an economic opportunity for women – who are, more or less consciously, guardians and carriers of this ancient wisdom and connection with the land. Development rooted in traditional knowledge, but open to the future and innovation. 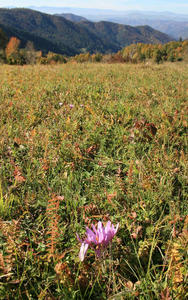 Jasna's herbal knowledge goes way back. Her first teacher was her mother-in-law Jasenka, now ninety, who still lives with her in the old family home. Jasenka has always collected medicinal plants in the woods, but in a "more primitive" way, says Jasna. Jasna, born in the village, attended a trade school and got married at 16. But she always was "an ecologist at heart", so when her only son was killed in the war, she decided to come and live among these woods, surrounded by nature, to heal the pain.

Though not an expert, Jasna decided to begin from the resources of her own land and started a series of traditional activities of rural Bosnia, such as bee-keeping and the collection and cultivation of medicinal herbs. She quickly realised that, for traditions to become an opportunity in economic terms, a wider vision was necessary. "I realised I needed more theory, so I studied phytopharmacology in Sofia, attended marketing courses, and went to beekeepers meetings, also worldwide, despite the financial difficulties”.

Today, thanks to these experiences and the skills she acquired, Jasna not only collects and grows herbs and practices beekeeping, but from these raw materials she makes a whole series of products. From the berries she picks in the woods, she makes two excellent wines. With honey, royal jelly, and propolis she created compounds, which she integrates with herbs – she calls herself a "bee-pharmacist" – to strengthen the immune system. She produces herbal teas and syrups, and even different types of cosmetic creams. All the recipes are of her own invention, with no synthetic ingredients. Starting from the tradition, Jasna was able to innovate and create products meeting consumers' growing demand of "naturalness". She has won numerous awards for her creations, the most important for a mixture of medicinal herbs of Mount Ozren. Her desire would now be to make an entire line of cosmetics that she would like to call "Mountain oasis".

An Eco-centre for education and development

Jasna has not stopped making products. Here in Brezići, relying only on her own resources, she created an "Eco-centre" around her house, with other small buildings for hospitality and a "school of nature", directed especially to the new generations, to teach about life in nature and share her experience in beekeeping and phytopharmacology.

Everything in the Eco-centre is a mix of past and future. The project is based on Jasna's belief that Bosnia and Herzegovina is destined to become a tourist economy. She created in one of the new buildings an educational area and a space to host visitors, where everything (furniture, blankets, pillows, etc..) is hand-made. Another house was used as a kitchen, because "I cannot leave visitors hungry!". The food she prepares with organic, healthy ingredients is not only Bosnian, but also "regional". Jasna's guests can learn from her to recognize and use medicinal plants.

In Jasna's vision, the Eco-centre can be an example of how rural areas can be revitalized. She seeks to show young people how they can continue to live in Bosnia and Herzegovina, through activities centered on rural tourism that create economic opportunities from the existing resources. Her philosophy is consistent with the most innovative approaches to rural development, that see farms not only as a place of production, but in their multifunctionality. 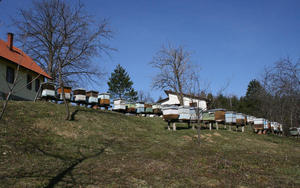 Jasna is and wants to be also an example of women's capacity to imagine a new future for their communities starting from traditions and land. Living on the border between the two entities that make up Bosnia and Herzegovina, she would like to work with other women in a more organized way and create a laboratory "where me and all the women of the world can show that everything can be done if you have clear objectives", she says.

I was very impressed with Jasna's determination and strong awareness of the role women may have in pursuing development based on respect of the territory and the overcoming of conflicts. Although I have met other women who, like Jasna, have set up new economic initiatives starting from the enhancement of local resources, I have observed that in general this awareness is still rare and women's enterprises lack organization and networking.

Networks could help to overcome the many obstacles Jasna faces every day, that are common to women's rural enterprises. First and foremost, the lack of support and recognition by institutions, linked to the fact that the representation of women is still very limited and therefore needs and interests of women are not considered. Hence all the practical problems – the lack of infrastructure (to get to the Eco-centre, you need to travel for almost an hour on a dirt road, in the middle of woods that are often mined), the lack of financial support to women's small entrepreneurship, the difficulties in entering the market.

Financial support to their initiatives, training, information, participation, infrastructure – this is what women in rural Bosnia and Herzegovina ask, though quietly and often without fully realizing their role in weaving a bridge between past and future, between tradition and innovation. A crucial task for the Balkans to find their way to a fair and sustainable development.