Serbia: Tourism with an 'eco' mission 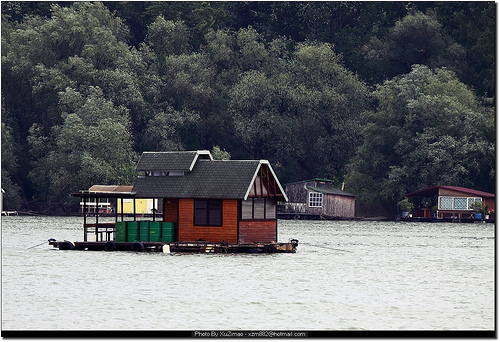 In times of economic crisis environmental priorities are at risk, threatened by the forces of production. But a young and very active association in Serbia, Ecotourism, is trying to invert this trend by contributing to the country's economy through actions aimed at environmental protection. Our interview to its director

Although relatively young as an organization, the work of Ecotourism Serbia has been gaining increasing visibility. Their programs combine the promotion of tourism with care for the environment and the protection of historic and cultural heritage. Last month they held their annual conference on ecotourism, in Novi Sad. Osservatorio Balcani e Caucaso talked to their president Radomir Jovelic Viserov.

What is Ecotourism Serbia? How did it come about? What are its goals?

The National Eco-Tourism Association - Ecotourism Serbia was founded in 2008, in recognition of the fact that Serbia possesses significant natural treasures to be promoted by such a movement. In order to succeed in this endeavour, several things need to be in place, such as a constructive approach by the national government, an active role by the local government; then the nessesary infrastructure for ecotourism needs to be created, the environmental awareness of the population has to be raised, international standards should be adopted, and so forth...

What are your projects at present?

Recently in Novi Sad you held the Third International Conference on Ecotourism? Tell me more about this conference.

On   29 September 2010, in the MASTER congress centre we held our annual conference on ecotourism. This year the title was: The Significance of Ecotourism in Serbia's Tourist Offer. The main goal of the conference was to create national consensus on the importance of ecotourism and its effects on the economy of eco- areas, as well as to promote ecotourism as a relevant factor branding Serbia as a high quality tourist destination.

In addition, the conference also presented an opportunity to collect all the preceding scientific and technical experiences and explorations related to ecotourism in a single place, and to promote new initiatives.

Overall the event was aimed at anyone who is either directly or indirectly involved in ecotourism, starting from our association's representatives in the field, to include the owners of rural households, business associations, cooperatives and NGOs, local government representatives, tourist organizations, as well as scientific and professional institutions.

At the start of the conference an official charter proclaiming the Sava River a national eco-track was signed. Whenever we talk about tourist areas in Serbia, it is usually the mountain national parks which are enphasised. However, there are plains with extraordinary natural potential for ecotourism, which have until now not been taken into account or explored. Such is the area of Posavina. It has a big navigable river with many meanders, marshlands and wetlands with rich flora and fauna. This produces an incredible natural environment, which is at the same time close to the big cities and an international highway.

Particularly important areas in this sense are Ada Ciganlija, the Obedska, Zasavica, Ribnjača and Orlaca wetlands, the Bosut-Morovic forest and so forth. These unique ecosystems are the habitats of wetland birds, as well as other wetland flora and fauna of wider European importance. They are connected to the Sava River, which offers an excellent opportunity for combined ecotourism of the rural and fluvial kind.

In addition, in Serbian Posavina there are several archeological sites (Sirmium, Gomolava, Debrc), monasteries, and other cultural and historical monument, which are prime tourist destinations. Having all this in mind, we believe that the Sava River and its natural area should be a priority among the new tourist destinations, with special protection and treatment. At the conference it was also decided that the day of the signing of the charter, will be celebrated as the Day of Ecotourism in Serbia, starting from next year.

The decentralised Italo-Balkan cooperation programme SeeNet II includes activities specifically aimed at the enhancement of rural land and the natural environment. In particular these tasks are carried out within the actions led by Tuscany, Piedmont and the Autonomous Province of Trento.

What are the biggest challenges for ecotourism in Serbia and the region at present?

As far as Serbia is concerned, the biggest challenge is to market ecotourism through tourist organizations and agencies. These still don’t recognize it as profitable branch, even though today it is regarded as a fast growing segment in tourist industry and it is one of the most popular types of vacation in the world. As far as the region is concerned, in the nearest future we would like to present some of the potential eco-destinations, and we will do this through a promotional film.

At the beginning of this year you held a conference on castles and villas...

We co-organized a conference on 28-29 May 2010 in the Kashtel Echka (a castle). The conference was titled 'The Role of Castles in the Development of Cultural Tourism', and it aimed at increasing the value of the cultural & historical heritage of the castles and villas in Vojvodina and Serbia.

Today many such buildings are not being used, they have no specific owners and are in different stages of decay. The goal of the conference was to find a way of revitalizing the aesthetic and the economic aspects of the castles and villas, creating models and defining appropriate strategies for their restoration.

In the long run, we can expect positive effects for the local community only through investments and promotion of the castles, and their inclusion in an overall cultural tourism offer. The basic starting point is that the cultural & historical heritage, preserved and managed in an exemplary way, could have an important role in the spacial and economical development of certain areas.

We are aware of the fact that the richer countries in Europe and the world dedicate a lot of attention to such historical buildings, and allocate considerable finances to them. In order to speed up this process in Serbia we have decided to form a working group to draft a proposal for a 'National Project for Reconstruction and Revitalization of the Most Valuable Castles and Villas'. The project is a response to the need for preserving and improving cultural heritage sites, which represent one of the most important pillars of our cultural identity at both the local and European level.

We are confident that with the support of relevant institutions, domestic and international experts ,and enterprises, we can kick-start a national project to finance the reconstruction and revitalization of the most valuable castles and villas, and initiate projects for the creation of cultural roads, castles, and villas. We also hope to be able to access European funds for this purpose.

What are the plans of your association in the near future?

Our plans are ambitious. We are preparing to start with the realisation of several important international projects such as the 'Ancient Road Sirmium – Bononia' in the network of European Cultural and Tourist Roads, the 'Eko – Ethno Village' in the European Region, and to work on a manual for the certification of eco-destinations. We have also created the project 'Sava Bicycle Road' which will stretch from the Republic of Slovenija to Belgrade.

There is still a lot of work to be done. In times of scarce resources, when the economy is struggling, which inevitably increases the threats to nature, we at Ecotourism must seek the best possible solutions to the environmental challenges ahead.