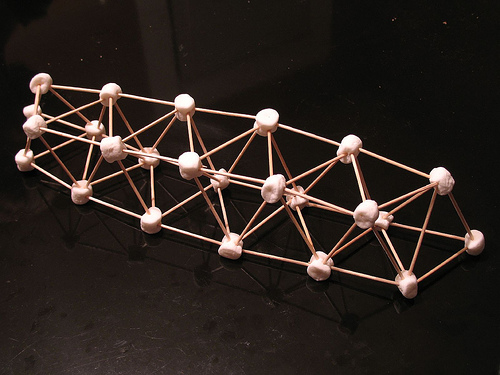 The Faculty of Law of the University of Vienna, togheter with the Faculties of Political Sciences, of Law, and of Islamic Sciences of the University in Sarajevo, launched in 2009 a series of international conferences on constitutional reform in Bosnia and Herzegovina. The proposals emerged from the discussion

These proposals reflect the results of the discussions between experts and participants from Vienna, Sarajevo, East Sarajevo, Banja Luka, Mostar, Liege, Salzburg and Trento at the conferences on constitutional reform in Bosnia and Herzegovina held in Sarajevo on 10 December 2009 and in Vienna on 16 April 2010. Both conferences have been organized in cooperation between the Faculty of Political Science of the University of Sarajevo and the Faculty of Law of the University of Vienna.

The judgment of the European Court of Human Rights delivered on 22 December 2009 in the case of Sejdic & Finci vs. Bosnia and Herzegovina has confirmed the limits and deficiencies of the Dayton Constitution of Bosnia and Herzegovina with regard to the violation of individual rights and discrimination in the current institutional system. While creating an obligation for implementation related to these important issues, it also demonstrates the necessity for further change of the constitutional system.

From 2006, the Faculty of Law of the University of Vienna has concluded cooperation agreements with the Faculties of Political Sciences, of Law, and of Islamic Sciences of the University in Sarajevo. In the framework of these agreements, the Vienna Law Faculty and the Faculty of Political Sciences in Sarajevo, in 2009, have launched a series of international conferences on constitutional reform in Bosnia and Herzegovina.

The purpose of this conference series is to stimulate a discussion on constitutional reform in BiH encompassing the Bosnian and international academic community, Bosnian civil society, and representatives of the European institutions and the international community, with a view to overcoming the present deadlock prevailing among the power holders in the country and the political actors in the international arena. The issue has currently become increasingly pressing, since the stabilization and association agreement concluded in 2008 between BiH and the EU has made constitutional reform and compliance with human rights, democracy, and the rule of law a basic condition for any further steps towards integration of BiH into the EU.

So far, several consultations and two international conferences have been held, one in Sarajevo on 10 December 2009 and another in Vienna on 16/17 April 2010. The second conference resulted in the adoption by consensus of the attached proposals on constitutional reform in BiH, addressed to experts and policy makers in the EU, the Council of Europe, and the international community, to policy makers and civil society in BiH, to the media, and to the public at large. The cooperating Faculties in Vienna and Sarajevo are committed to resolutely pursue the matter and to hold a follow-up conference in Sarajevo, after the parliamentary elections in BiH scheduled for October 2010 have been held.

As a starting point, a minimum implementation of the judgment would at least require a change of the current electoral system in order to secure the conformity of the upcoming elections with European human rights standards which form an integral part of Bosnian constitutional law (art. II.2 Const. BiH).

However, constitutional reform is necessary as it provides more legal certainty and should signify the start of an internally driven process of substantial constitutional reform beyond the mere implementation of the judgment. This could be reflected also by the adoption of a European integration clause which would confirm the readiness and willingness of Bosnia’s institutional actors and citizens to give the accession process a secure constitutional basis.

There is a wide range of options for implementing the judgment. The detailed opinions of the Venice Commission provide guidance in the choice of a sustainable solution. However, all possible options will have to be based on a differentiation of territorial and ethnic representation, i.e. a separation of interests expressed through territorial units and those attached to the guarantee of group rights and collective identities. In addition, the current dominance of ethnic and collective representation has to be balanced with the guarantee of individual rights of citizens, as the judgment underlines with regard to “Others”, but as it is also necessary for members of constituent peoples which are discriminated on grounds of residence.

Such a reform should be accompanied by a clause which would declare European integration a supreme State objective accepted by all. It should also contain technical issues, such as adaptation of institutions and procedures for guaranteeing participation in the decision-making process as well as timely and thorough implementation of EU law through the coordination and cooperation of all levels of government.

Actors in the reform process

Beyond the immediate implementation of the judgment, constitutional reform is an opportunity for change and for empowerment, but it is a shared responsibility of Bosnians and the International Community, in particular of the EU and the Council of Europe.

Constitutional reform, as an open process for change, has to include civil society in order to guarantee information and participation of citizens, thus providing the basis for sustainability.

The European Union and the Council of Europe (and other actors of the International Community) must support this process by providing clear and precise guidelines for reform, necessarily with one voice. Although a variety of options should be indicated, the EU must be precise and consistent regarding the necessity of constitutional reform as well as regarding the essential cornerstones of any such reform. This is the fundamental basis for substantial progress towards integration of Bosnia within the EU; alongside with this process of Europeanization, civic empowerment will be reinforced in the perspective of achieving the status of European citizenship for citizens of Bosnia and Herzegovina.

Prof. dr. Mirko Pejanović, Dean of the Faculty of Political Sciences of the University in Sarajevo