Bosnia and Herzegovina, the long shadow of the war 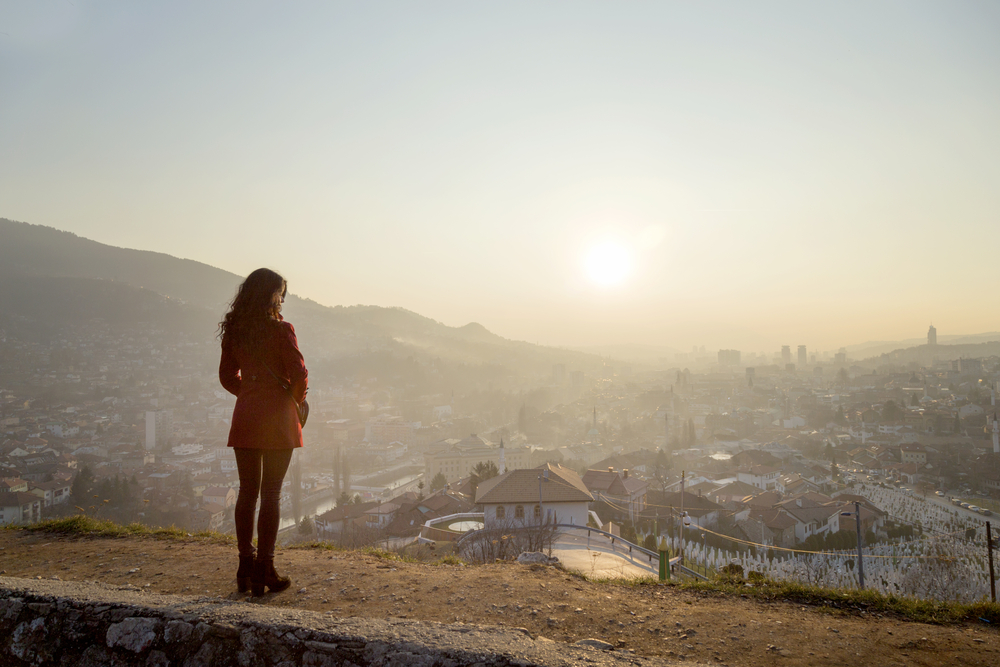 Three decades after the outbreak of the war, Bosnia and Herzegovina's society is still far from being able to overcome divisions and warmongering rhetoric

In Bosnia and Herzegovina, the beginning of April is remembered as the period in which the siege of Sarajevo began, together with a war that lasted from the spring of 1992 until the end of 1995 and cost some 105,000 people their lives , including 68,000 Bosniaks, 23,000 Serbs, 9,000 Croats, and 5,000 people belonging to other nationalities. Three decades after the outbreak of the war, Bosnia and Herzegovina's society is still far from being able to overcome divisions and warmongering rhetoric. Thirty years after the beginning of the conflict, the tensions and fears of a new war seem stronger than ever.

Loss of human lives, social and moral degradation, and a low standard of living are just some of the consequences of the conflict that continue to upset not only the existence of Bosnian-Herzegovinian citizens who remember the war well, but also that of the generations born after the conflict. Survivors carry deep wounds, and their idea of war is largely based on personal experience. At the same time, the constant spread of historical revisionism and the tendency to openly deny proven war crimes make it difficult for citizens to take important steps towards reconciliation and building a brighter future.

The lack of commitment to ascertain the facts in order to build a collective memory of what happened during that dark and not so distant period has contributed to the constant deterioration of the situation in Bosnia and Herzegovina, so much so that today the situation in the country is worse than in the first decades after the war, when there was still some hope of a better future.

The tipping point was reached in the summer of 2021, when increasingly frequent and persistent attempts to deny genocide and other crimes committed during the 1990s conflict and to offend the victims prompted Valentin Inzko, former High Representative for Bosnia and Herzegovina, to  introduce some changes to the BiH Criminal Code that prohibit the denial of war crimes and the exaltation of convicted war criminals. This decision has only exacerbated the tensions present in Bosnian-Herzegovinian society, that are unlikely to subside in the course of 2022 – which is also an election year in BiH – given the profound polarisation of society and the prevalence of right-wing forces on the local political scene.

The political strategy of the ruling leadership in Republika Srpska, led by Milorad Dodik, is based on separatist threats and actions aimed at undermining the statehood of Bosnia and Herzegovina, denying the legitimacy of central institutions, and violating the principles that guarantee BiH's sovereignty and territorial integrity, thus hindering any attempt to calm the growing tensions within society. The tendency to openly deny war crimes and to glorify those who committed them contributes to the aggravation of the situation and risks jeopardising the peace reached with the 1995 Dayton Accords.

In early March, a few weeks before the 30th anniversary of the start of the siege of Sarajevo, on a wall that runs alongside a road near the administrative border between the city of Sarajevo and the city of Istocno Sarajevo (which also marks the border between the two entities of the country), a commemorative plaque  was once again placed dedicated to the two battalions led by the former Chief of Staff of the Bosnian Serb army Ratko Mladic, sentenced to life in prison for genocide and other war crimes committed during the war in Bosnia and Herzegovina. The Istocno Sarajevo Association of Fighters affixed the new plaque to replace the original one, recently smeared with paint and then destroyed. The authorities in Istocno Sarajevo have always refused to remove the controversial plaque, apparently not seeing anything problematic in it.

Discordant interpretations of the past

The tendency to glorify victims belonging to one's own people and to belittle those of other ethnic groups has been present in Bosnia and Herzegovina since the end of the war and has not abated even after the actual number of victims has been ascertained. Discordant narratives about war are mainly fuelled by politicians who use them to advance their populist agenda. Actually dealing with what happened during the war of the nineties has never been among the priorities of Bosnia and Herzegovina's politicians, including those who in the early post-war years did nothing but talk about peace and the future.

The lack of adequate knowledge of what happened during the war, the inability to understand the past, and the confusion that reigns among the younger generations are closely linked to a systematic refusal to come to terms with the past and to construct a discourse on war based on facts rather than on subjective impressions of people belonging to different parties involved in the conflict and their political representatives.

The younger generations – who have never received an adequate education that allows them to understand a historical period that they do not remember, but which continues to affect their lives – tend to perceive the war of the nineties starting from the experiences of their families and from content disseminated on social networks, where it is not easy to identify credible sources and distinguish between true and false information that make up the puzzle of the past.

Among the various, dangerous attempts to "solve the problems related to the teaching of the recent history of BiH, including the war of 1992-1995", there is also the recent modification of the school curriculum in the canton of Tuzla, where the textbook about the history of Bosnia and Herzegovina for the last grade of middle school has been updated, adding more chapters where the war of the 1990s is interpreted with a one-sided approach, and one of the authors was a member of the army.

Today, three decades after the outbreak of the war, the reality of Bosnia and Herzegovina – according to the testimonies of those who lived through that war – seems very similar to that of 1992. The conflict in Ukraine has awakened memories of the Yugoslav wars, arousing concern throughout the region. Fear of a new war is certainly not confined to Bosnia and Herzegovina, but in this country, perhaps more than anywhere else in the world, just thinking about the possibility of a new conflict makes one shudder.

While the European Union and NATO continue to pledge that they will support Bosnia and Herzegovina, victims and survivors of the war of the 1990s are wondering whether such support will come in time and whether it will be able to stop any escalation of violence.