A tale of three chairs 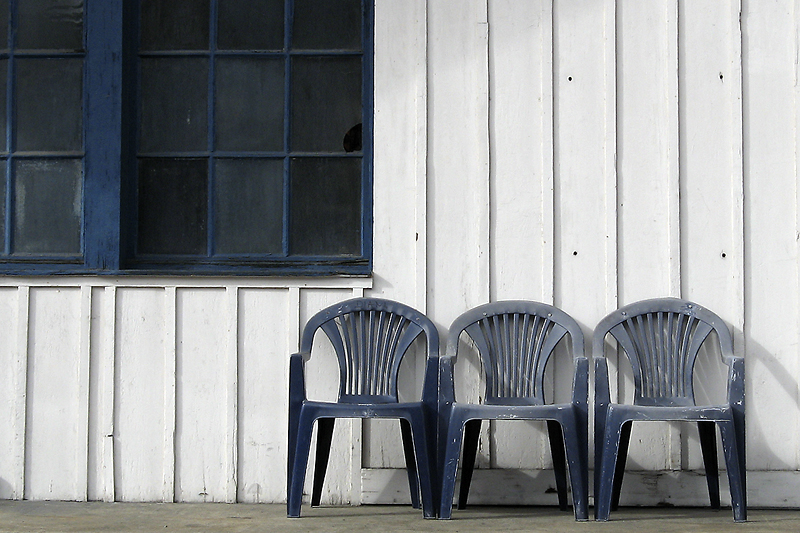 General elections will take place in Bosnia and Herzegovina on October 12th. Candidates for the Presidency and House of Peoples will still need to identify as Serbs, Croats, or Bosniaks, in violation of the provisions of the European Court of Human Rights

In the end, these elections will be held without the reforms that the European Union had set as a prerequisite to recognize the outcome of the vote. Citizens will in fact be called to the polls without the implementation of the judgement of the European Court of Human Rights in the "Sejdić-Finci" case, which obliges institutions to reform the constitution in order to ensure that candidates entitled to run for the Bosnian Presidency and the House of Peoples include the so called ostali (literally, "the others"), that is, those who do not belong to any of the three constitutive nations (Serbs, Croats, and Bosniaks).

Brussels quickly dropped its iron fist. Already after February's protests, it became clear that the issue simply was no longer on the agenda. The floods, which devastated the country in May, did the rest. Among the many adverse effects, they gave new legitimacy to political elites, revitalizing their dignity as reliable partners, and side-lining the demands to reform Bosnian power structures.

It does not matter that – as happened just last week – the European Court of Strasbourg keeps issuing verdicts condemning apartheid in the country (this time, for the case of Azra Zornić, a former SDP candidate who was not able to stand for election in the Bosnian House of Peoples, because she had identified as a "citizen of Bosnia and Herzegovina" – therefore, not affiliated with any of the three constituent nationalities). Everything will go as per the (old) script: in October, candidates for the presidency and for the upper house of parliament will compete, once again, divided into the three traditional categories – Serbs, Bosniaks, and Croats.

A crowded race for Bosniaks

Although not as for the 2002 general elections, when twenty-four different candidates competed for the three posts in the Bosnian presidency, October's race for the highest office in Bosnian institutions will still be quite crowded, with sixteen competitors.

The competition promises to be especially tight among the ten Bosniak candidates. So far, the name that has aroused the most interest in the public is no doubt that of Mustafa Cerić, former Reis of the Islamic Community of Bosnia and Herzegovina. The elderly religious leader, one of the most authoritative voices in the post-war Bosniak scene (and, according to critics, one of the main culprits of the flattening of Bosniak on religious, and therefore Islamic identity), lifted his reservation in May, after a phase of hesitation that lasted a couple of weeks and was virtually covered live by Bosnians media.

It is also true that many among the most experienced commentators had predicted that Cerić would enter politics after he unsuccessfully tried, in 2012, to change the status of the Islamic community to his own advantage in order to be elected for a new mandate. However, in spite of everything, his decision surprised the public. Cerić said he aims to "only deal with politics", create a "Marshall Plan for the economic recovery of the country", and continue on the path of NATO integration. Commenting his decision to run as an independent candidate, without the support of any political party, he stressed "the need to de-politicize the presidency".

This new life of the former Reis of Bosnia and Herzegovina has attracted much criticism. The most ferocious probably came by Slavo Kukić, well-known professor of sociology in Mostar, who was close to becoming prime minister in 2011 and is now among the supporters of Željko Komšić's Demokratska Fronta. "Now that we have our Bosniak Morsi", said Kukić, "we only need the Muslim Brotherhood and then we will not be too far away from Egypt".

On the other hand, it is not clear what Cerić's ultimate goal is. If some commentators just emphasise his thirst for power and his innate desire to "become the first among the Bosniaks", others – like Dani editor Vuk Bačanović – engage in political fiction experiments and hypothesise the existence of a synergy between Cerić and the Alliance for a Better Future (SBBBiH) of tycoon Fahrudin Radončić. Also Radončić is indeed running for the office of Bosniak member of the presidency. From this point of view, Cerić's candidacy would be designed solely to take away votes from the SDA, currently in crisis, and favour the victory of the character known as "the Berlusconi of Bosnia". According to Bačanović, "Cerić will most likely not win, but that does not mean he cannot carve out a political position of any kind, and then start from there to run again in 2018".

The SDA itself, weakened by the clash between its own internal factions, chose to rely once again to the "old horse" that already won in 2010, Bakir Izetbegović. Bakir, who has so far remained in the shadow of his direct competitors, can still count on the his party's rooting in the territory, especially in the countryside – a factor that could prove decisive.

According to commentators, in addition to Cerić, Izetbegović, and Radončić, there is a fourth candidate who might have a good chance of winning: Emir Suljagić, who chose to run with the Demokratska Fronta. The choice of Suljagić, who has recently been mainly occupied with leading the activities of the association Prvi Mart, has been severely criticized.

"It is now clear that Suljagić used Prvi Mart [an association which mainly focuses on the rights of Bosniak returnees in RS and likes to call itself apolitical, ed.] only to get publicity", was the assessment expressed by analyst Enver Kazaz on Radio Slobodna Evropa. "Instead of continuing his civic action, he chose to run for the presidency. At this point, it is unclear whether during his stay in Prvi Mart he was a member of the Democratic Front or was not... In addition, the fact that an association such as this can express one of the candidates for the presidency of the country says a lot about how our civil society is manipulated by politics", said the analyst, who also noted how "among the candidates there are long-standing political figures, who are real hyenas for this country... But those who run for the first time seem to have no idea on how to change things".

A referendum for Croats and Serbs

If the choice for Bosniaks is parcelled out in ten different names (of which four are favoured for the win), for the Croats and Serbs of Bosnia and Herzegovina the choice of the respective member of Presidency seems to have in all respects the characteristics of a referendum on their current political representatives.

Among the Serbs, the fight is between two candidates – Milorad Dodik's protegèe Željka Cvijanović (SNSD) and Mladen Ivanić, candidate of the opposition, which joined forces in a coalition called Savez za promjene, union for change. The vote will therefore be extremely polarised and basically a plebiscite on the work of Milorad Dodik, who has already dusted off for a few months his usual threats of "secession of Republika Srpska" in order to play again, in the eyes of their voters, the part of saviour of the country's "better half". "My political agenda is the strengthening of the independence of the RS, which can be achieved through a referendum, following the example of what happened in the Crimea", recently said Dodik to newspaper Blic, following a script well established by years of practice.

If the fight for the Serb member of the presidency will be, in fact, a duel between majority and opposition in the RS, the Croatian challenge seems to be only theoretical, with Dragan Čović, leader of HDZBiH, left practically without competitors. For a while there was talk about the possibility that the Demokratska Fronta would present the candidacy of the aforementioned Kukić, but Komšić staked everything on Suljagić. The Mostar academic, Slavo Kukić, at the end of June was the victim of an intimidating attack after he harshly criticized the welcome ceremony reserved for Darijo Kordić (a Croatian war criminal released after serving two thirds of the sentence). The event had been attended also by representatives of Čović's party.