Violent clashes erupt on the front line between Armenia and Azerbaijan 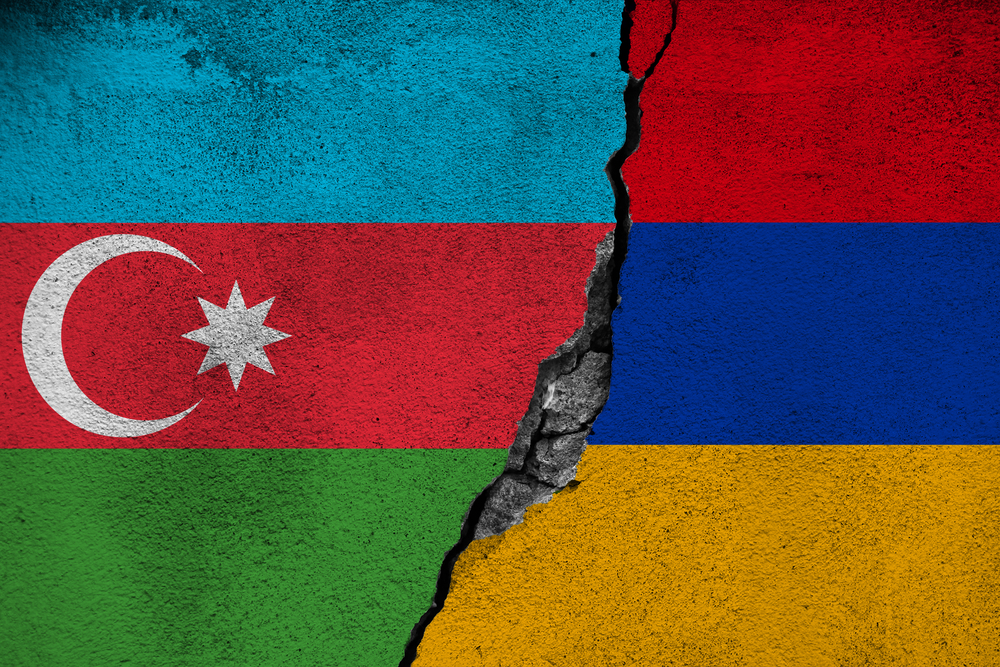 18 months since both sides agreed to prepare populations for peace, Azerbaijan and Armenia may have sent that peace process a few years back amid renewed fighting on the front line as of Sunday, July 12

The two countries blame each other for starting the hostilities and shelling civilian areas, while losses on both sides keep growing and calls by the international community for immediate de-escalation are left unheard. The clashes are the worst yet , experts say.

Clashes began on July 12 in Tovuz [Azeri/Tavush Armenian], situated on the border between Armenia and Azerbaijan and internationally recognised as territory of Azerbaijan. The location is unusual, as clashes commonly flare up on the territory of the disputed Nagorno Karabakh.

At the time of writing, there were 17 casualties. According to the most recent statement issued by Azerbaijan's Defense Ministry, 12 servicemen including one civilian were killed, while Armenia said four of its soldiers were killed in combat. Each side claims the fighting erupted as a result of “provocations” from the other side.

Tom de Waal, senior fellow at Carnegie Europe and the author of the book “Black Garden” on the history of the Karabakh conflict, wrote on Twitter that these clashes were not accidental, as “ceasefire violations are a political decision”. A long-time conflict observer, De Waal did not rule out the built up frustrations on the side of Azerbaijan, adding that “[Azerbaijan] is frustrated with the lack of political progress since 2018” and so has “greater interest” [in starting the fighting].

Frustration with the peace process was expressed by President Ilham Aliyev earlier this month, during an interview with local media at the opening of a modular clinic. “Today, negotiations are not really taking place. The video conference calls between the Foreign Ministries of Armenia and Azerbaijan carry no importance”, stated Aliyev during the interview. The president also added he has no intention to stay in peace talks for the sake of imitation.

On July 16, Azerbaijan's Minister of Foreign Affairs Elmar Mammadyarov was dismissed and replaced by the current Minister of Education. The decision came after Aliyev’s meeting with his Cabinet of Ministers, where he shamed the former Foreign Minister for being absent from the office on July 12, when the fighting began. It is worth noting, however, that Mammadyarov, like all other members of the cabinet appointed by Aliyev, merely enacts policies and decisions approved by the president.

During the interview, Aliyev also lashed out at the Minsk Group co-chairs [a diplomatic body led by US, France, and Russia] and its ineffectiveness in the negotiation process over the last decades. “As for the Minsk Group statements, we expect to hear different statements. When Armenia’s Prime Minister says, ‘Karabakh belongs to Armenia’ I respond to this, but why does the Minsk Group keep quiet? Why won’t it say that this statement goes against the essence of these talks?”, Aliyev was quoted saying.

Meanwhile, the co-chairs “urged the sides to refrain from inflammatory rhetoric”, stressing “the necessity of building up an atmosphere conducive to the restoration of the peace process”. The EU also urged both sides to "stop the armed confrontation”, and the United Nations Secretary-General Antonio Guterres called for an “immediate end to the fighting” and to “take immediate steps to deescalate the situation”.

These statements may be left unheard, especially as some 30,000 people gathered in Baku's Freedom Square on the night of July 14, chanting slogans in support of the war, the army, and the President, demanding more action on the front line. The impromptu rally was partly caused by the news of the death of general Polad Hashimov, who was highly regarded and also the first high-ranking officer to be killed since the ceasefire. A smaller gathering of several thousands was expecting Hashimov’s body to arrive in nearby city of Sumgayit.

Police eventually intervened with tear gas and batons, after a group of protesters reportedly stormed the parliament building.

Meanwhile, the fighting resumed on July 16, after a brief lull.

Iran expressed an interest in taking a role in the negotiation process. Foreign Minister Mohammad Javad Zarif reportedly had phone calls with his counterparts, to encourage the two countries to exercise restrain and start negotiations. Turkey has expressed full support for Azerbaijan. On July 16, Turkey’s president Erdogan said that this was a “deliberate attack on Azerbaijan” and not just “a border violation”, while the country’s Defense Minister said that Armenia would pay for its actions. According to experts, the likelihood of Turkey intervening militarily is low . Instead, what Azerbaijan wants is recognition and support, something Turkey provides lavishly.

Russia’s Foreign Minister Sergey Lavrov also had calls with his counterparts to encourage both governments to call for a ceasefire. However, Lavrov may have to schedule another call to fill his newly appointed Azeri counterpart in on the details of the last 14 years of negotiations.

Some analysts say that larger political interests may be at stake . The Tovuz region is situated near the South Caucasus pipeline, which channels natural gas from Azerbaijan to Turkey’s TANAP pipeline. For years now, Turkey has been trying to reduce its energy dependence on Russia and diversify its resources as well as lower the costs. Next year, a 25-year-old deal that obliged Turkey to buy Russian gas is coming to an end, and the chances of Turkey renewing the deal are slim. There is also the nuclear energy plant that Russia is building in Turkey, conflict over Syria and, of course, the large influx of Russian tourists coming to Turkey. Last year alone, this number totalled to seven million toutists.

A short ceasefire, even slimmer prospects for peace

In 2018, when Armenia’s current Prime Minister Nikol Pashinyan came to power, a glimpse of hope appeared for the future of Nagorno Karabakh and the occupied territories. In his October 2019 piece , Tom de Waal wrote that, at the time, the level of violent fighting dropped, a hotline to exchange information was set up, and an agreement to stop the shooting along the internationally recognised border in order to allow residents of villages along the line of contact to resume peaceful life on both sides was reached. And yet, this was not enough. “If there is not more substance to discuss in the negotiations soon […] Azerbaijan could soon declare that its patience is running out”, which is what we are seeing now, as the situation has escalated and lack of confidence in the Minsk Group is once again on the table. The time to take a proactive role for the co-chairs is now, but it may be too little too late.