The rainbow colors are not for Azerbaijani taste 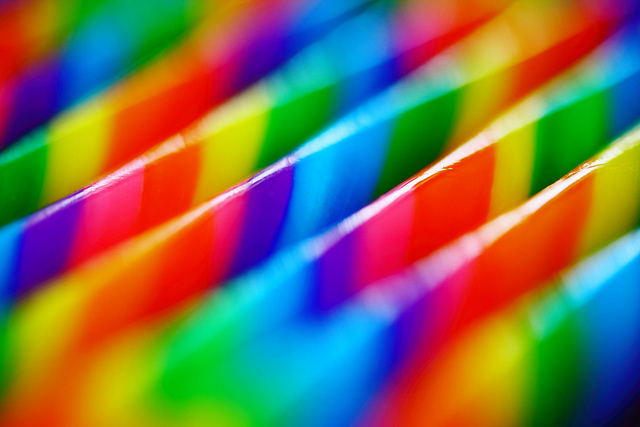 The suicide of Isa, a twenty years old activist, reopens the painful question of LGBT rights in Azerbaijan. The slow and arduous path to tolerance of the country

“This world is not colorful enough for my colors. Goodbye,” read the letter of a man too young to bid farewell to this life. “I am leaving you. God bless you. This country and this world are not for me. I am going to be much happier now. Tell my mother I loved her very much. You all are responsible for my death,” were the final words he wrote. His name was Isa. He was only 20 years old. Sadly, Isa is neither the first nor the last LGBT person to end his/her life in Azerbaijan, as the country has not yet found a way to address the rights of LGBT people. While the country’s leaders are building a modern and liberal image abroad, at home, the domestic contradictions of that image are visible every day. When it comes to the rights of LGBT community, the reality is painfully disturbing.

Behind the modern walls

Found hanged on January 22nd with the rainbow flag draped over his shoulders, gay rights activist and chairman of the Azad LGBT (Free LGBT) Isa Shahmarli was known among his friends as active and driven. He strongly believed in the possibility of changing people’s opinions about the LGBT community. Little did he know that the task was much bigger than his passion and hopes.

Here in Azerbaijan, often viewed as a liberal Muslim country and as more tolerant than its neighbors, Armenia and Georgia, tolerance is a relative concept. When much of Europe had its eyes on Azerbaijan during the Eurovision song contest in 2012, tolerance was at its highest. Once all of the country’s guests departed and the world turned its gaze elsewhere, there were only weak traces of tolerance left, the most common was perhaps the acceptance of men wearing shorts.

Azerbaijan decriminalized homosexuality in 2001. However, difficulties persist. Elhan Bagirov is the founder of “Gender and Progress”, a non-governmental gender equality organization which provides legal aid, medical assistance, and many other services to members of Azerbaijan's LGBT community who all to often face misunderstandings and homophobic attitudes. Work dismissals and instances of child abuse based on sexual orientation are also frequent, says Bagirov. And while there are no laws that penalize people for same-sex relationships, there are no laws protecting people in such relationships either.

This lack of legislative support puts the LGBT community in a very vulnerable spot, if not at risk. As a result, many advocates like Bagirov are strong proponents of the adoption of anti-discrimination legislation. This won't be a solution to the challenges however. What seems to be missing in Azerbaijan, in addition to the legislation, is the education reform and an overall shift in the attitudes of the average citizens. On a daily basis, gays, lesbians, and transvestites are the targets of jokes, belittling, prejudice and oppression.

Members of the LGBT community are not the only ones to have their voices silenced. Non-governmental LGBT support organizations face the same difficulties. Atilla Cavid is the head of the small not-for-profit Nefes (“Breath”), an LGBT rights organization. “The first and foremost problem in Azerbaijan is the registration of non-governmental organizations. The government doesn’t register LGBT organizations or, more truthfully, doesn’t take them seriously,” says Cavid. Carrying out work without proper paperwork, however, creates a whole new set of problems and difficulties — for example with collecting donations or any other kind of financial assistance — for these organizations. Because there is no aid, a majority of the existing LGBT organizations survive based only on the contributions from their employees. The lack of legislation makes the lives and work of LGBT organizations and people working for them harder because, as there are no laws to protect LGBT persons, the majority of their complaints are dismissed easily with no further follow up, says Cavid.

LGBT rights activists maintain high expectations, even in a country where the ruling elite is using homophobia as a tool to fight its opposition. Expecting grand changes is nonsensical, especially in the near future. Not so long ago, a youth organization known for its closeness with the incumbent government was the target of a smear campaign against one of the country’s opposition party leaders, Ali Karimli, calling him gay. Overall, intimidation and slander of a sexual nature against anti government individuals is very common in Azerbaijan. The most notorious of these campaigns is one launched against successful and well-respected investigative journalist Khadija Ismayil. Videos of Ms. Ismayil of private nature were distributed online by unknown culprits.

Beyond a few streets in Baku