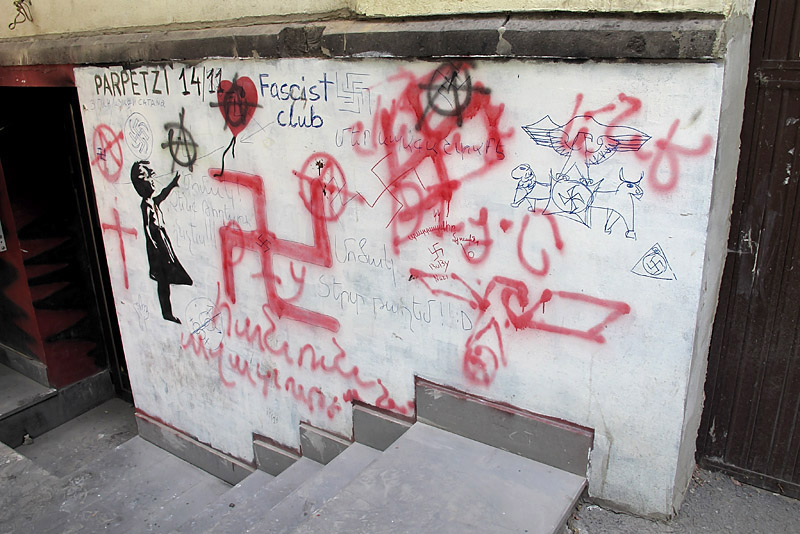 Proposed anti-gay propaganda legislation raises human rights concerns in Armenia, where violence against sexual minorities is supported by representatives of the institutions

Proposals to introduce legislation to ban the promotion of ‘non-traditional sexual relations’ in Armenia has concerned human rights activists in the small former Soviet republic. The bill, posted on the website of the Armenian Police, came a little over a month after Russian President Vladimir Putin signed into force similar legislation to prohibit ‘propaganda’ that might cause the ‘distorted understanding’ that gay and heterosexual relations are ‘socially equivalent.’ Fines of up to $4,000 for ‘propagating non-traditional sexual relationships’ in order to protect the ‘traditional Armenian family’ against ‘phenomena alien to national identity’ were included.

“We live in Russia’s shadow,” Mamikon Hovsepian, head of the PINK Armenia NGO was quoted by media as saying.

A few days later, Radio Free Europe reported that the bill was withdrawn by the police due to undisclosed ‘shortcomings’ and because such issues are ‘not a priority’ for them at present.

Others, such as prolific Armenian LGBT blogger Mika Artyan, were not convinced. “I didn't even manage to write a post on the already withdrawn gay propaganda bill, but will do so post factum as this is not the end of story,” he tweeted. He also told Osservatorio Balcani e Caucaso that he believes only international media coverage of the proposed legislation, as well as domestic ridicule, prevented it from being taken further.

Of concern to Artyan and other LGBT activists in Armenia is the alarming level of homophobia in the country and the wider region. According to a 2011 household survey by the Caucasus Research Resource Centers (CRRC) as quoted by local media, 96 percent of Armenian respondents said they did not approve of homosexuality. In neighboring Azerbaijan and Georgia that figure was 84 and 87 percent respectively. But given events in Tbilisi, Georgia, on 17 May when thousands of Orthodox believers disrupted an LGBT event to mark the International Day Against Homophobia and Transphobia (IDAHO), that will hardly come as any comfort.

Taken as a whole, the South Caucasus remains highly intolerant and inherently homophobic.

But at least Georgian LGBT activists did attempt to hold such an event in downtown Tbilisi. In Armenia, on the same day, a small group of activists from PINK Armenia gathered in a park on the periphery of the city center to release rainbow-colored balloons into the air. Photographs were posted on their Facebook page only after the short flash mob was over, and likely for good reason. A year earlier, although marking the 21 May International Day for Cultural Diversity for Dialogue and Development, nationalists disrupted an event staged by PINK Armenia and the Women’s Resource Center in downtown Yerevan. 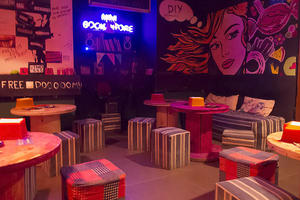 Police intervened, but did not prevent the counter-protesters, who alleged the march was a cover for LGBT rights, from later heading for a gay-friendly bar firebombed weeks earlier to wreck what little of the premises remained. D.I.Y., a small basement bar, had been a relaxed hangout for heterosexual and homosexual citizens and foreigners alike, but its owner, Punk Rocker Tsomak Oganesova, had irked nationalists in Armenia after attending a gay pride rally in Istanbul, Turkey. The firebombers, caught in the act on CCTV, were bailed out by MPs from the nationalist Armenian Revolutionary Federation (ARF-D). The government also appeared to support the crime.

“As an Armenian citizen and member of a national-conservative party, I find the rebellion of the two young Armenian people against homosexuals, who have created a den of perversion in our country and have a goal of alienating society from its moral values, completely right and justified,” ruling Republican Party Spokesperson and Vice President of the Armenian National Assembly Eduard Sharmazanov told journalists. Despite endangering the lives of residents of the apartment building above the bar, the firebombers received moderate suspended sentences in July this year. “Now you know it's ok to attack gays and gay-friendly venues in Armenia,” Artyan wrote on his blog.

Alarmingly, none of this is likely to concern most citizens. In 2011, Pink Armenia held its own poll and discovered that 71.5 percent of respondents in Armenia supported the idea of the government actively campaigning against homosexuality. In the same survey, 78.1 and 71.8 percent of respondents also said they would cease from communicating with friends and relatives if they discovered they were gay. Nearly 90 percent said they wouldn’t even use the same crockery if they suspected it had been used by a member of the LGBT community beforehand. Education and raising awareness might be key to changing perceptions, but even there the environment is hostile.

No Parada in Armenia

In October last year, plans by the German Embassy to screen Parada, a film about gay rights by Serbian film director Srđan Dragojević, were cancelled following protests. Those behind the demonstration had also organized the disruption of last year’s diversity march as well as International Women’s Day events in previous years. This time, another target was Ruben Babayan, Artistic Director of the Puppet Theatre, a venue for the film screening. “This is a feature film, which has been shown at many festivals,” Babayan told the media in response.

“By the same logic, I think you can ban the showing of films by Sergei Parajanov [an ethnic Armenian cultural icon who was convicted of homosexuality in the Soviet era],” he continued. “One should […] decide – either we turn this country into Iran and feel happy about that, or we just come to the realization that there are things like tolerance, feature films, and the arts.”

But although the Constitution provides for the protection of sexual minorities, with homosexuality decriminalized in 2003 and the government signing the United Nationals Declaration on Sexual Orientation and Gender Identity five years later, there is no legislation that specifically prohibits hate speech or protects members of the LGBT community from discrimination. Indeed, argue activists such as Artyan, playing on the phobias of the population can be convenient for the government in distracting attention away from other problems. The proposed legislation came in the wake of successful public protests to prevent a rise in bus fares.

“Armenia decriminalized gay male sex only because of that requirement by the Council of Europe,” he told Osservatorio, “but it was the last South Caucasus state to do so even if the first to sign some other groundbreaking documents in support of LGBT rights. The potential is there, […] but change will depend on the development of democracy and human rights in general.”