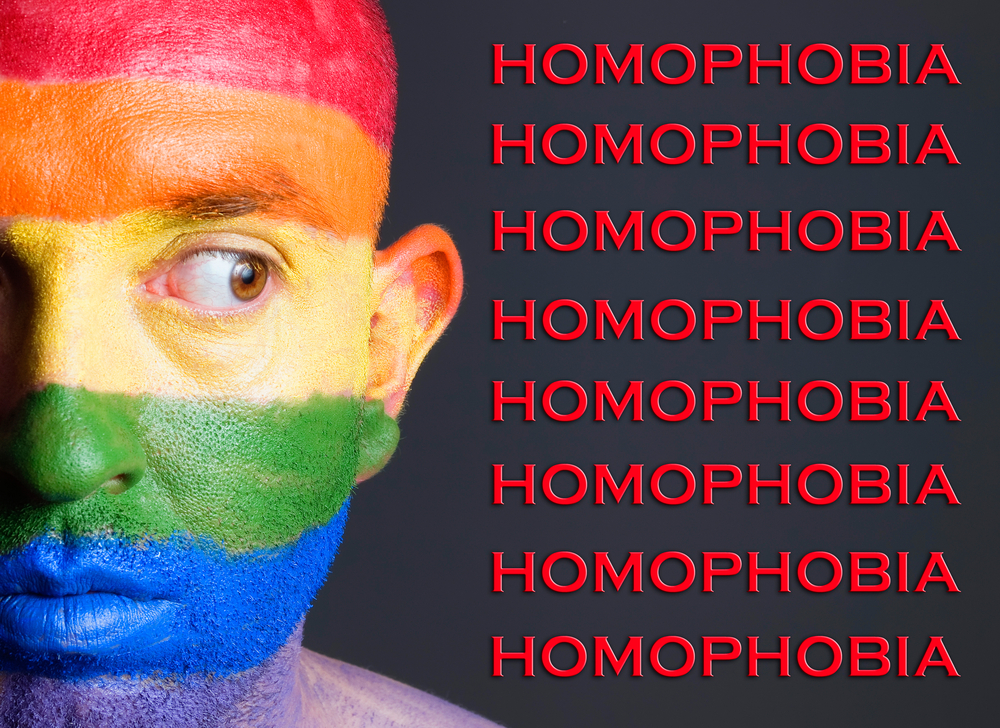 “Challenging Homophobia” is the title of the first European project for the protection and promotion of the rights of LGBT people in Kosovo.It was started to support a growing LGBT community, but has been intimidated by violent episodes tolerated by the institutions. Simon Maljevac from the organization Legebitra is one of the promoters of this initiative

On December 14th 2012 a group of about twenty men brutally broke into the Red Room of the Youth Palace “Boro i Ramizi”, a place where young people meet and cultural events take place, in the centre of Pristina near the renowned monument “New Born”.

This punitive mission finished with the destruction of the stage and physical aggression towards a young member, while the law enforcement officials, there to guarantee safety, remained immobile. This time the violence, not motivated by ethnic or political factors, was an act of intimidation towards the LGBT community in Kosovo.

That evening the fourth issue of the magazine “Kosovo 2.0” (www.kosovotwopointzero.com/en) was due to be presented to the public. After the three previous issues had dealt with topics considered taboo in Kosovan public opinion, like the image of post-independence Kosovo, corruption and religion, the Kosovo 2.0 staff had decided to take things even further, making “Sex” the title for the latest issue (available for download on the website). Inside the magazine a fair amount of space was dedicated to describing the living conditions of the LGBT community in Kosovo, through interviews with its members.

The physical attack was followed up by a protest demonstration of around a hundred people. Meeting outside the building they chanted slogans such as “out with pederasts!” and “Allah u Akber!”. In this climate of tension and violence, the organizers decided to cut short the magazine's launch.

An analysis of what happened is to be found in the words of a communiqué on Facebook by Kosovo 2.0 on the day after the episode: “the violent events of last night show indisputably the need for free and critical thinking (in the country). They also show how easily human rights can be put in danger by religious extremism, by gangs of football fans and by narrow-mindedness.”

What damaged Kosovo 2.0 is certainly not the first act of violence to be felt by the supporters and members of the LGBT in Kosovo. In late 2011 the staff of a bar declaring itself “gay-friendly” on the web (the “Pure Pure”) received heavy threats on internet and in person from a group of football supporters in the capital. The result?

A few months later the bar was refurbished and completely changed its look. The waiter who had been responsible for opening up to the LGBT community had been forced to go abroad to escape the insults and threats he had received. Similar episodes have also been experienced by the ngo “Libertas” which recently inaugurated a “social-space” in Pristina for the LGBT community.

These sad intimidatory acts give a perfect picture of the situation where on the one hand a small, emerging community tries courageously to assert its rights and on the other comes a reaction, often violent, tolerated by the institutions which, in Kosovan society, have a large homophobic fringe.

Simon, what are the living conditions of members of the LGBT community in Kosovo?

The people belonging to the LGBT community in almost all cases prefer to hide their identity and sexual preferences. They avoid speaking openly on the subject and about their rights. They have a well-founded fear of being discriminated against and stigmatized and are afraid of the consequences. The ngo Center for Social Group Development in Pristina, involved for many years in health services for members of the community, maintains that the behaviour of a traditionalist society, like the one in Kosovo, in terms of homosexuality intimidates most gays and lesbians, leading them not to tell anyone of their sexual orientation. So they live in a climate of constant insecurity and fear for their own future. This is why many seek refuge in other countries.

Homophobia is still deeply rooted in Kosovan society: the members of the LGBT community are victims of widespread discrimination not only in the public sphere, but also and especially in their families of origin, condemned to remain invisible. This is confirmed by the almost total absence, apart from a few exceptions in Pristina, of places to meet. There are no “LGBT-friendly” bars or other places, but just some rare private events or activities organized by activists in the community.

Compared with that of other countries in the region, the legal framework in Kosovo is in the forefront in terms of recognition of LGBT people's rights. What role do local institutions play in combatting homophobia?

Despite what the Constitution formally decrees, it is impossible today for the LGBT community to exercise its own rights because of the pervasive homophobia. The institutions' non-application of the current laws which recognise the rights of LGBT people, represents a crucial aspect of the existing difficulty in opposing homophobia. Not many cases of homophobia get reported and dealt with by the public authorities. But this does not mean that episodes of homophobia are rare, rather that LGBT people do not trust the authorities and consequently tend not to report them.

I think the only way to gain respect for the rights of LGBT people is the actual implementation of the existing legislation, and to increase the awareness and the knowledge of the public officials. Many workers in the police force and in the judicial system are prejudiced and have homophobic behaviour. This prevents them from doing their duty: often, in fact, they refuse to take seriously threats reported by the LGBT community or to follow up any crime committed against its members. This means that any homophobia present in the society is reinforced by this incapacity of the institutions to safeguard the rights of the LGBT community. In other words the relevant, existing laws are not in fact applied.

The fundamental problem is that there has never been a frank and open public discussion on sexual diversity in this country: public opinion has never taken this issue into account openly. Furthermore the media do not cover the subject of the rights of LGBT people. In most cases their interest is limited to violent episodes of homophobia, like the one against “Kosovo 2.0”. There is a real need to enlighten those not belonging to the community as to the conditions of daily life of the LGBT people and explain their rights.

What does your project consist of, and who are the people involved in it?

The basic objective of our project (“Challenging homophobia – Building support systems for LGBT people in Kosovo” ) is to support the LGBT community in Kosovo through an exchange of good practice, experience and tools with our organization. Legebitra (www.drustvo-legebitra.si) has been working for years towards social inclusion and safeguarding the rights of LGBT people in Slovenia and all over the Balkans. Through our initiatives we aim to improve the living conditions of LGBT people, giving particular attention to youth.

From the data and information we have collected in the preparatory phase, it has emerged that the level of organization of the LGBT community in Kosovo is particularly low. Thanks to the contribution of valid activists, some activities have taken place, but a systematic approach to the struggle against discrimination, stereotypes and prejudice is lacking. Through study-visits, training, research and communication we intend to support the move that the LGBT community in Kosovo has begun towards greater structuring and presence in the public and political life of the country. At the end of March, for example, we will be publishing the first report on the living conditions of the LGBT community in Kosovo.

Our strategy also envisages involving and informing Kosovan institutions, such as the local authorities, the police force, health service personel and teachers. The project is financed by the European Union, promoted by Legebitra and entails the participation, as partner, of IRD Slovenia Center for Peace and Tolerance.