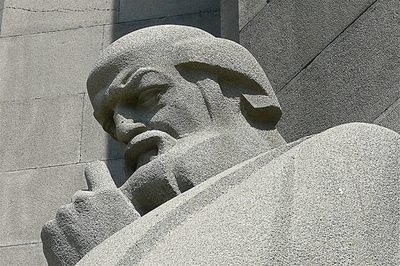 By-elections in the Armenian capital, Yerevan, show old tactics on the side of the government and a diminishing influence of the opposition in society. The surprise move of Nikol Pashinyan, the increase of voter apathy

Sunday’s parliamentary by-election in the Armenian capital, Yerevan, should have answered many outstanding questions about the government’s commitment to put the country back on the path towards democracy, and especially after the bitterly disputed 2008 presidential election which left 10 dead. However, it instead raised doubts not only about that resolve, but also about the level of support the extra-parliamentary opposition led by Armenia’s first president, Levon Ter-Petrosyan, can attract.

Moreover, and perhaps most alarmingly, it also signaled a return to the voter apathy which defined much of the 10 year rule by the previous president, Robert Kocharyan.

For Ter-Petrosyan’s Armenian National Congress (ANC), the vote was vital. Called after Khacahtur Sukiasyan, a wealthy businessman and one of its main figures, resigned his mandate in the autumn, the surprise decision by former fugitive newspaper editor Nikol Pashinyan to run was seen as a last ditch effort to prove it commanded widespread popular support. This was especially true given that the charismatic political firebrand is currently on trial charged with masterminding the 1 March disturbances following the 2008 presidential vote.

As it was, however, only 24 percent of 55,800 eligible voters in the central Yerevan electoral district turned out to cast their ballots. In 2007, when Sukiasyan held the seat, 53 percent voted, although government supporters claim that the wealthy businessman was paying and bussing in voters albeit on a smaller scale than the government in the elections for the Armenian National Assembly. Now, even some opposition supporters resign themselves to the ANC’s diminishing influence in society, as well as the reemergence of widespread apathy towards the political process.

Local political pundits assessed the campaign meeting led by Ter-Petrosyan two days earlier in much the same way. Known for his lengthy academic speeches, the former president was less enthusiastic than at previous meetings, delivering a far shorter and less optimistic address. Just 2,000 people attended the meeting during which he urged his main support base not to fall into despair. Even so, ANC office coordinator Levon Zurabian was more upbeat, telling journalists that victory would be a “slap in the regime’s face.”

A slap in the face it wasn’t, however, although there were others who did quite literally suffer from that fate. Towards the end of December, for example, more than a dozen members of the ANC’s Hima! (Now) youth movement were attacked while campaigning for Pashinyan. Some were hospitalized and the ANC was quick to point the finger at the ruling Republican party of the Armenian president, Serge Sargsyan, for organizing the attack. In particular, they accused the controversial Mayor of Yerevan, Gagik Beglarian (more commonly known to many Armenians as “Black Gago”) of responsibility.

Pashinyan’s main rival, Ara Simonyan of the once opposition National Unity party, denied being involved in the attack and even accused the ANC of masterminding the attack on their own members instead. But, with violence during election campaigns mainly associated with pro-government loyalists, few take such accusations seriously, something that was borne out on Election Day itself with reports of other attacks targeting the opposition. Petros Makeyan, one of Pashinyan’s campaign managers, was beaten outside a polling station alongside two associates. He suffered a broken nose.

Elsewhere, even the media wasn’t spared, with Radio Free Europe and other reporters obstructed from conducting their professional duties at some polling stations on Election Day itself. In one incident, the head of the Precinct Election Commission 10/19 refused to accept their identity cards and demanded they also show their passports in contravention of the Electoral Code. When the reporters did, he refused to accept them as well. Radio Free Europe later reported that the Central Election Commission admitted that such actions were violations of the law.

"As it was expected, in the unoccupied National Assembly deputy post of the No. 10 electoral district elections, the administration once again put into effect its arsenal of coercion, illegitimacy and electoral fraud, mobilizing all of its resources,” an ANC statement read. “[As a result,] the Armenian National Congress does not recognize the election results, which it will appeal in all the court bureaus, with the demand of recognizing [the election] as invalid."

Indeed, despite the low turnout, analysts and other observers concluded that the vote was conducted in much the same way as before, albeit with the government putting their weight behind a previously unknown candidate from a minor party which has long been considered to be close to Sargsyan. The opposition also alleges incidents of vote buying and ballot box stuffing and has demanded the results in at least two precincts be annulled. Meanwhile, National Unity’s leader, Artashes Geghamyan, thanked the three parties forming the ruling government coalition for their support.

And as well he might. National Unity’s Simonyan won with a reported 57 percent of the vote while Pashinyan attracted only 37.5 percent. But, although some ascribe the low voter turnout to the continuation of the New Year holidays, still others maintain that it instead marks the continuing decline and lack of interest in Ter-Petrosyan’s ANC. The congress rarely calls anti-government meetings and had even been contemplating dialogue with the authorities, including recognition of the president's legitimacy. If that is the case, then Ter-Petrosyan’s ANC has less than two months to prepare for the next major date in the Armenian political calendar.

On 1 March, the ANC will hold a demonstration and vigil on the second anniversary of the bloody clashes which not only scarred, but also now define the political reality in Armenia.