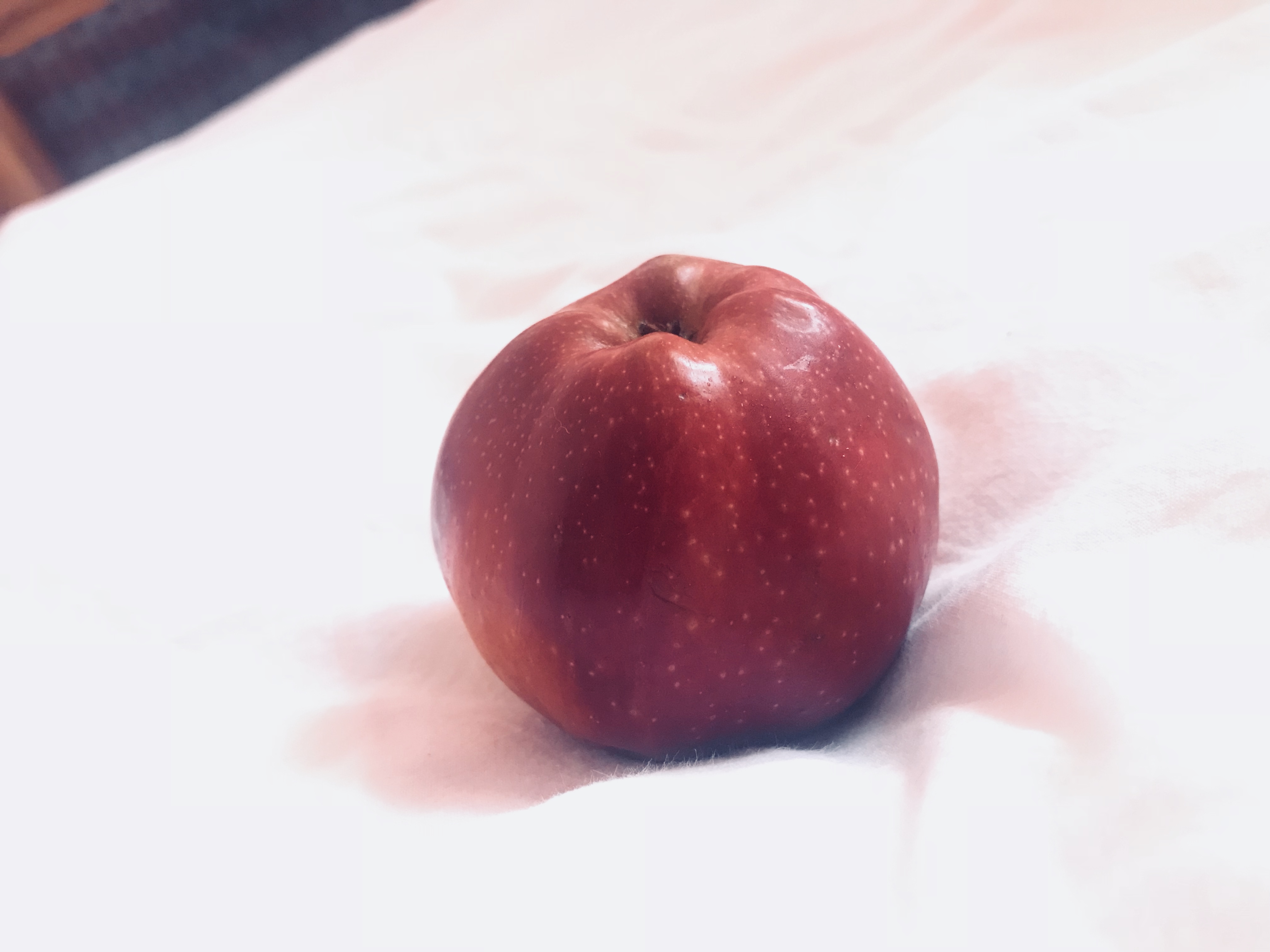 In Armenia, the red apple, besides being a fruit, is also a symbol. It symbolizes the Armenian girl's virginity. In traditional Armenia an opinion is accepted that the girl has no right to have sexual relations with anybody before the marriage

Anna (the name is changed) and her boyfriend have been studying at one of the most prestigious universities of Yerevan. After about a year of friendship, they got married in 2016, but their married life lasted only a few hours.

“At that time I was 22 years old. We organized a very luxurious wedding banquet, we invited about 300 guests, and immediately after our party we went to Tsakhkadzor, as we had decided that we would spend our first wedding night away from home, in romantic conditions”, recalls Anna. But after the first sexual intercourse, Anna's husband quickly stood up and examined the sheet.

“My husband was looking for a blood trace on the sheet which was to appear from the hymen... But there wasn't any blood. He was screaming, hitting me that I had lied to him that I was not a virgin... I would never think he could become a beast. I was crying, swearing that no man touched me in my life, but he didn't want to hear me...”, tells Anna. “I was crying all night on the floor. Early in the morning we went to a gynecologist where they had to check the existence of my hymen. The doctor examined me and said that it was not hurt, that I was still a virgin, but my ex-husband did not believe that. He excluded that 'a man like him' couldn't deprive me of virginity…”.

Since they could not understand each other, Anna and her husband got divorced. Anna returned to her birthplace, Vanadzor.

“Being a woman in Armenia is complicated. You must follow the moral prescriptions. Even though I did not have a normal family life, I have a label of a married-divorced woman – divorced with disgrace, as some people in our neighborhood believed the rumor that I was not a virgin, and that's a very bad thing here... Though I'm only 24 years old, I don’t think about getting married again. Anyway, I don’t want to stay in Armenia”, says Anna.

In traditional Armenia, according to the unwritten law, a girl has the right to have a sexual life only after the marriage. In the first wedding night, she must still be a virgin. She is obliged to lose her virginity only with her legal spouse.

“At the age of 18, I was badly in love with a guy with bad reputation. I followed him as if I was crazy. I did whatever he told me. He told me to have sex with him, and I had... At the age of 23, I fell in love with another guy. We were planning our wedding. I told him about my past, and the wedding was canceled...”, tells 30 year old Lilit (the name is changed).

Lilit moved to Yerevan from Gyumri. She works in one of the IT companies, she is a highly-demanded specialist. She got married 2 years ago, and now she is expecting her first child.

“My husband came to Yerevan from Gorismany years ago. When we were just dating, I cautiously began to talk about my 18-year-old crazy life. I was sure that he would behave adequately, but in a secret corner of my heart, I was afraid that he would suddenly say good-bye, I don’t need you without a hymen”, remembers Lilit with a joke.

Lilit's husband did not have a problem with the fact that she had had another sexual partner before him; he didn’t even want to know if it had been just one or a few partners. He only stated that he loves Lilit, and everything else is a formality.

“Unlike my husband, my mother-in-law is traditional. If my husband let her, she would even come and look for the traces of my hymen on the sheet. Fortunately, my husband forbade her and said that everything was fine. My mother-in-law took it as a sign that I was a virgin and sent the Armenian 'red apple' to my parents' home”.

Still in Soviet times, after the first wedding night the bridegroom's mother, after witnessing her daughter-in-law's virginity, would send a tray full of red apples, cognac and other gifts to the girl’s parents’ home. Thus, the bridegroom's mother expressed her gratitude to the bride’s family that they had given them “a clean”, i.e. a virgin girl, and the bride’s mother treated her neighbors and acquaintances with these apples, in her turn telling them about her daughter being a virgin.

“Life has changed in Yerevan in recent years. Not everybody sends these red apples to each other. It is no longer necessary that the girl should be a virgin, but only the guy and the girl should know about that 'greatest secret'. They should discuss that issue, otherwise there are still mother-in-laws who are against having a non-virgin daughter-in-law”, says Lilit, adding that the habits are still slightly different in her home town Gyumri.

By Lilit's words, just a few years ago, her neighbor had even shown her guests the sheet of the newlyweds and was proud that her son's wife was a true virgin.

Testing virginity with a medical microscope

“Not often, however, there are cases when young girls are brought to the hospital to check whether they are virgins or not”, says obstetrician and gynecologist Naira Vardanyan. According to the doctor, the girls are mainly accompanied by their mothers or mother-in-laws. They mostly come from the villages.

“In my practice even a strange incident happened when a girl was brought to hospital by her brothers. Her family wanted to marry the girl against her will, and she had told them that she had a boyfriend and had sex with him. We examined her and it turned out that the girl was not a virgin. They went away that day, but returned one day later to see how they could restore the hymen”, says Vardanyan.

Although being a virgin gradually becomes a non-important issue, many girls prefer to wear a wedding dress as a virgin, making some falsifications for that purpose. Though the hymen restoration surgery is not sanctioned in Armenia, in some maternity hospitals these surgeries are being secretly, internally implemented.

“It is mostly 20-year-old girls who apply for the restoration of hymen. They mainly feature a low educational level, although they come here already informed, they know what surgery intervention is going to be done, and what amount of money they are going to pay for it”, says the doctor, who didn’t want us to present her by her full name.

There are 2 forms of the hymen restoration: temporary and long-lasting. The temporary hymen most commonly remains for 7 days, costs from 50 to 100,000 drams, while the surgery with high-quality materials, after which the restored hymen does not have a deadline and will be torn when a woman wants to have sex again, costs 200,000 drams.