Armenia: domestic violence and the pandemic, houses are a prison 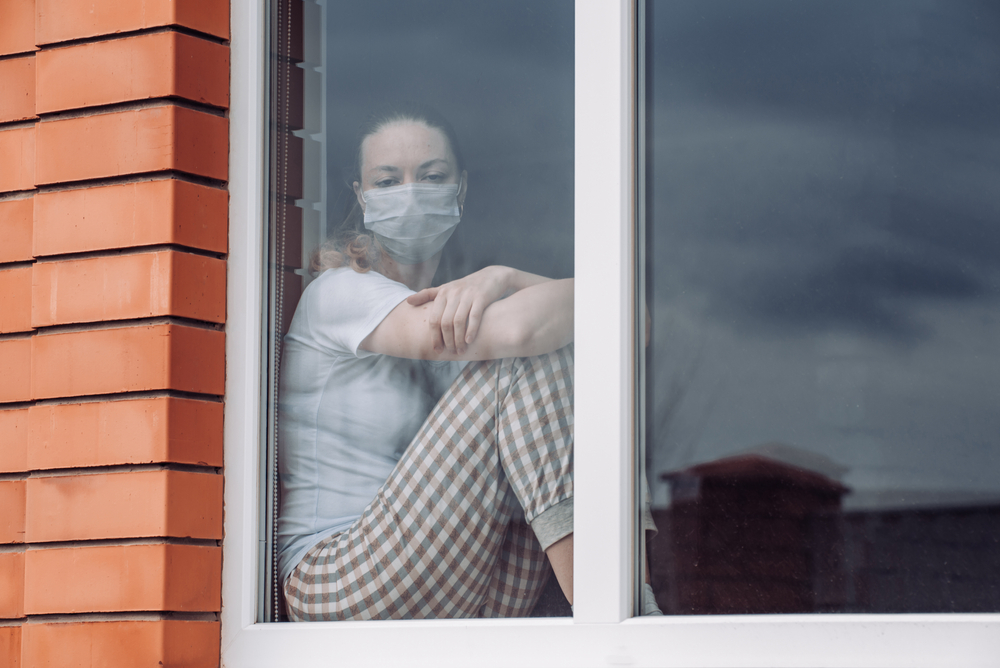 Woman at the window during lockdown (© Tatyana Blinova/Shutterstock)

Armenia is unfortunately no exception - as in many other countries in the world, the lockdown has led to an increase in cases of domestic violence. Anna's story

“For me, paradoxically, work was when I could rest. There was a phase in my life when I lived in a state of constant alarm”, says Anna, 35 (the name was changed at her request).

Since March 2020, due to the coronavirus epidemic, a state of emergency was declared in Armenia and many started to work remotely, including Anna, who worked in a call centre.

“The nature of my work is such that we also started working from home. I have to answer the phone, register an order, and then manage the delivery process. I constantly talk on the phone and imagine doing that in the presence of my drunkard husband, who is just looking for a chance to curse and hit me”.

Anna got married 7 years ago. On the first day of her married life her husband, out of nothing, broke some dishes and beat her. If in the past he would hit her once or twice a month, during the quarantine it would be a few times a week.

“No week would go without a fight in our house. Sometimes I talked on the phone and he pulled my hair and slapped me. Eventually I had to ask for leave, I was ashamed and risked being fired from work”.

Anna's husband does not have a permanent job. He is a builder who works from time to time. Trying to justify her husband, she notes that because of the coronavirus life in the world stopped, and so did her husband's work. Thus he got depressed and started getting drunk almost every day, becoming more aggressive.

Increase in cases of domestic violence

Due to the coronavirus pandemic, many countries introduced restrictions on movement, calls were made to stay at home, sometimes quarantine was declared. Shortly afterwards, the first reports came of an increase in domestic violence cases.

"While addressing the healthcare emergency, states must not forget to protect the right of women and children to live without violence. It is necessary to take proper measures to ensure their safety when families are in isolation", OSCE Secretary General Thomas Greminger said.

The problem was exacerbated in Armenia as well. As shown by several studies, domestic violence cases increased since March 15, 2020, when almost everyone was at home for about a month after declaring a state of emergency. Between March 16 and April 20, member organisations of the "Coalition to stop violence against women" registered 803 reports of domestic violence - about 30% more than the same period in the previous year.

The NGO "Women's Support Center" had 79 calls in April - 50% more than in the same period of 2019. About 50% of calls are requests for social assistance for victims of domestic violence.

“Violent men became more aggressive during the lockdown. It is also a psychological problem. They were at home, locked up, losing their jobs, which made them even more nervous. Women did not go to work either, they stayed home, victims”, notes Hasmik Gevorgyan, head of the Women's Support Center.

Coronavirus and the conflict

In the fall, however, the situation in Armenia changed. In small steps, life was going back to normal. In September 2020, the pandemic seemed to ease in Armenia, new cases were decreasing day by day. Many were going back to work outside the home, schools would open. The positive trend, however, did not last long. The conflict initiated by Azerbaijan over Nagorno-Karabakh did not help.

Meanwhile, the pandemic was raging in Armenia. In terms of infection rates, Armenia was returning to June's records, when the highest numbers of infections were registered and the healthcare system was fully committed to managing the epidemic. Specialists explained the increase in infections mainly with the situation at the border. Worried about the tension on the front lines and the news of the victims and the wounded, people became less vigilant.

In November, the military actions were over. In parallel, the number of new cases of coronavirus began to decrease. The healthcare system began to breathe. Although numbers have remained manageable since the beginning of the year, the Ministry of Health announced that emergency measures will remain in place until July 11.

At the same time, taking into account the current situation, some restrictions have been mitigated. For example, foreigners may enter the country via land border crossing points, but only with a negative test result from the previous 72 hours. It is also possible to test at the border and self-isolate until the results come. However, some restrictions will remain, namely the mandatory wearing of face masks.

“Armenia is open, but the world is getting closed”, says Anna, whose husband is still in Armenia. “He can’t go abroad for work because Russia does not accept him. Russia also announced some mitigations, but my husband cannot travel there yet - workers like him are not allowed”.

Anna's husband is doing private work these days. She says he also took part in the military actions. Although the episodes of violence have now decreased, she does not rule out that they will happen again.

"I count the days when the borders of the world will open. I feel that peace in our family will not last long. If my husband stays home a little more, maybe we will break up. Our lifestyle is arranged so that from time to time we need to live apart from each other. Maybe the coronavirus will eventually destroy our family”, says this woman that - like many others - unfortunately has not yet found the help she needs to be free from her nightmare.