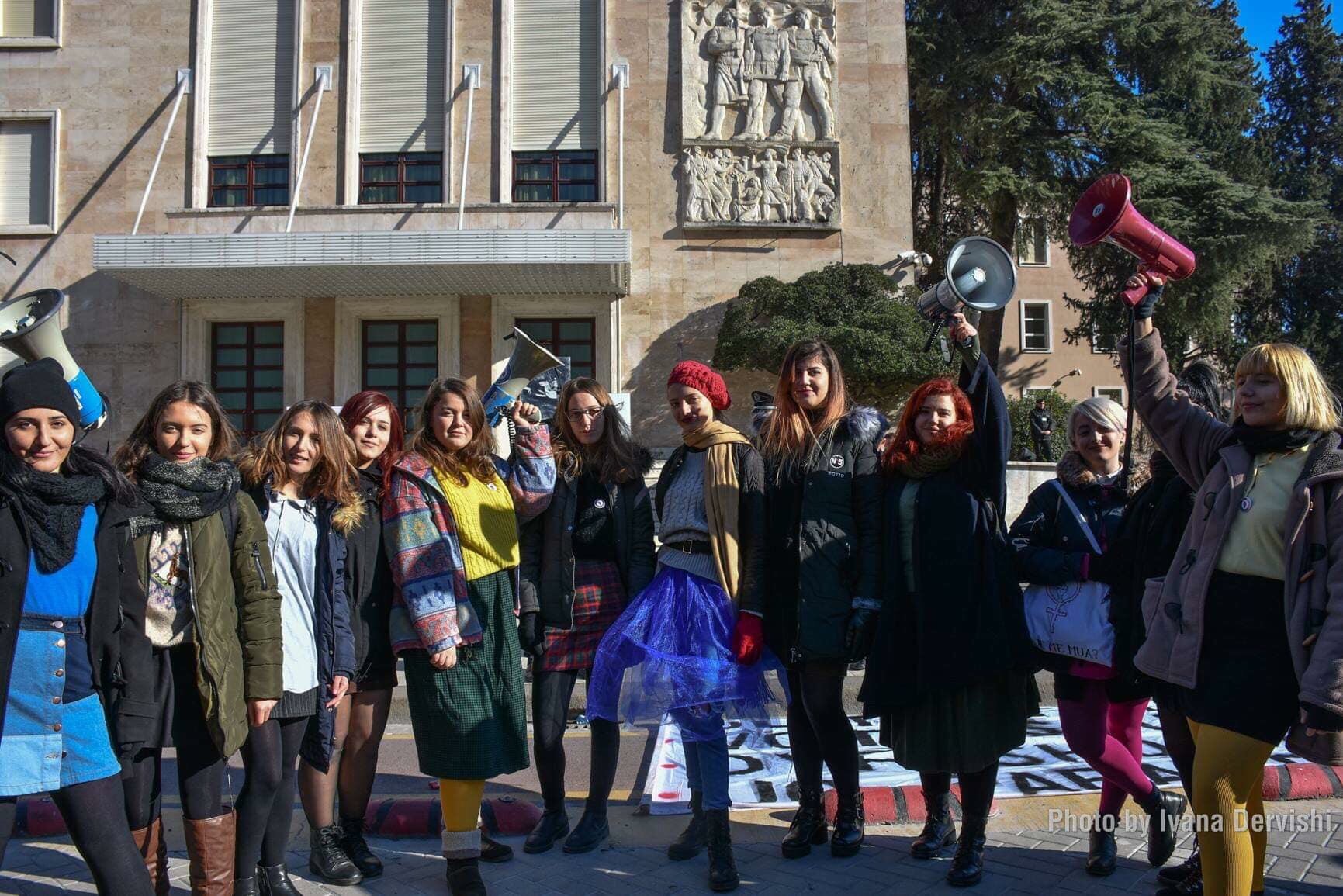 Gresa Hasa, an Albanian activist of the Lëvizja Për Universitetin movement, explains why she feels European. Europe is, in her opinion, a moral concept rather than a geographical one

While the European Union celebrated May 9th, Albania – an aspiring member – declared the entire week as “Europe Week”.

When it comes to millennial Albanians, I must admit, there has never been a generation that felt more European than we do, all the while living at Europe's doorstep. Our parents’ generation experienced youth under a regime of terror and, after its fall, Europe became a dream, unattainable for most, but a dream nevertheless founded in a very rudimentary, naive, and mostly romanticised idea of a place of abundance, refinement, and opportunity.

For those of us who were born during the transition period and in the era of technological evolution, wide exposure to European ways of life, politics, and culture – especially via the Internet and social media – shaped a certain approach towards Europe that is more informed and more critical.

Nevertheless, it seems to me, there is Europe and then there is the idea of “Europe”: a social construct, a concept, an ethos, a goal, and a moral destination of sorts.

A rush of vitality for Albania's society and future. An interview with Gresa Hasa, an activist of the student movement that is giving the Albanian government a hard time

So, which Europe is actually commanding Albanian millennials’ collective imagination and attention? Hard to say – but definitely not the Europe of ethno-nationalism, far-right extremism, neoliberalism, and any other such “-isms” in the political spectrum.

This is definitely not the kind of Europe that most people of my generation think of when they indulge in aspirations of a future as citizens of Europe. The Europe we envision is one where fascism and nazism are lessons from the past, not the dire issue of the present. The Europe we look up to and feel part of has a human face, where migrants seeking safety from violence are offered protection and not left to drown after days at sea, to reach Europe’s coasts only as bodies.

Yes, “our” Europe has probably never opened its doors and hearts for those escaping the horrors of bloody wars, abject poverty, oppression, and injustice – mostly, the consequences of interest clashes between the major powers. However, the “European” narrative that remains dominant, especially in Eastern European countries, is that of a Europe of liberal democracies, the Europe of the Declaration of the Rights of Man, a Europe holding up human dignity.

Last May 9th, on Europe Day, while reading in a street café in Tirana about the activities across the continent celebrating peace and unity in Europe, it occurred to me that it rarely occurs to me to question my “European-ness,” which might sound odd to any formal resident of the European Union. Odd or not, I do identify with my generation’s struggles across Europe, with their ideas of a new world, a world where in the second largest economy on this Earth, there must be no place for poverty and misery because there is abundance of resources in it for all of us; where social justice and equality prevail; where education is accessible to everyone; where workers are compensated and treated fairly; where protecting the environment and taking measures against the climate crisis is a non negotiable pursuit; where living your life freely and without fear as a woman, an LGBT+ person, a person of color, a person of faith, or as an atheist is a given, because coexisting in peace with others that do not share the same belief system must not be that hard.

Our generation’s concept of Europe refuses to perceive borders because we refuse to see walls where there should be none, and because we believe in bridges and solidarity first, not division.

Widening the focus of observation, I also realise that my country of origin faces the same issues and challenges as all EU countries, especially if one looks into the root cause of the crises rather than their symptoms.

The notions of “solidarity” and “community” seem to exist only theoretically in Europe, whereas alienation and isolation abound. It is easier to see the Other as a hostile foreigner rather than a friend when you are being led to believe that the immigrants are stealing you chances, the product of your work, and your benefits.

This turns people into lonely islands floating around each other, but not communicating with one another, eager to galvanise around the first amoral ideologue.

Neoliberalism on one hand, and xenophobic far-right politics on the other seem to be two sides of the same coin in the European political landscape: they both are extreme responses to austerity measures, the concentration of wealth in the hands of the few, and the refugee crisis.

The necessary counterweight to all of this, naturally, is the rise of a broad progressive front: a promising young generation that is highly active, mobilising to halt xenophobia and far right speech and to restore Europe's founding values such as humanity, equality of opportunities, solidarity, and progress.

In this sense I feel very close to my “brothers-in-arms” around Europe and their struggles, activists like Greta Thunberg or students in England and elsewhere rising up for better educational policies, thus engendering a revival of democratic values. I identify with my European colleagues – workers without borders – organising to demand working conditions and wages that afford dignity in the workplace; I identify with people of all generations coming together in solidarity, standing up to fascism and violent radicalisation, for a more prosperous future that belongs to us all. Far from being an anchor of stability, the Europe they (and I) envision has not fully materialised, hence we should never cease fighting for that ideal.

This is why, perhaps, every time I’m on the streets of Albania, protesting for free and better public education, or seeking to hold the government accountable for the rights and safety of workers, I feel as part of that same European family that sees change precisely in these kind of efforts. I believe it is important for my generation – both those of us who can afford the latest iPhone and those of us who cannot – to make every effort to engage politically in order to improve the quality of life locally, thus enabling the betterment of our lives on a larger scale.

A rush of vitality for Albania's society and future. An interview with Gresa Hasa, an activist of the student movement that is giving the Albanian government a hard time