Lexical cleansing: Slavic toponyms in Albania (or out of?) 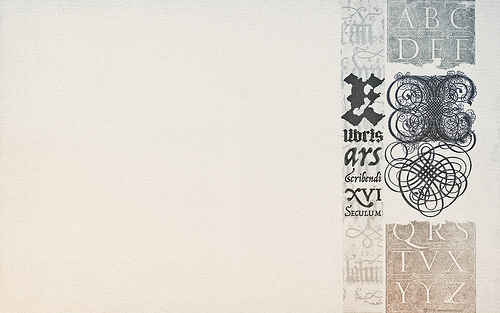 At first people in Albania thought it was a joke, but politicians in that country have proposed the creation of a government commission to "Albanize" all place names of Slavic origin...and there are many of those. A commentary

Since Kosovo's declaration of independence, Albanian politicians appear to have gained popularity by coloring their talk with patriotism in an attempt to increase ratings rendered vulnerable by the country's serious political and economic problems. Patriotism has become the lens through which issues like public works, economic initiatives, debates on history, and identity are viewed. Over the last few months, that rhetoric has led to the increasingly common suggestion that Albanian toponymy should be "de-Slavized."

Current president Bamir Topi first mentioned the idea during a routine visit to a village in the country's northeast. At first, it seemed like a simple gaffe made by a president who lacked better speech ideas for a minor event. But a few months later, Prime Minister Berisha also mentioned Slavic toponymy. Berisha, discussing the issue in one of his new government's first meetings, did not hesitate to take the idea further. "We have to create a commission to replace all the Slavic toponymy in the country with corresponding Albanian toponyms originating before the Slavic invasion," Berisha said.

At the same time Berisha mentioned the issue of Slavic toponyms, the Albanian government was discussing the need for mandatory Albanian names for all licensed private ventures and enterprises in the country. The Prime Minister suggested that a commission be created to go through the names and apply censorship as needed. In that sense, Berisha went even further with a proposal to "Albanize" all place names in the country.

The stance, while not new, comes unexpectedly and is difficult to understand. The widespread Slavic toponyms, found all over Albania's territory, have always been a concern for Albanian nationalist intellectuals. These Slavic place names undermine a thesis crucial to the legitamacy of the Albanian nation-state and the basis of the country's nationalism: the story of Illyrian-Albanian indigenousness.

What is more, the prime minister's statement derives from a common thesis found in Albanian classical nationalism according to which the abundance of Slavic toponyms across present-day Albania is a result of past invasions by neighboring states' and their repression of Albanian territory.

The valid view of the Albanian nationalist politicians and intellectuals is that the Slavic toponymy in Albanian lands was imposed by ethnic Slavic rulers who, at different times, dominated this part of the Balkans. This view assumes that Albanians were an indigenous people, continuously present without interruption, who were constant victims of waves of migration of other Balkan peoples. This view, in response to neighboring nationalisms, attempts to firmly exclude the presence of the Slavic population on Albanian territory.

In order to reconcile history with the existence of the present-day Albanian nation, this particular presentation of Albanian history depicts the Albanians as static and ethnically and culturally unchanged over time.

But the issue is very complex. Albanian territory is so crammed with Slavic place names that non-Slavic place names, such as those of Albano-phone, Greek, Turkish , and Italian origin, seem like a tiny minority.

Even Prime Minister Berisha's idea to form a commission to create Albanian place names seems like a huge and costly initiative, not to mention being out of order and ridiculous on account of its primitive eighteenth-century nationalism. But for the time being Greek place names in southern Albania, Turkish ones in other regions, and Latin and Italian ones along the coast do not seem to be a source of concern.

Albanians were indifferent to the proposal and did not debate it. The only retort came from some journalists who ironically suggested that the Prime Minister should start the place name de-Slavization process in his own village of birth, Viçidol. The Albanian bloggosphere greeted the news with excitement. Albanian bloggers consider the "Albanization" of the toponymy a necessary measure, pointing to policies enacted by other various newly-founded nation-states.

The practice of renaming places is not new in Albania. Enver Hoxha's national-communism made many attempts at de-Slavization, particularly in the southeast regions of the country. Even the family names of the Slav-speaking minority were Albanized, their typical endings replaced by more Albanian-sounding, "Illyrian" endings. Some Slavic family names were fully replaced by Albanian names. The mechanism at present does not seem very different from that of the Hoxha regime. National-communism interpreted the Albanian past according to its own criteria and moulded national identity.

The fact that the issue of Slavic place names has resurfaced, even today, contradicts the Albanian government's continuous international declarations that Albania wants good relations with its neighbors. It is also an indicator of the typical way in which Albanian nationalist rhetoric cultivates a sense of victimhood and paints Albania's neighbors as continuously creeping in on Albanian territory.

But the issue extends beyond Albanian territory. It is worse in the youngest Balkan state of Kosovo where the replacement of Slavic toponyms with Albanian ones - in the tradition of one of the oldest instruments of nation-building - has been carried out. Villages and regions were renamed and the name of the new republic was also an issue. The country's former leader, Ibrahim Rugova, had proposed renaming the country after an ancient Illyrian region: "Dardania."

Given the great problems facing Albanian political establishment and the relatively minor importance of toponymy, few take the Prime Minister's initiative seriously. Certainly the message Berisha's statements send to the media does nothing but exacerbate the cliché of Albanian nationalism.